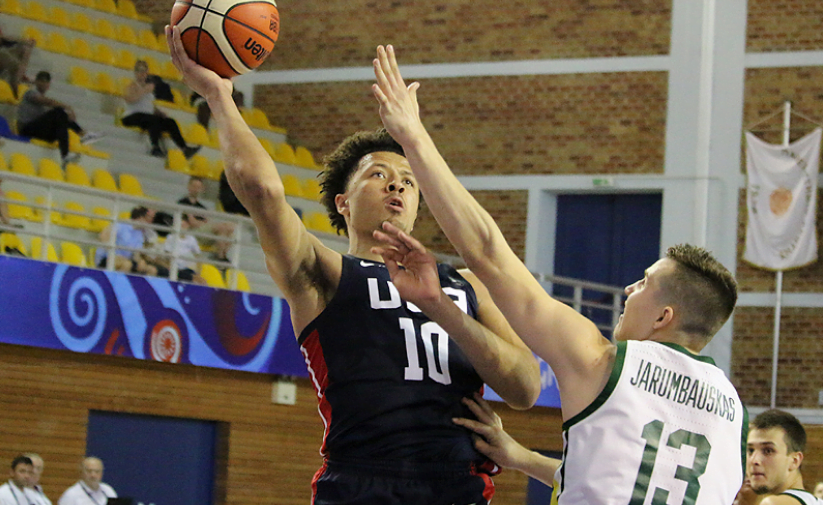 Even after his brother was hired as an assistant coach on Oklahoma State’s staff, Cade Cunningham, the No. 3 overall player in the 2020 recruiting class, is playing hard-to-get.

Cunningham talked recruiting with 247Sports’ Evan Daniels this week during his time with Team USA in Greece, and he reiterated that despite the hire, he’s still open (a sentiment he shared last week, too.)

“I don’t think it [changes things], very much,” he said. “I’m still very open to everybody. A lot of people feel like I’m going to announce my commitment soon or something, and that’s not the case. Obviously, I wanted my brother to take the job, it’s an incredible opportunity for him. So, I still like Oklahoma State, obviously that’s a big factor in my recruitment, but if a school wants to stop recruiting me because of it, that’s their problem. I’m still open, and I’m not choosing anybody right now.”

Cunningham has not been forthcoming about his recruitment timeline, but that has changed now that he’s prepping for his senior year. He says he’s not in a hurry, but also that he doesn’t want to wait until the last signing period so he can commit and recruit.

“No, not in a hurry. I don’t want to wait until the last signing period,” he said. “I feel like that doesn’t really make any sense. I’d want to commit as early as possible and then recruit other guys to come to the school that I’m at. When I know I’ll go, I don’t want to waste anybody’s time. A lot of people already know where they’re going.”

Taking a stab at when a commitment will come based on Cunningham’s comments — before the final signing period and early enough to recruit for the team of his choosing — I expect it could come sometime this fall. The early signing period is in mid-November, and the final period starts in April 2020 and runs through mid-May.