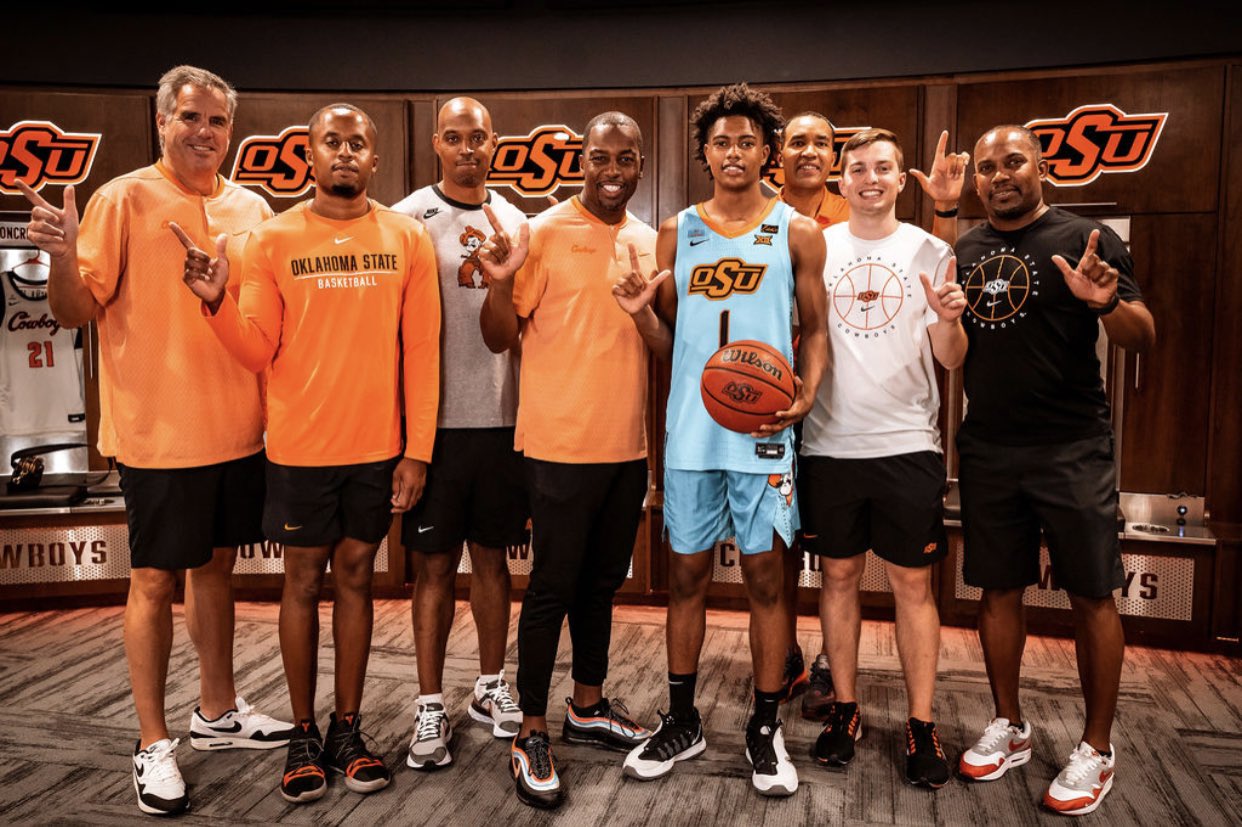 Mike Boynton and the Cowboys have made a ton of 2022 players’ top groups over the past month, and now Oklahoma State is hosting a blue-chipper from the 2023 class.

Bryson Warren took to Twitter Saturday evening to share pictures from his OSU visit. Warren is a five-star prospect, the No. 18 player in the 2023 class, according to the composite system.

A 6-foot-2 combo guard who will play Link Year Prep in Branson, Missouri this school year, Warren is originally from Little Rock, Arkansas. With Little Rock Central as a sophomore this past season, Warren averaged 26.9 points, 3.6 rebounds, 3.9 assists and 2.8 steals a game.

Warren announced an OSU offer in June of 2020. OSU was his sixth Division-I offer. He has made a bit of an unofficial visiting tour in recent weeks, also stopping by to see Kansas, Tennessee State and Arkansas. He also has offers from Memphis, Texas A&M, Texas Tech, Tennessee, Auburn and others.

In the past, Warren has played with the Oklahoma-based Team Griffin AAU squad, but he played with Mokan Elite this summer, based out of the Kansas City area.

Warren is an elite-three level scorer who is particularly good pulling up off the dribble. Here are highlights from his sophomore season where he led Little Rock Central to the 6A state championship game.