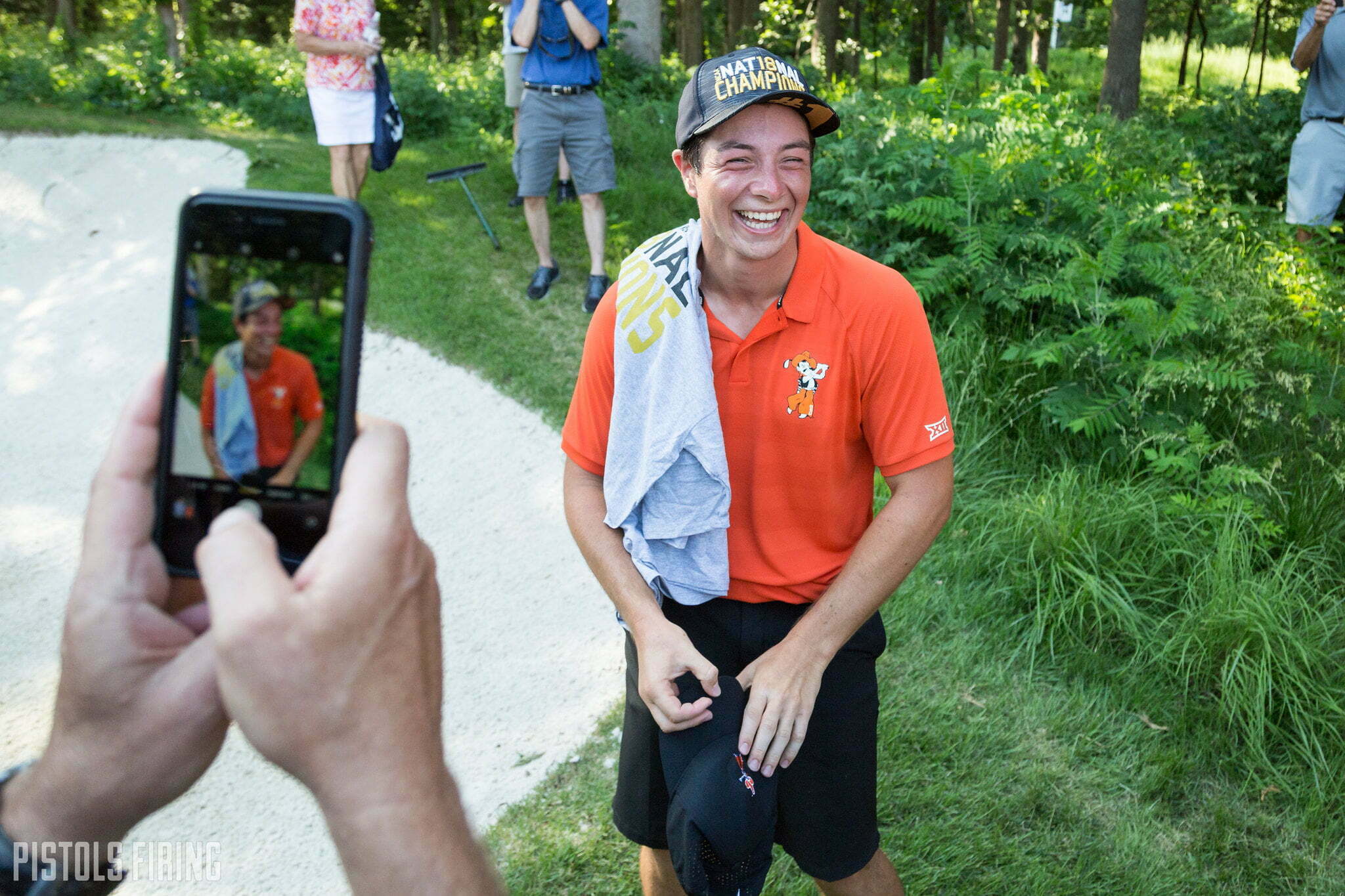 This year’s NCAA Championships at Blessings Golf Club in Fayetteville, Arkansas will be the end of a very specific, unbelievable run for an Oklahoma State men’s golf team looking for its second title in as many years.

The Pokes take a No. 1 overall team ranking as well as the No. 1, No. 4 and No. 20-ranked players in the World Amateur Golf Rankings — Viktor Hovland, Matthew Wolff and Zach Bauchou respectively — into Arkansas looking to touch off a two-year stretch that could feasibly include 17 wins, 15 medalists, a Big 12 title, two regional titles and two national titles.

Here are five things that are at stake when Oklahoma State tees it up with Wake Forest and Arizona State (two of the other top three teams in the field, according to the coaches poll) on Friday at 12:10 p.m. and Saturday at 6:50 a.m. in the first two rounds of the 2019 NCAA Championship.

1. Back2Back: Even though Oklahoma State has won 11 national titles*, none of them have come in back-to-back seasons. Former OSU teams have won more tournaments in consecutive years and maybe been more accomplished in the regular season, but the ultimate trump card when all the alums get together is saying that nobody in college golf was better than you were for two straight seasons when it mattered most. Of all the great, accomplished OSU teams, only this one has that opportunity.

*Even more remarkable than the 11 titles? How about 17 runner-up finishes. They also have 54 top-five finishes in the 73-year history of their golf program. Seems good.

2. Touching Houston: Oklahoma State has the second-most NCAA titles in college golf history behind the University of Houston. The Cougars have 16 (!), while OSU has 11 going on 12. Next best behind them is Stanford with seven. The only other team with more than four is LSU with five. You want more? Not including this year, Oklahoma State has 129 first-, second- and third-team All-Americans in school history. Second place? That would be Houston with 72.

3. Scoring Record(s): Hova and ? are both staring down the all-time Oklahoma State scoring record (see below). Wolff would have to fire four 78s (lol) to not break the record, and Hova would have to shoot four 76s. It’s not a matter of “if?” but rather a matter of “which one?” Fitting, given their eight combined medalists this season and the reality that they’re probably going to split the Ben Hogan Award (Hovland already won it) and the Haskins Award (Wolff).

Scoring averages going into the NCAAs …

4. Ten Indys: Only nine Pokes have won the individual title in OSU history.

Somebody — like somebody who is going to break the school scoring record and is currently a top-five amateur on the planet? — is going to have a chance to be No. 10 in Fayetteville on Monday afternoon.

5. A Proper Sendoff: Wolff (So.) is gone. Hovland (Jr.) probably is, too, especially after winning the U.S. Am, taking low am at the Masters and scoring the Hogan earlier this week. Like I noted off the top, this is the end of an era for these Pokes. Sure, they’ll likely still have Austin Eckroat (U.S. Open-qualifying Austin Eckroat, I should note), and the recruiting is as good as it’s ever been. But with seniors Bauchou and Hayden Wood exiting stage right with Hovland (probably) and Wolff, this is certainly a last hurrah for one of the great teams in Oklahoma State golf history.

Proud to have @OSUCowboyGolf's Viktor Hovland as the newest member of the Hogan Award fraternity! Watch this clip and you'll see why.