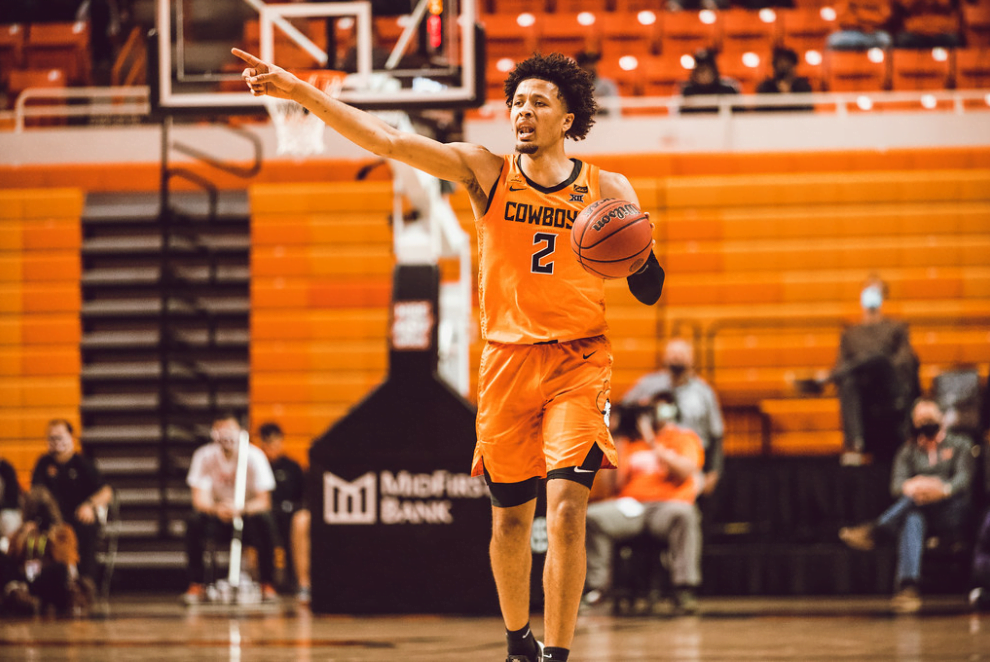 The Cowboys head to Austin on Sunday in search of their first Big 12 win. Here are five things to know about OSU’s tilt with No. 11 Texas.

The Cowboys’ second Big 12 game will be a little harder for some to consume since it’s being streamed exclusively on the Longhorn Network.

But those who didn’t pony up the money for a LHN subscription — or aren’t friendly with a Longhorn fan — can still listen to your favorite favorite radio duo of Dave Hunziker and John Holcomb.

The Cowboys got their first taste of conference action on Wednesday and came up short when they were not able to hold off a rally from TCU, but this will be the Longhorns’ first Big 12 game of the year.

Shaka Smart is 1-4 in conference openers at Texas but this looks like it might be his best Longhorn squad in six seasons in Austin. For what it’s worth, Mike Boynton is now 0-4 in Big 12 openers.

3. Texas has been tested

The ‘Horns may have not played a Big 12 team yet, but that’s not to say they’re untested. Texas’ only loss came to current No. 12 team Villanova by four, just four days after Texas earned two-point win over No. 14 North Carolina to win the Maui Invitational.

The Longhorns come in ranked second in the Big 12 in scoring defense (37th nationally) allowing just 60.9 points per game. KenPom tabs UT as the No. 4 team in defensive efficiency. Teams are shooting just 40.5 percent effective field goal percentage (13th nationally) and 26.7 percent from 3 — slightly under OSU’s 😬-worthy 30.7 percentage from deep.

The ‘Horns aren’t elite on the defensive glass, allowing a 28.4 offensive rebounding percentage (169th nationally). OSU comes in at a clip of 30.0 percent (57). Capitalizing on second-chance opportunities will be crucial for the Pokes.

5. Familiar foes will factor in

There will be some familiar faces donning that other shade of orange on Sunday, and they will account for a big part of the Cowboys’ gameplan.

Freshman forward Greg Brown picked UT over OSU, a team also in his final group. He was also on the same Nike EYBL team with Cade Cunningham, Rondel Walker and Montreal Pena. Brown is the Longhorns’ leading rebounder and third-leading scorer.

The Longhorns’ leading scorer Courtney Ramey is another touted recruit that included OSU in his list top list of schools but who Mike Boynton narrowly missed out on.