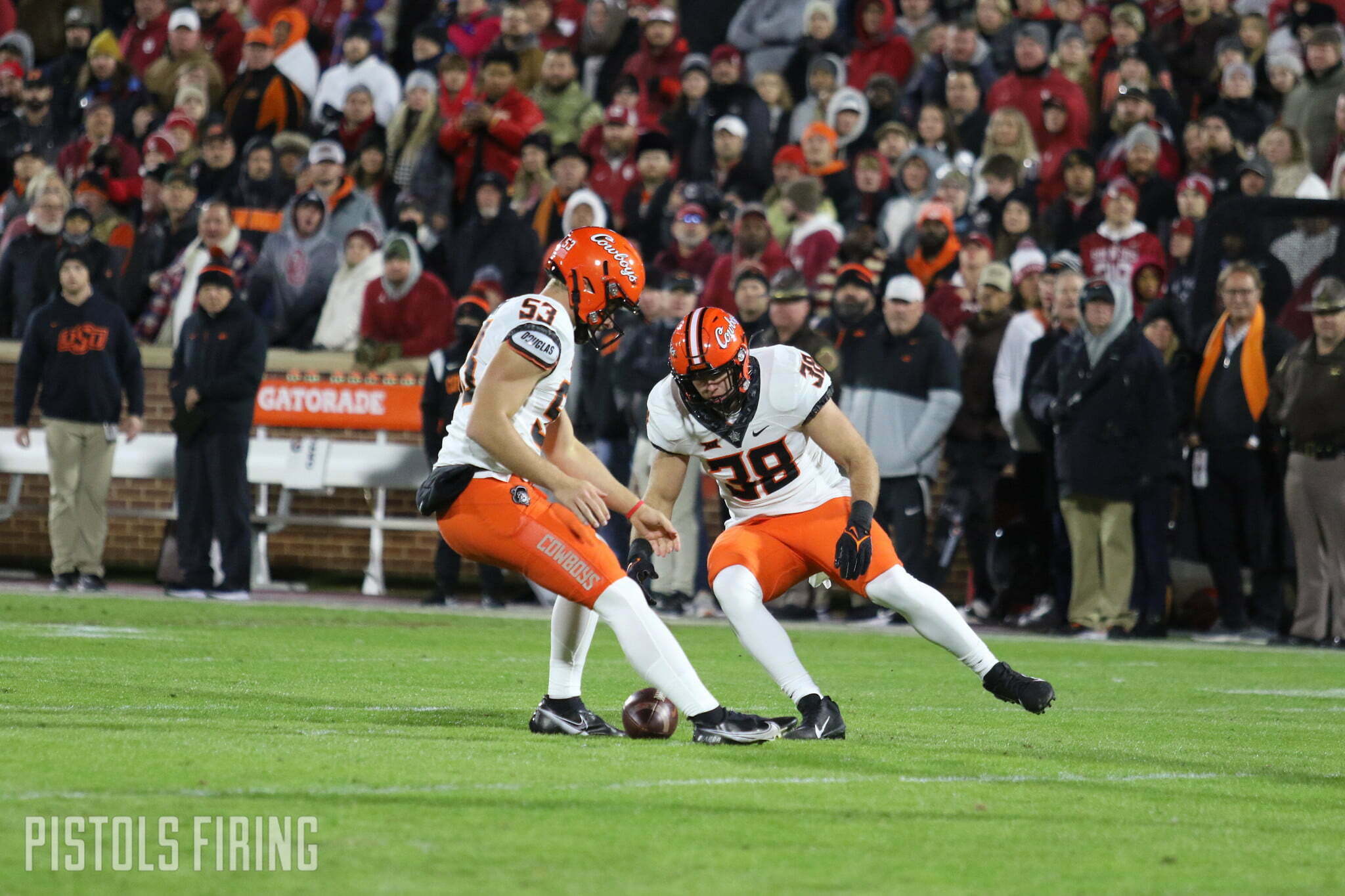 The final game of the 2022 regular season is, mercifully, upon us on Saturday as Oklahoma State plays host to West Virginia in the first 11 a.m. kickoff of the season.

Here are five things to know as the Cowboys look to put a bow on the season with a potential extension of its program-best home winning streak.

1. OSU has won a school-best 14 consecutive home games and can extend its home winning streak to 15 games with a win Saturday. A win would also give OSU its eight consecutive win over the Mountaineers, extending the longest streak by either team in the series. (OSU owns a 9-4 all-time advantage.)

2. Saturday marks the annual Senior Day for OSU, where it will bid farewell to a number of key contributors over the years on both sides of the ball. Via OSU’s website, below is who will be participating, including Spencer Sanders (!)

3. A win Saturday would mark the second time in school history that OSU has had a perfect home record in consecutive seasons. The first (and only) time that happened was in 1917 and 1918, back when Oklahoma State was then Oklahoma A&M.

4. OSU’s defense over its last 36 games has allowed teams to convert only 27.6% of the time on third down. West Virginia ranks fifth among Big 12 teams in third down conversion rate on the season at 40.82%, but has converted on third down on only 26.83% of its attempts over its last three games.

5. West Virginia coach Neal Brown, whose seat is quite literally in flames in Morgantown, is 0-3 all-time coaching vs. Mike Gundy and OSU. They have lost four of their last five games (but, of course, beat OU two weeks ago.)