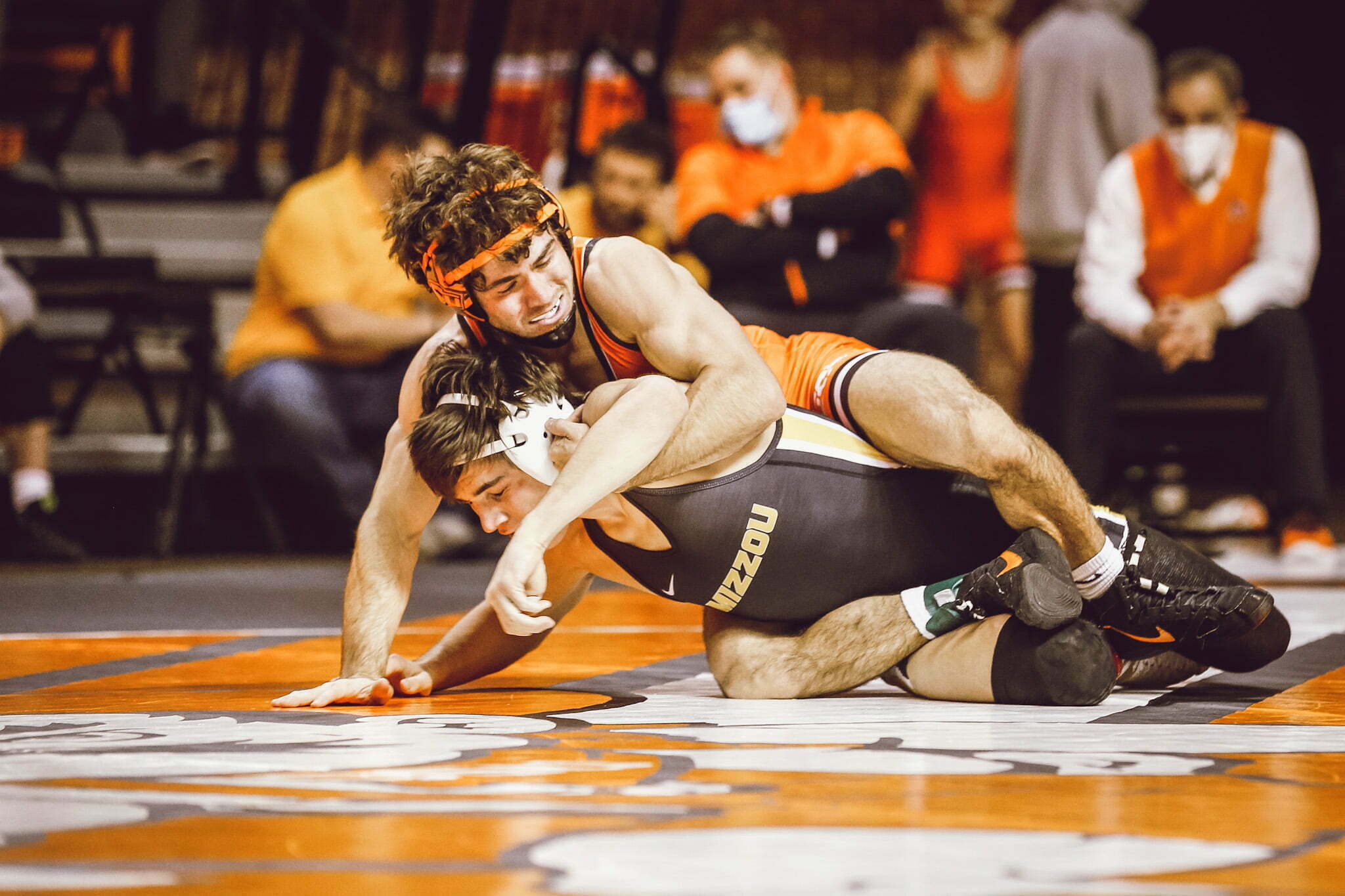 The Big 12 wrestling tournament is this weekend, and I thought I’d lay out five interesting storylines for the weekend.

The Big 12 is stacked at 197 this season. There are five legitimate All-American candidates in AJ Ferrari, Jake Woodley, Stephen Buchanan, Tanner Sloan and Noah Adams. Ferrari will have his work cut out for him. He’ll likely meet Woodley in the first round, then with a win could have Sloan. Every single match will be tough.

Fix should roll through this tournament. In interviews this week, John Smith and Fix both said they felt that Fix is wrestling the best he’s ever wrestled.

He’ll see more tests here than he saw at the Cowboy Challenge, though, so it will be interesting to see if he can continue to rack up bonus points like he did there.

One of the biggest storylines for OSU this season has been their tumultuous ride at 141. Kaid Brock started the season there and had a season-ending injury. Dusty Hone took over then also went down with an injury, and Jakason Burks even had to step in and move up from 125 for a match.

Gfeller now moves down to take over. It should be interesting to see how it plays out. He’ll need a top-four finish to qualify for the NCAA Tournament.

4. How many can OSU get to the NCAA Tournament?

Every wrestler on the OSU roster has the talent, ability, etc. to qualify for the NCAA Tournament. But, the Big 12 did not get a lot of bids at certain weights. It will take some quality wrestling across the board for a lot of OSU guys to qualify.

5. Can the Cowboys make it nine straight?

This should be an interesting team race. OSU will need to wrestle well to win. If they do, this will be their ninth straight conference title, breaking a record set back in the 1920s.