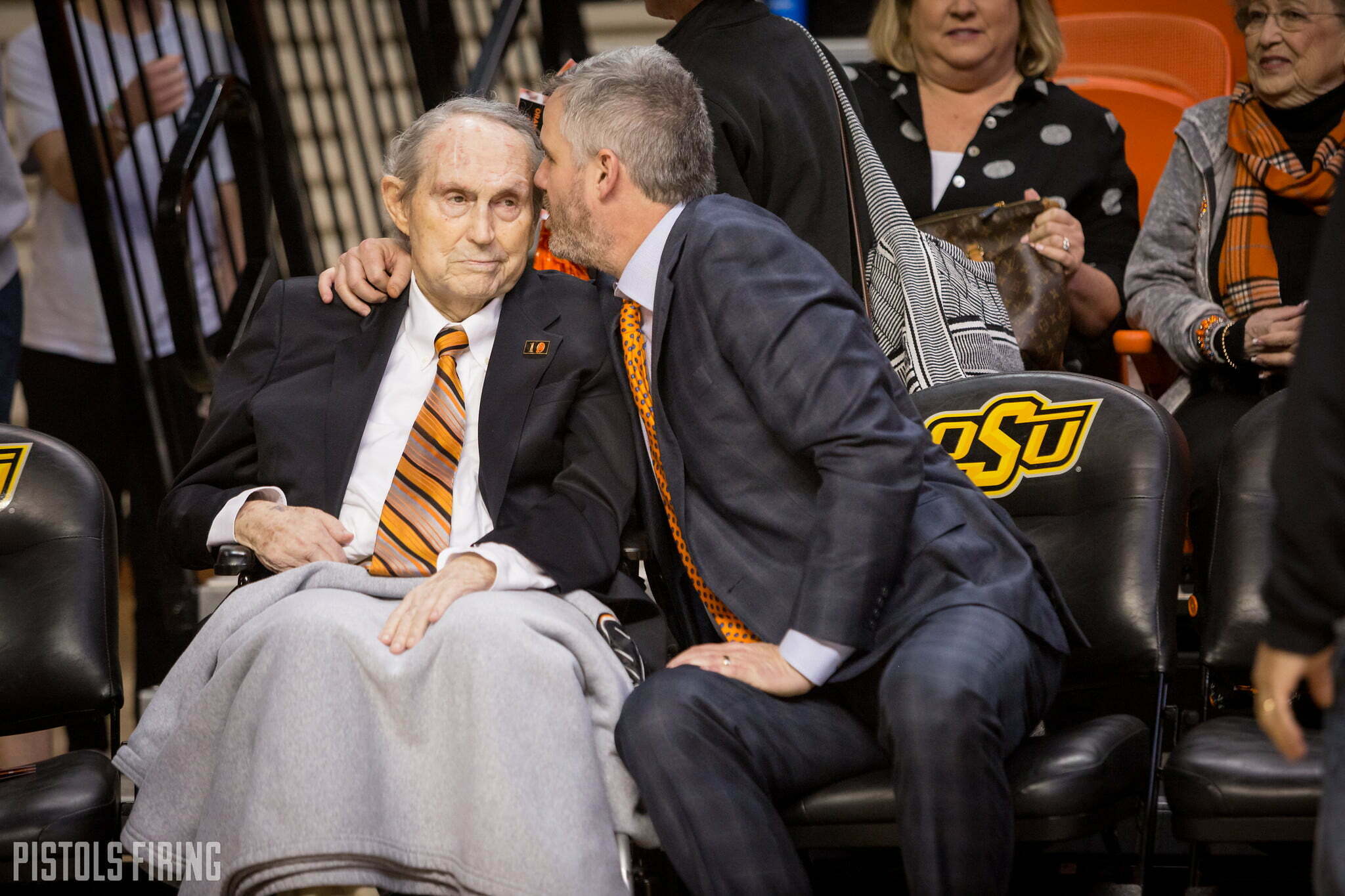 Monday night at 8 p.m., the premiere of the long-awaited Eddie Sutton documentary will take place on ESPN. The documentary, simply called “Eddie” (of course), is a window into Sutton’s long and winding coaching career on and off the court, spanning from his brief-but-successful Kentucky tenure, his long and successful Oklahoma State tenure, his Hall of Fame snubs and subsequent acceptance on nomination No. 7, and more.

I can’t wait to watch it and I’ve been thinking about it all week. Here are five things I’m excited to see.

As good as “The Last Dance” miniseries was that ESPN aired this spring — the 10-part documentary highlighting Michael Jordan’s final season with the Chicago Bulls — it’s hard to watch it and call it anything other than a promotional film that favored M.J. It was, after all, co-produced by he and his team. But in that situation it left a more rosy outlook on him while other less-favorable parts of his career were either brushed aside or touched on briefly.

The Sutton documentary appears to be a true all-sides-get-told approach. And while the documentary wouldn’t be told without the blessing of the Sutton family, they insisted that the bad be told with the good.

“It wasn’t easy to go back and kind of relive it,” said Sean Sutton to ESPN in a preview of Monday’s show. “But you can’t tell the good without the bad.”

You’ve seen the “block or charge” bit on Twitter, right? That was Rex Chapman’s doing. He’s now got nearly a million followers on social media, and the youngs may know him from that platform alone.

But Chapman (shouts to the olds who know!) was a star in his previous life: he averaged 17.6 points and 3.6 assists per game in two seasons at Kentucky playing under Sutton before going on to enjoy a successful NBA career. He got a firsthand look at the good and bad at UK under Sutton.

“Rex Chapman was brutally honest,” said Scott Sutton in an interview with the great Cayden McFarland of KJRH. “He was obviously a great player for my dad at Kentucky. 10 minutes before he was supposed to do his interview [for the documentary], he called Sean and said ‘hey, what do you want me to say here?’ And Sean said ‘tell the truth.’ We’re throwing everything out there. Rex said some things that I’d never heard that my father did, and yeah, pretty surprising.”

On @RexChapman's brutal honesty and why the family wasn't afraid to let the whole truth of Eddie's life be told in the doc. pic.twitter.com/Nsu9TQ8r9v

3. Peeling back the layers of Eddie

This is the theme of the doc — the peeling back of the many layers of Eddie — and one I’m stoked to get into. What drove him? What motivated him? How was he so successful? How were his missteps in a public sphere handled?

“When I was young, I put my dad on this huge pedestal. I idolized him,” Sean told ESPN. “I wanted to be a coach and be like him. Certainly, things started to change when I was 13, 14 years old. It was probably in the midst of his alcoholism. There were things said during those times at home, especially to me and my mother, that weren’t easy to hear. He turned into a totally different person. He went from this person that was so happy and so giving to someone you didn’t recognize. He became so frustrated sometimes.”

The plane crash that killed 10 people following a road game at Colorado was a devastating moment in OSU’s history. Eight members of the OSU basketball community were killed including two pilots. It gutted those who knew them and those that did not, but Sutton was a galvanizing force who took on the role of a healer. He led the emotional recovery of the university, of the state, of those who were affected. It was perhaps one of his greatest off-court accomplishments. In the documentary, there should be a sliver of space left open to hitting on his role in helping everyone recover from the tragedy.

OK, as a #young, I mostly remember Eddie as a scowling figurehead who was never happy about anything. A perpetual upside down mouth emoji — ☹️ — whether OSU was winning by 30 or losing by the same amount.

But uh, Eddie had some swagger I didn’t quite realize. A big personality I never really saw or don’t really remember. Here’s ESPN and Sean.

ESPN: The film showcases his big personality. He really understood the power of TV and used it to promote the teams he coached. Where did that swagger come from?

Sean Sutton: I’m not sure. He’s kinda like a pioneer in terms of that, especially at Arkansas. He really promoted that brand. He promoted his program. He promoted himself. He was ahead of his time in terms of doing all of that. He had radio shows, television shows. He’s one of the first people to get a pep band to play at games. He always believed in himself and believed in what he was doing. He also understood in order to win you have to have one of the best home-court atmospheres and home-court advantages in college basketball. I think he understood that fans play a huge part in a program’s success, and because of that I think he felt like he wanted them to know how much he appreciated them. He also wanted them to get to know him on a more intimate basis, to show his personality.

“Eddie” airs on ESPN at 8 p.m. and can be streamed on the WatchESPN platform.