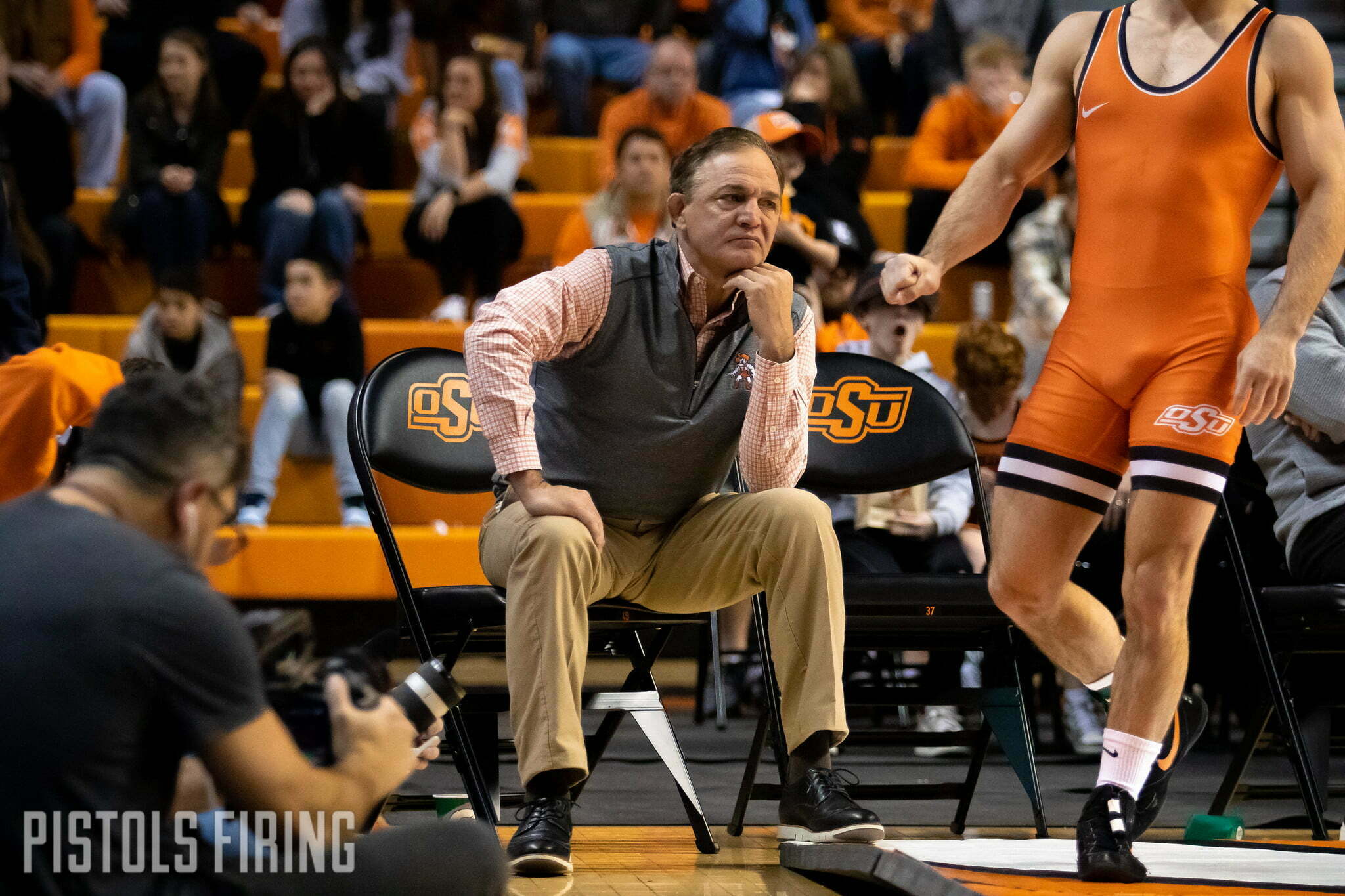 Wyoming comes to Stillwater on Friday night for a battle of Cowboys as Mark Branch’s squad will look to bloody his alma mater’s nose in their first home dual this season. Let’s look at five things to watch on Friday night.

Wyatt Sheets and Jacob Wright have had a pretty solid rivalry over the years here with Sheets leading the series 2-1. We probably won’t see the third match, with Sheets at 165 last week and still on a descent plan potentially moving him to 157 later in the season. But earlier this week, Kaden Gfeller seemed to feel 157 was his best weight, so this could be a really exciting match between the two.

Always great to see a former Cowboy back in Stillwater. I asked John about Mark and his other former wrestlers that are coaching around the country. Pretty cool to see him discuss that relationship that continues today.

“We always meet up at one of the tournaments,” Smith said of Branch and some of his other former wrestlers turned coaches. “It’s always nice to see your past athletes taking over positions in the country where maybe historically they haven’t had real balance there. When you look at Wyoming there’s real balance there, and Branch has created that.”

Word on the street is Wyoming’s top guy and last year’s Big 12 champion is dealing with some injuries, so I don’t think we see him here. But if we do, this is another really tough test for Luke Surber after wrestling an All-American last week in his 197 lb debut.

There’s potentially a really tough test at 125 for Trevor Mastrogiovanni in Junior World Champion Jore Volk. Volk is a true freshman out of Lakeville, Minnesota, and won a World Championship this summer in Bulgaria. The question is: does he redshirt, or does he wrestle here? If he does wrestle, we could see some fireworks early on Friday night.

Dustin Plott and Hayden Hastings is a good matchup. Hastings leads the series 2-1 and Plott will have a shot to even it here. It’s the classic story of the up-and-coming young star in Plott vs. a seasoned veteran in Hastings. Plott controlled their last match 7-2 but lost both their meetings during his true freshman season, including one where his teeth were knocked out. This could potentially be a preview of the Big 12 finals at 174 this year.