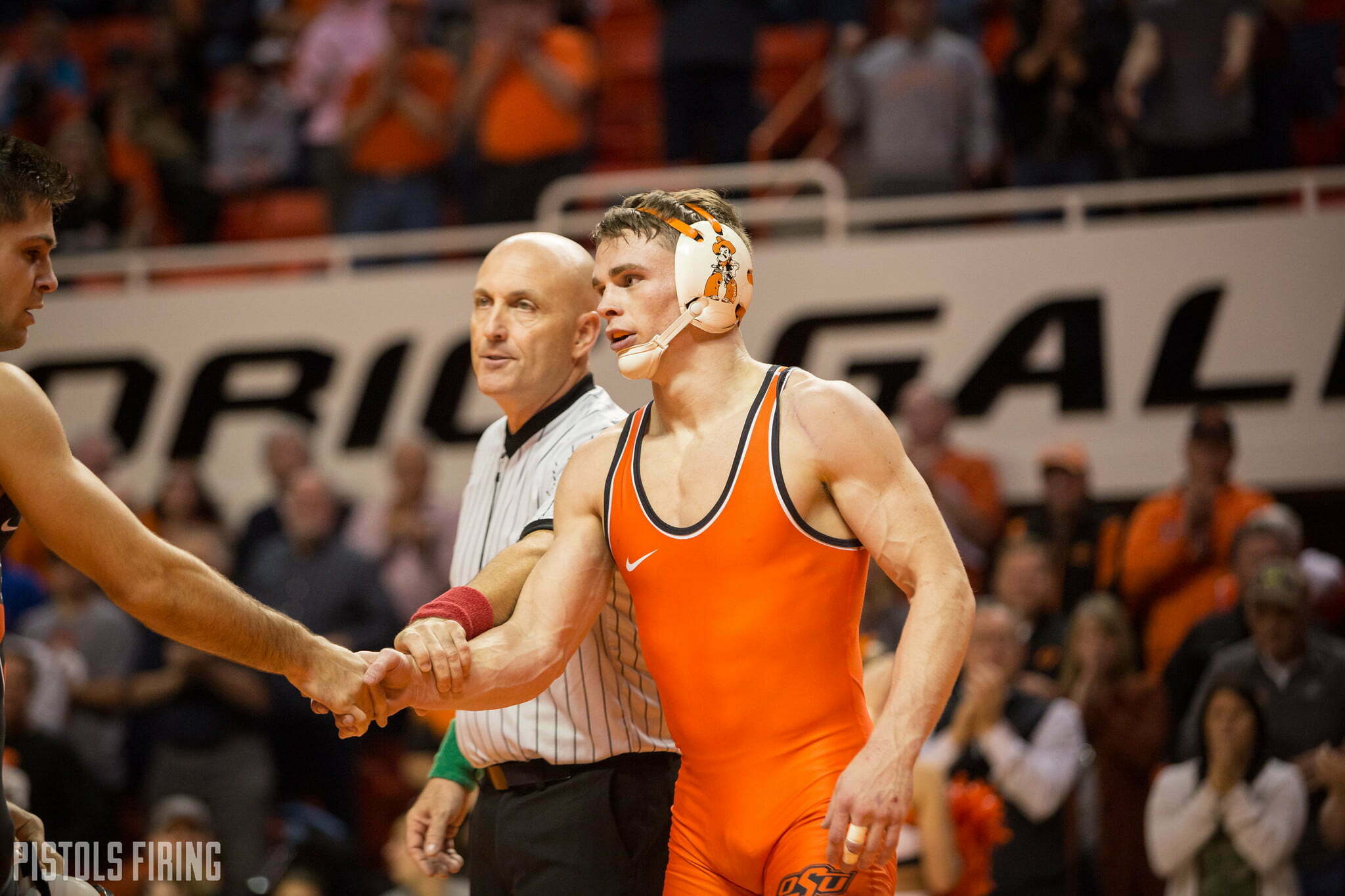 On Sunday Oklahoma State takes on Northern Colorado in their first dual in Gallagher-Iba since prior to Christmas. Here are five things to watch for when the Cowboys take the mat vs. the Bears.

One of the biggest storylines of the Southern Scuffle was the performances of Kaden Gfeller and Dusty Hone. Both wrestled well and finished second and third, respectively. At the media availability on Sunday OSU head coach John Smith stated that they would likely be wrestling off this week to decide the starter this week. We should find out on Sunday who won that battle.

2. Battle of the Boos

Boo Lewallen and Northern Colorado’s star freshman Boo Alirez will face off in what’s certain to be the most anticipated match of the dual. Lewallen has looked great so far this year. He’s wrestled a pretty tough schedule and managed to remain undefeated. The two could have met at the Southern Scuffle, but Lewallen was kept out after a failed skin check. Alirez finished second taking his only loss of the season in the finals. He’s picked up bonus point wins in all of his wins this season except for one. This should be a good one!

Witcraft had a decent tournament at the Southern Scuffle, but after dropping his consolation round of eight match, he bowed out of the tournament while Schwartz ended up finishing seventh. Schwartz is ranked No. 20 in the country by FloWrestling so this one is big for rankings, for seeding at the Big 12 tournament, and more.

Seely was seeded 5th at the Southern Scuffle, which is ultimately where Dakota Geer finished. Seely defaulted out after an injury and was unable to finish. Geer beat Seely comfortably last year, but I think this one could end up being interesting if Seely is back and healthy.

5. How does Joe Smith look?

Joe Smith’s debut at the Southern Scuffle was fairly short-lived. He won two matches then was majored in the round of 16 before injury defaulting out of the tournament. He doesn’t have the toughest matchup in the world this weekend, but fans should a keen eye on what he does here. His performance the rest of the season will play a very significant role in the Cowboys trajectory into the Big 12 and NCAA tournament.

Ultimately Northern Colorado is a much better team than we’ve seen in recent years and there should be some much more competitive matches here.