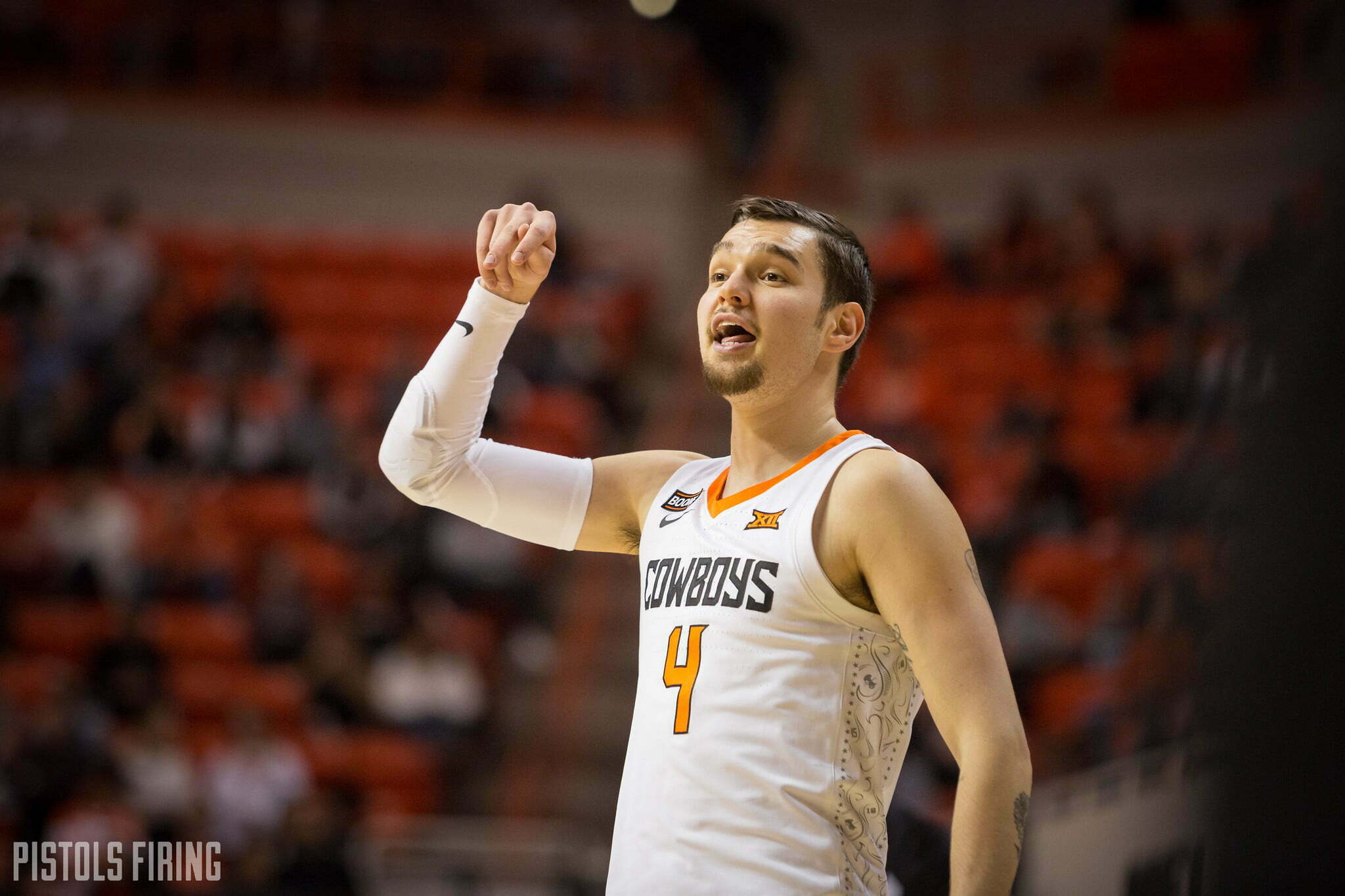 Where was that all season?

Oklahoma State saved its best game for the last of the year. The Cowboys closed out their regular season with a wire-to-wire shellacking of Texas, closing out Frank Erwin Center for 2019-20. The Cowboys were hot and the Longhorns ran cold. The team with nothing to lose ran all over the team with everything to lose.

Let’s get right down to it. Here are my five thoughts from an emphatic OSU win.

1. This One Was Over Early

With just over five minutes expired from the clock, Oklahoma State was 6-of-10 from the field while Texas was just 1-of-5. The shot disparity was due to the Longhorns’ four early turnovers and the 15-3 score difference was thanks to OSU’s 10 points off of those four giveaways while not turning it over once. The scene was set, the Cowboys just had to follow through.

I had this insane thought when OSU went up 20-3 just eight minutes into the game. This thing is over. Then I remembered which team I was watching. I’d seen too many Cowboy leads evaporate in a matter of minutes this season.

As it turns out, my first thought was dead-on. But that was because the Cowboys didn’t coast. They didn’t even set the cruise control. They mashed their foot on the gas pedal and through the floorboard, and ran over the Longhorns. Even after the turnovers evened out, Oklahoma State didn’t let up and Texas had no answers.

It was amazing. After shooting 61 percent in the first half, the Pokes poured it on to the tune of 74 percent in the second. I don’t know when the last time the Pokes shot 66 percent from the field because this jaw-dropping performance apparently crashed a server at Sports Reference. I got back as far as the 2010-11 season before the site went kaput on me.

I do know that the Cowboys were close to a top 10 shooting performance ever. 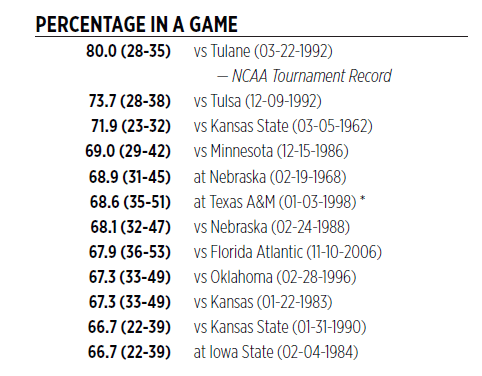 OSU was also lights-out from deep. Thomas Dziagwa went a perfect 5-for-5 from 3 as part of his 7-for-7 night and team-leading 19 points. The 62 percent from 3 (8-of-13)  — thanks mostly to everyone’s favorite self-assured archer — was the best mark in Mike Boynton’s tenure. OSU last shot this well from deep (also 8-for-13) under Brad Underwood when the Cowboys beat West Virginia in Morgantown in 2016-17. Meanwhile, the Longhorns were a miserable 5-of-29 from 3 (17 percent).

Heading into their conference finale on a five-game win streak, the Longhorns were firmly on the bubble and one of Joe Lunardi’s last four byes. But a throttling like they took at the hands of the Cowboys has to make everyone in burnt orange nervous for Selection Sunday.

According to ESPN analytics, a win would have given UT an 83 percent chance to go dancing and a loss would drop that possibility to 53 percent. But that doesn’t take into account the drumming Texas took from a 16-win OSU squad at home.

On OSU’s side, this game may have no discernible postseason impact. The Cowboys were locked into the 8/9 game in the Big 12 Tournament next week regardless. With this win, they’ll be considered the host to the Cyclones in Hilton South next week. You’d have to think a blowout on the road does shore up any case the Cowboys had for an NIT bid.

4. What a Month for Kalib Boone

Much of the focus after this one will (and should) be on the group of seniors who showed out in Austin, but I just can’t help but be impressed with Kalib Boone over the last few weeks. He was solid again on Saturday, scoring eight points on 4-of-5 shooting while grabbing five rebounds.

Starting on February 8 in the Cowboys’ loss at Baylor to their final game on March 7, Boone has averaged 8.4 points per game and four rebounds per game while shooting 63 percent from the field — all in less than 15 minutes per game.

Those numbers may not jump off the page to you, but he’s always around the ball and he just makes the most of his time on the floor. That’s very encouraging for someone who is going to get as many minutes as he can earn next season.

5. Cowboy Seniors Go Out in Style

Coming into Saturday there was one Big 12 arena that Cam McGriff, Thomas Dziagwa and Lindy Waters were winless in over their four-year careers. They emphatically scratched that off their list.

Along with Dziagwa’s 19 on seven shots, Cam McGriff was dominant with 19 of his own on 7-of-9 from the field (2-of-3 from 3), grabbed four boards and dished three assists. Lindy Waters chipped in 11 on eight shots and seven rebounds, as well. And we even got a Trey Reeves sighting.