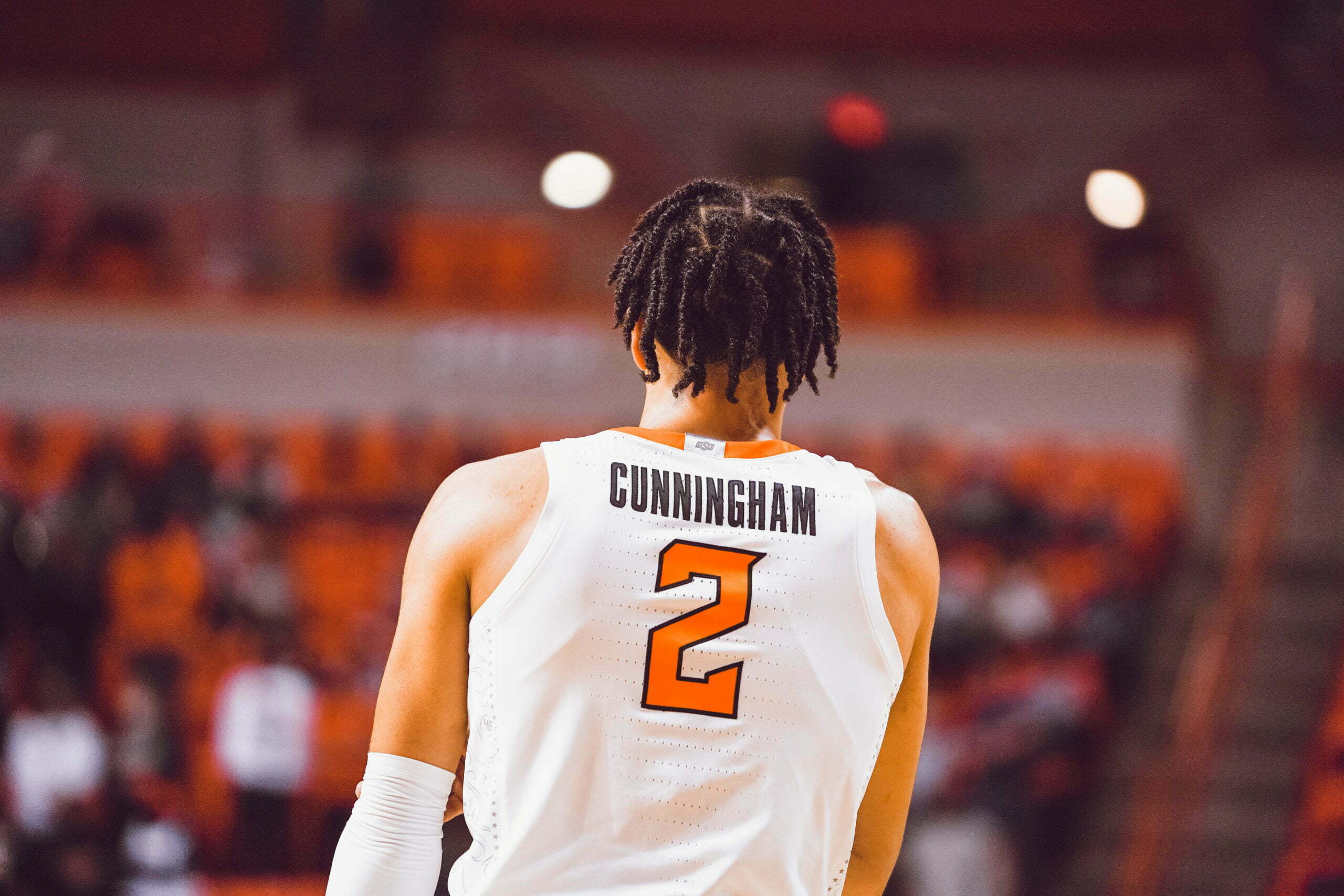 The Cowboys were able to win a closer-than-anticipated game by double digits.

Oklahoma State topped Oakland 84-71 on Saturday in Gallagher-Iba Arena despite the Grizzlies nailing 17 of their 37 3-point attempts.

The winless Oakland squad made it interesting for a good chunk of the game, but an 11-0 run then a 16-2 run in the second half put it out of reach.

The big guard tandem of Cade Cunningham and Isaac Likekele combined for 34 points, 11 rebounds and 11 assists, but Oakland’s Rashad Williams was the game’s leading scorer with 32 points. Williams was 10-for-20 from deep, an opponent record for made 3s in GIA.

After foul trouble limited Kalib Boone in Milwaukee, he had a sneaky good night Saturday, going 5-for-5 to score 13 points while bringing in seven rebounds.

Here are five thoughts from the win that brought OSU to 4-0.

Cunningham was a little slow getting into things, mainly in dealing with Oakland’s 1-3-1 zone, but when he turned it on, the Grizzlies stood little chance.

“Really, I was on the right side, so I didn’t really know what I was gonna do early on,” Cunningham said of the breakaway jam. “I kind of chose windmill last second. I don’t know, it just kind of happened.”

Cunningham also started the day 3-for-3 from 3-point range, showing his shot improvement as a shooter despite the Ben Simmons stigma that bigger guards can’t always shoot.

The all-everything freshman finished with 18 points on 6-for-13 shooting to go with eight assists, four rebounds, two steals and a block.

The Grizzlies were only down a point at the half after hitting eight 3-points in the first frame at a 38-percent clip. Surely, they couldn’t keep that up in the second half, right? Wrong.

Oakland hit nine of 16 3s in the second half, wherein Williams went 6-for-9.

Boynton said he tried to warn his players before the game that the Grizzlies were going to take and make a good amount of 3s, but Boytnon said it was hard to convince the guys when Oakland came into the game shooting 30 percent from deep on the year.

“I wasn’t happy with the way we guarded early,” Boynton said. “What our guys, especially the young guys, got to understand is the momentum of the game, the confidence. For anybody who’s played, you hit your first two or three shots, and now it feels like even the contested ones you can make. That was the fact today.

“We let them get four or five uncontested looks off to start the game, and they made them and then they felt in a pretty good rhythm and now a bunch of young guys out there trying to defend screens that they just don’t have the urgency to defend yet.

“But, again, I’m glad we’re able to get out of a win and a lot of film to be able to break down to show our guys where we can be exploited.”

Boynton said he was impressed with a stretch late where Bryce Williams decided he wasn’t going to let Oakland’s Williams get off any clean looks. That stretch proved to be a difference in the game.

Oakland entering Saturday’s game 0-5 might have set off some alarm bells when the Grizzlies were down only a point at the half, but this isn’t a traditional 0-5 team.

COVID shut down Oakland’s preseason practices and then, all of a sudden, the Grizzlies had to play four games in five days.

At the end of that stretch, Oakland took a ranked Michigan team to overtime.

This team will compete in the Horizon League, and if the Grizzlies can shoot like this, they’ll win a lot of those games.

The Cowboys struggled with Oakland’s 1-3-1 zone early in the game, that is except for Isaac Likekele.

While OSU’s younger players were settling into this new defense they were facing, Likekele cut up the Grizzlies’ zone for 12 first-half points. He was able to get the ball at the high post and along the baseline for (seemingly) easy takes to the bucket.

The Cowboys haven’t needed Likekele to be their leading scorer this year, but he showed Saturday that he is still more than capable.

Likekele finished with 16 points on an efficient 7-for-8 shooting while tying Kalib Boone for a team-high seven boards.

5. For the First Time since Smart?

When the AP Poll gets updated Monday, the Cowboys might be on it, and it would be the first time the Cowboys are in that particular poll since Feb. 16, 2015.

The Cowboys win at Marquette on Tuesday turned into a quality win quickly, as the Golden Eagles knocked off No. 4 Wisconsin on Friday night. It also helps that the Pokes pulled away Saturday, but the biggest factor is probably the fact that the No. 1 pick in the 2021 NBA Draft is on the Cowboys’ roster.

The Cowboys were No. 25 in the Coaches Poll after the nonconference tournament in Brooklyn last year, but they were only receiving votes in the AP Poll.

There has been a lot of mediocre basketball played in GIA for a handful of years, but for the first time in a long time, OSU might have a ranked team.