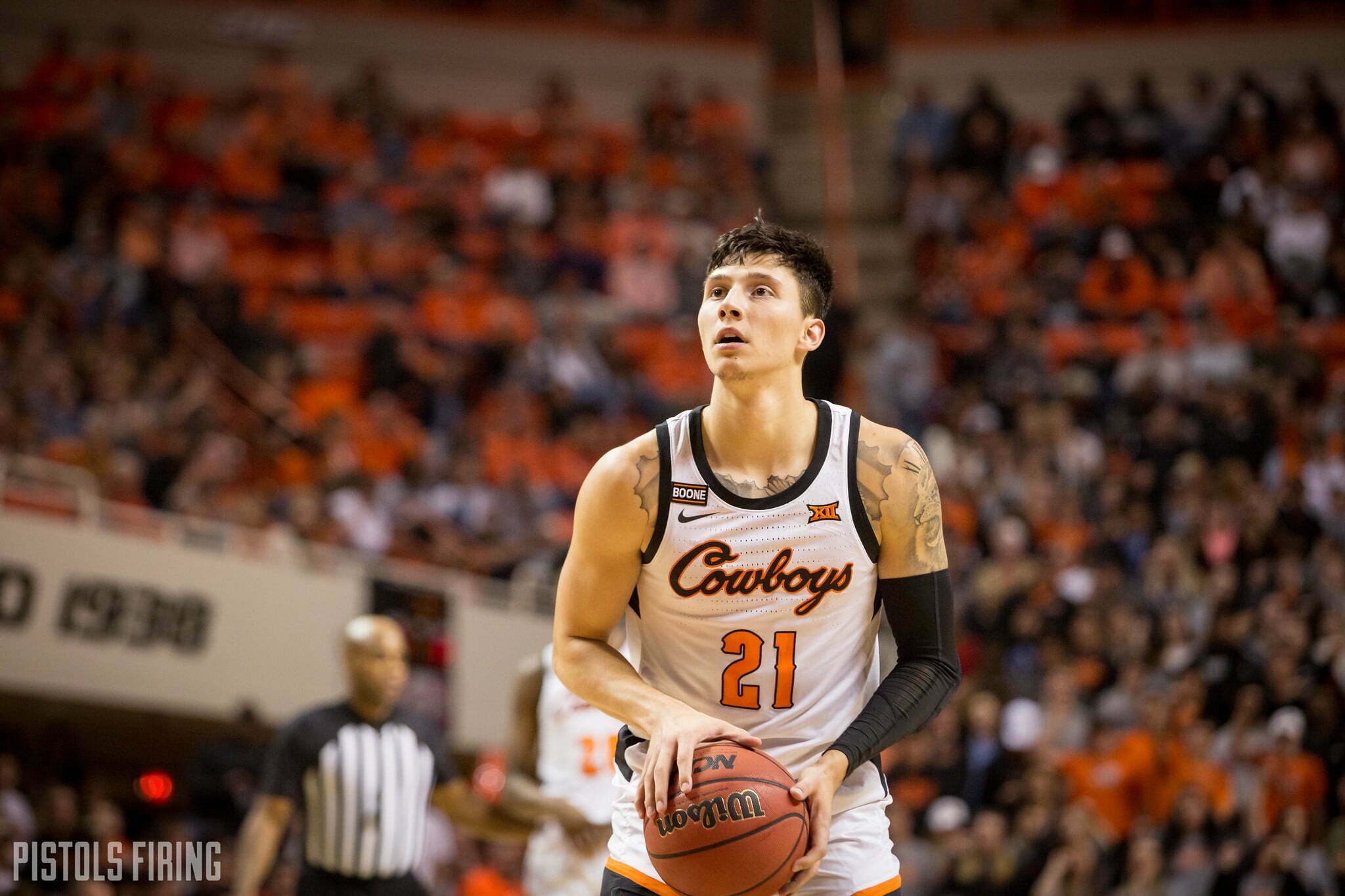 Oklahoma State got steamrolled in Tulsa in front of a mostly orange, yet sparsely-populated BOK Center.

The Cowboys started sloppy, but battled early before one too many scoring droughts allowed the Golden Gophers to run away from them. This game looked over before the two teams headed to their locker rooms at halftime, and that proved to be the case. A freshman-filled lineup showed some life, but it was too little, too late.

Here are my five thoughts on the Cowboys’ third loss of the season.

The Cowboys are now 1-3 without Isaac Likekele, including now two blowout losses. After an encouraging win at Houston last week, the Cowboys were unable to get anything going in the halfcourt on offense on Saturday and their perimeter defense was nonexistent for huge chunks of the game (more on that below).

Look, I get it. He’s OSU’s best player and its point guard, but I can’t just chalk up all of what I saw on Saturday night to Likekele’s absence. Some of the defensive issues were simply a lack of effort. We did see some encouraging signs from freshman Avery Anderson, who showed some energy late scoring 14 points on seven shots in the second half.

2. Where Was the Offense?

It was feast or famine offensively for the Cowboys, and it was mostly the latter. OSU had three runs where it missed at least six field goal attempts in a row. When the first one started the game was tied 24-all. When it ended the Cowboys were down 38-29. They never recovered.

The Cowboys came in ranked 15th in the country holding teams to just 26.9 percent from 3. The Golden Gophers came in ranked 145th (32.2 percent). But I could have sworn that OSU was facing the Golden State Warriors.

Klay Thompson was 1-of-15 from the 3 in the Gophers’ last two games. He started 5-for-6 from deep in Tulsa on Saturday and scored 24 in the first half. Kalsheur and finished with 34, making 7-of-9 from deep on the night and killed the Cowboys in transition. What’s worse, he was almost always wide open.

Minnesota made 10-of-21 from deep (48 percent). In each of its three losses OSU has allowed opponents to shoot 44 percent from 3 or better. In its eight wins, it’s allowed a team to shoot 40 percent or higher from deep just once (40.4 percent by Western Michigan).

After going down as much as 29 midway through the second half, Boynton sat his starters and went with a lineup that included a bunch of freshmen and their grad transfer. With Avery Anderson, Chris Harris, Keylan Boone, Jonathan Laurent and Hidde Roessink, we saw a sense of urgency and effort that we didn’t see for a big part of the game.

Aside from a nice stretch early in the first half when Lindy Waters did most of his 17 points (he didn’t score in the second half), OSU’s veterans were pretty much a no-show in Tulsa.

It doesn’t tell the whole story, but the plus/minus numbers for OSU’s starting lineup are NSFW.

Avery Anderson (-11 for full disclosure) was a shot in the arm for the Cowboys late. He finished with 16 points on 10 shots, two assists and three steals to go with his two turnovers. I don’t know if that means he’s your guy next weekend, if Likekele remains out, but I think I’m giving him more than eight minutes in the first half.

OSU has just one more game before the Big 12 gauntlet commences. The Cowboys will host Southeastern Louisiana on Dec. 29 before things get very real with a trip to Lubbock on Jan. 4.

If Likekele isn’t available soon, and if OSU hasn’t figured out how to play without him, Cowboy wins are going to be increasingly hard to come by. Again, I liked what we saw from Avery Anderson and some of the younger players in the second half, but getting smoked by a .500 Big Ten school in Tulsa doesn’t give me much confidence for when the Pokes go on the road to Lubbock or Morgantown or Waco.