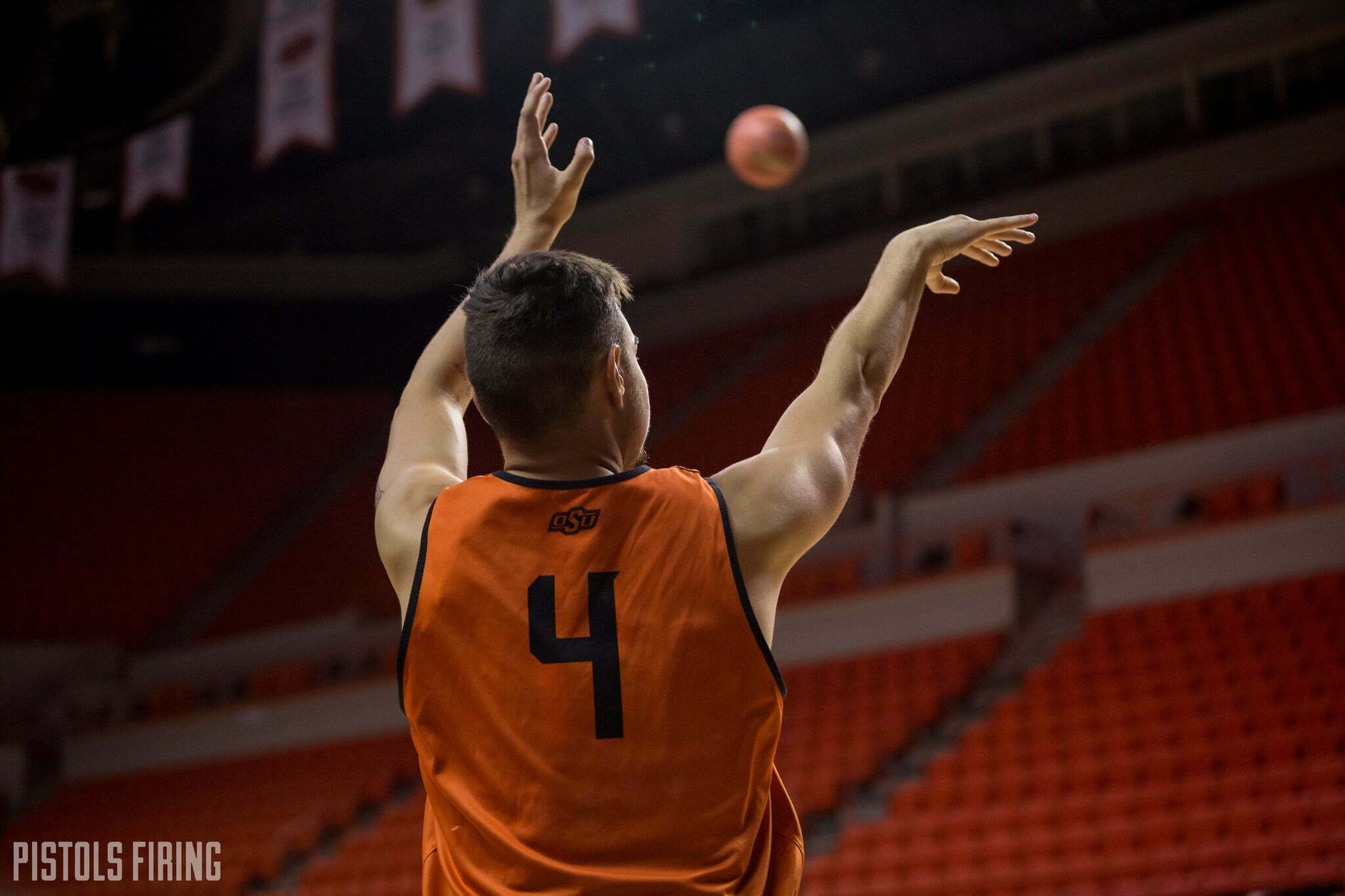 It’s crazy to think basketball season is less than a month away.

Oklahoma State hosts Rogers State in an exhibition game Nov. 1 before officially starting the season with Oral Roberts on Nov. 6. Mike Boynton returns all of his starters from a season ago to pair with the best recruiting class OSU has had in years.

In the final three games of his freshman season, Yor Anei average 15.7 points, 8.3 rebounds and seven blocks (!!!) a game.

Again that was him as a freshman. Now, I’m not sure he’ll average seven blocks a game this season, but I guess it’s a possibility.

He didn’t always show it off last year, but Anei has a decent jump shot given his size. The defense is obviously there for Anei, given he can continue to stay out of foul trouble, it will be fun to see if he can take that next step offensively this season.

It’s been quite the ride for Lindy Waters, Cameron McGriff and Thomas Dziagwa.

The trio has been a constant in a program that has dealt with plenty of inconsistencies over the past four years. The three went to the NCAA Tournament as freshman, and this might be their best team since.

This summer McGriff told me his one-on-one game was what he has worked on most. Him being able to create his own shots off the dribble will not only go a long way for OSU, but it will also go a ways toward his professional prospects.

Waters has added some weight this offseason. His game is and has been well-rounded, so the extra muscle should only help.

And finally, Dziagwa. I sat through OSU’s practice Monday, and I think I saw Dziagwa miss one jumper in total.

3. Who Will Be the First Man Off the Bench?

This wasn’t much of a question last season, it was Curtis Jones. Why? Well he’s all who was really on the bench.

But now Boynton has 12 scholarship players at his disposal. I fully expect the the same starting five of Isaac Likekele, Dziagwa, Waters, McGriff and Anei to start the year, but finding other contributors will be interesting.

This could change as time goes on. Last season Duncan Demuth started a few games early in the season, but toward the end of the year, he struggled to get on the floor despite OSU having only seven scholarship guys available. It all just depends on how quick the newcomers can pick up the system.

With all that said, I’d expect grad transfer Jonathan Laurent to be a guy who contributes early. At 6-6, 215 pounds, Laurent can do a lot of things. With his solid size, he can spell McGriff at power forward, and against some of OSU’s lesser opponent’s he’ll could probably even relieve Anei.

But he can also shoot. At UMass last season, Laurent made 46.7 percent of his 3-point attempts, a higher percentage than Waters and Dziagwa made last season.

On Monday, Boynton pointed to Avery Anderson as a young player who has made a consistent impact on early practices. He would obviously come in at point guard, but Likekele is versatile enough to where they could play together.

At this point, you’re probably screaming Marcus Watson at your screen. To that I would ask you to pump the brakes, but just for a little bit. I have no doubt Watson can be a star at OSU, but I don’t think he’s going to instantly come on and earn a starting spot. He is athletic, he can shoot, but there is still plenty for him to learn in terms of offensive sets and playing defense against DI players.

4. Is This a Tournament Team?

In his first two seasons as a head coach, Mike Boynton hasn’t made it to an NCAA Tournament.

His 2017-18 team got robbed, and last season he had seven available scholarship guys at the end of the year.

That squad last year had some bright moments despite being outmanned, so with the depth that Boynton’s most recent recruiting class provides, this squad has a real shot at making it.

The Cowboys have a stiff nonconference schedule, and the Big 12 slate is far from a cake walk. But OSU returns all five starters. That backed with a Top-25 recruiting class should make the Pokes highly competitive at the least.

With as exciting as this season looks to be, some of the OSU faithful have one eye on what the 2020-21 season could be.

The Cade Cunningham saga has been one filled with ups and downs, but it’s nearing its end. Cunningham, the second-ranked recruit in the nation, has two official visits remaining. He’ll be at Kentucky this weekend before making a trip to Washington.

Depending on Cunningham’s decision, OSU could have one of the top recruiting classes in the country, which would make it probably the best class in school history.

Names like Bryce Thompson, JT Thor and Rondel Walker have OSU well on their radars. If and when one domino falls, the next two or three months of recruiting news could be as exciting as any OSU has ever seen.