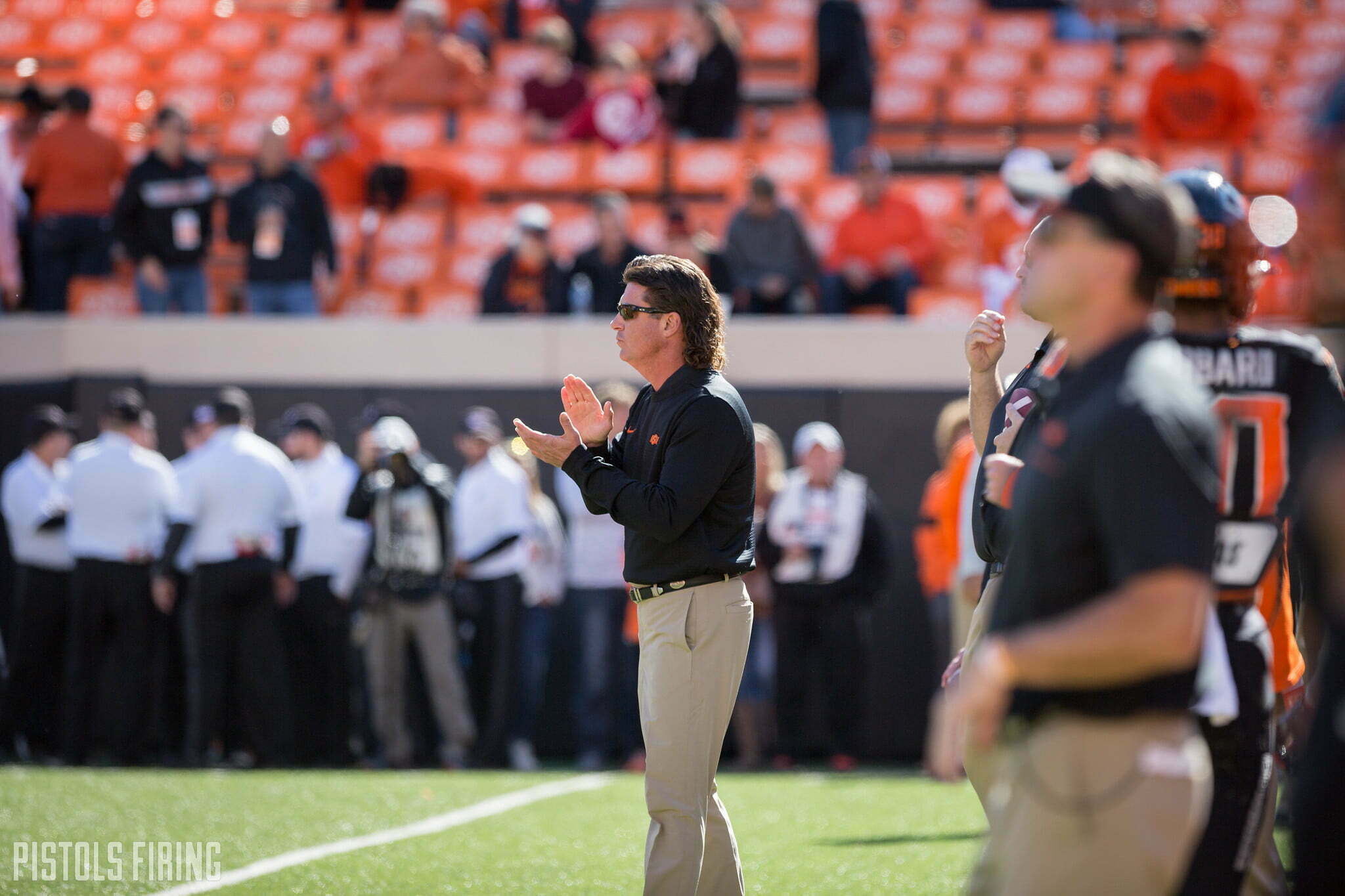 A more than yearlong dead period is finally over, and all signs point to a recruiting boom over the next few months.

Let’s take a look at the latest prospects to receive an offer from Mike Gundy & Co. and an intriguing visit planned for this weekend.

The Cowboys are in early on a fast-rising Texas edge rusher. We’ll see if their vigilance pays off.

Oklahoma State was just the fourth offer for 2023 defensive end Enow Etta, who is already a four-star prospect and No. 11 edge rusher in the class, according to 247 Sports. He has yet to receive a 247 Composite ranking.

OSU joins Wisconsin, Vanderbilt and Arizona State — the latter was his first offer in mid-March — and the offers will continue rolling in.

On Wednesday, junior college offensive tackle Tyrone Webber reported via his Twitter account that the Cowboys had thrown their hat in the ring.

The Pokes pushed Webber’s offer sheet to a baker’s dozen joining the likes of West Virginia, Houston, Maryland and others.

Webber hails from Toronto, Ontario, Canada, but currently attends New Mexico Military Institute in Roswell. He is not yet ranked by either 247 Sports or Rivals, but his experience and size — 6-5 and 290 pounds — makes him at least a potential depth piece in 2022.

The Cowboys are also in the hunt for 2023 O-lineman Lucas Simmons, who tweeted out an offer on Thursday.

The Swedish-born 6-7, 300-pound behemoth has yet to catch the eye of recruiting ranking services, but his potential jumps off the page to college coaches.

OSU is just one of 11 offers Simmons has received since late-April. Others on the sheet include Florida State, Penn State, Louisville and West Virginia.

OSU offered Chamblee back in 2019, but when he whittled his list down to seven in February, the Cowboys were on the outside looking in.

Chamblee committed to his home state school shortly thereafter, but a recent development could make this weekend’s Stilly stopover more interesting, as Cody Nagel pointed out on Twitter.