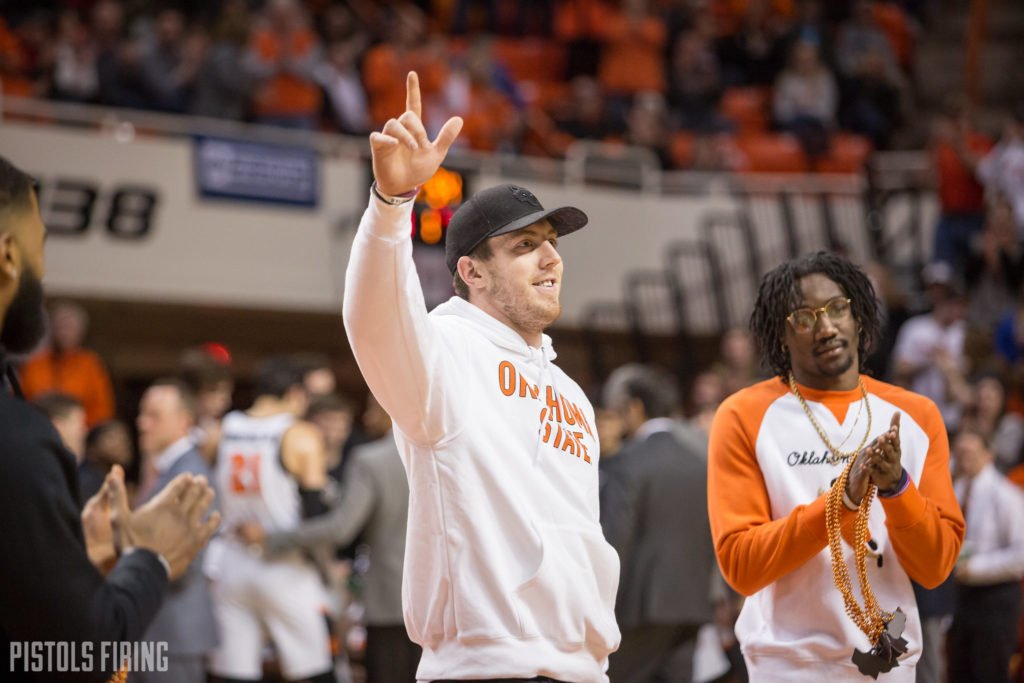 Jerry Jones is doubling up his dosage of Blakes at tight end.

The owner of the Dallas Cowboys not only inked former OSU star Blake Jarwin to a lucrative extension this offseason, but this week, but he also signed former OU star Blake Bell to add depth to the position in 2020 and beyond. Bell played quarterback at OU and has been an NFL tight end since 2015.

Having signed Blake Jarwin to a four-year contract and lost Jason Witten to the Las Vegas Raiders, the Cowboys have reached an agreement on a deal with tight end Blake Bell, who caught eight passes for 67 yards for Kansas City last season, according to… https://t.co/OIW8Ad8m82

Jarwin projects to be the No. 1 for the Cowboys in the wake of Jason Witten’s departure, but Bell could push him for reps given his experience. The former Sooner is a five-year pro at the position having played most recently as the backup to Travis Kelce on the Super Bowl-winning Kansas City Chiefs. Last season he caught eight passes for 67 yards. His best season came in 2014 when he caught 15 passes for 186 yards for the 49ers.

Bell [look away if you don’t want to punch your computer] infamously was a Bedlam killer during his college career — a mediocre quarterback who consistently came up big in big spots in the rivalry. In 2012 he forced OT vs. OSU when OSU had the Sooners on the ropes, only for OSU to fall in OT. And in 2013, he did this. I was there, freezing. And not happy:

So let’s hope his old Bedlam-killer ways have left him by next season so Jarwin can thrive as a top pass-catcher in what figures to be a pass-heavy system.