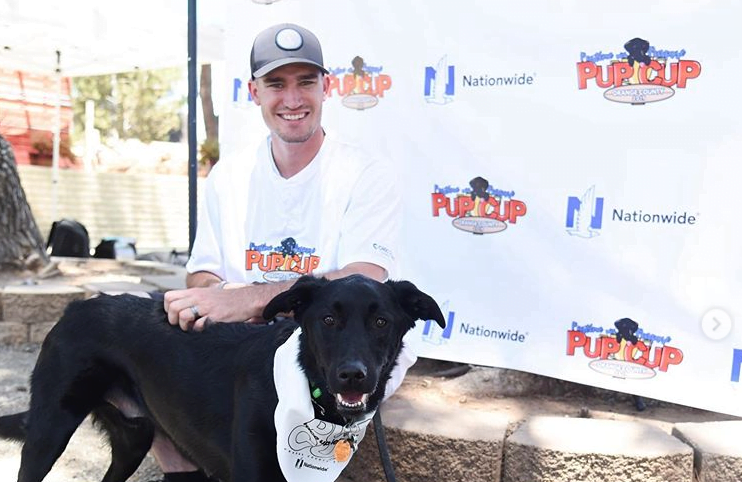 The sports world has been taken over by the Houston Astros. The cheating, the apologies, the GIFs (!). Everybody has an opinion. Like, literally everybody.

Anaheim Angels pitcher and former Oklahoma State Cowboy Andrew Heaney was asked about his opinion last week, and his thoughts — as someone who competed in the same division as the Astros — were really interesting.

“I know how it is,” Heaney told reporters. “You get caught up in something. I’m sure they look back now and say ‘Oh [man], we really took that overboard.'”

Heaney’s career numbers against the Stros are much better at home than on the road, which I would imagine is the case with most MLB pitchers.

“I am not going to sit here and say I feel victimized,” he said. “I’m not going to make that excuse. I think it’s part of your job to cover that up, and be on top of it. But it’s not your responsibility to make sure teams aren’t stealing your [signs] illegally. I have a lot of feelings about it. It’s hard to sum all that up. I can only focus on what’s happening on the mound. Beyond that, hopefully the other [stuff] will take care of itself.”

Players haven’t been pulling punches when it comes to this Astros stuff, and Heaney isn’t one to hold back to begin with. So his final note on it was both unsurprising and intense.

Heaney is set to start his fifth year with the Angels and make $4.3 million this season. He went 4-6 last year with a 4.91 ERA.