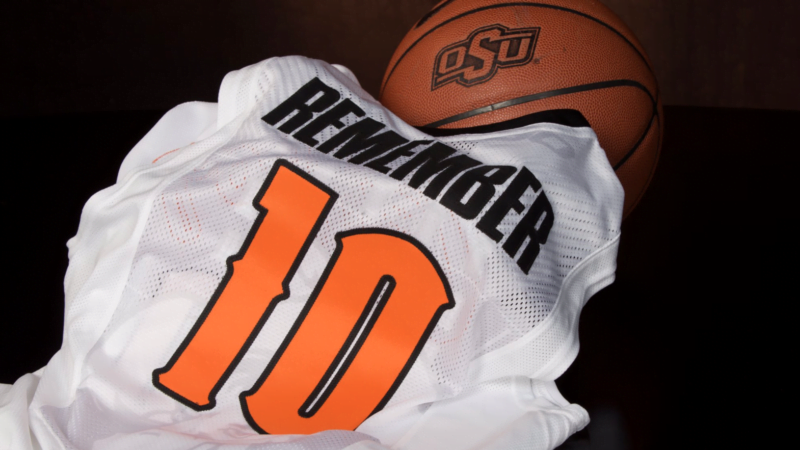 Sixteen years ago, Oklahoma State was dealt a crushing blow with the tragic plane crash and loss of ten players and staff members of the men’s basketball team.

Several current and former Cowboys took to social media to air out their feelings and Remember the 10.

No better place to start than with “The Voice”.

I will always remember my friends… help us keep the promise tomorrow at the @OSUMBB vs Arkansas. #rememberthe10 pic.twitter.com/k6m7iSypN8

Bill Teegins.. The absolute best I've ever known. No ego, great sense of humor, cared, Loved being the Voice of the Cowboys! #RememberThe10 https://t.co/Fb8MEcUcvc

A member of that 2000-01 team, Victor Williams knows the pain of that incident more than most.

Jan 27, 2001 by far the darkest day of my life may all ten of you continue to watch over me daily. #Rememberthe10 pic.twitter.com/9teaJJ1GdA

Doug Gottlieb was one year removed from Stillwater and has been as outspoken as any former alum in remembrance of the Ten.

Former OSU assistant under Eddie Sutton and Brad Underwood’s replacement at Stephen F. Austin. Keller was supposed to be on that plane per Brad Underwood.

#neverforget blessed to have known and learned from them – entrusted daily to HONOR These special men #REMEMBERTHE10 pic.twitter.com/D4RryUZWiX

Here’s a link to the video with Underwood.

Video: @OSUCoachBrad on the importance of Remember the Ten. https://t.co/mzVcEqrCUP #RT10 #OKState

My thoughts & prayers are w/ the @okstate community, @OSUMBB and the family's of the 10 lives that were lost 16 yrs ago today!#Rememberthe10

This is an annual must read.

This from @GottliebShow is worth your time every single year. https://t.co/FUauxETUvO

Also significant that Saturday will be the first game Eddie Sutton attends this year. We all claim his as our own but he was a legend at Arkansas as well.

It'll be great to catch up with a basketball legend on Saturday when we play in Stillwater for the first time in 15 years.

"To live in hearts we leave behind is not to die." #okstate #RememberThe10 #cowboys #oklahoma pic.twitter.com/hiJn97sBov