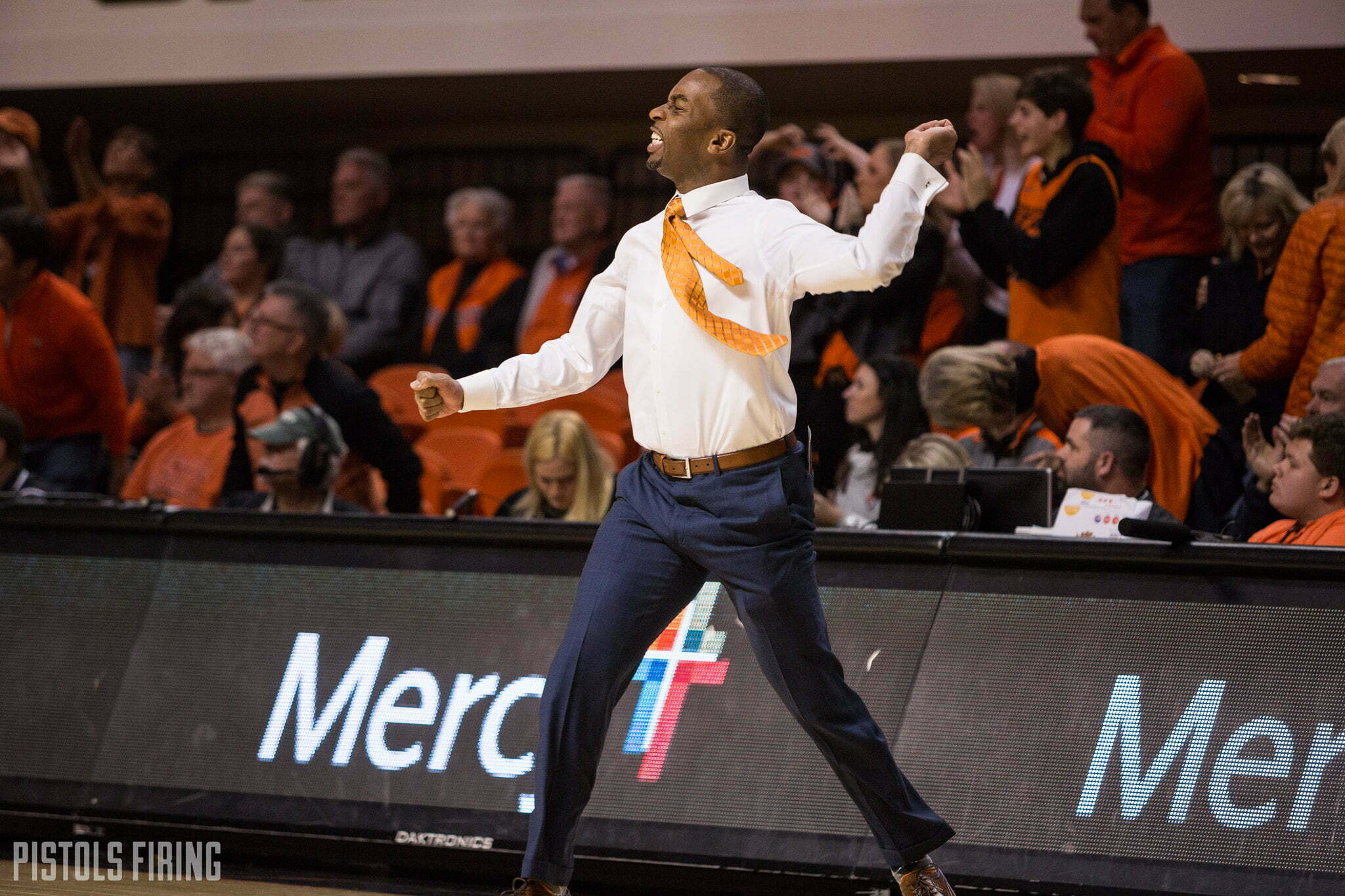 Mike Boynton finished up his 2021-22 as one would expect him to, with a highly touted player.

Memphis transfer Moussa Cisse committed to Oklahoma State on Thursday. A 6-foot-11, 215-pound center, Cisse was the No. 10 prospect in the 2020 recruiting class.

“I see what they did with Cade Cunningham,” Cisse told ESPN. “I had to decide whether to go to the NBA or college. I watched a lot of film and saw the way they developed players. That was attractive to me. Coach Mike Boynton has been talking to me for a while now, trying hard. I can tell that he really likes me, and he can give me a chance to develop my game and take it to the next level.”

Cisse initially chose Penny Hardaway and the Tigers out of Lausanne Collegiate School in Memphis, turning down offers from Kentucky, Kansas, UCLA, LSU, Texas A&M and others.

He started all of Memphis’ 28 games as a freshman this past season, where he averaged 6.6 points, 6.3 rebounds and 1.6 blocks per game. He was the American Athletic Conference’s Freshman of the Year.

He put up four double-doubles in his freshman campaign, including a 14-point, 13-rebound performance against Mississippi Valley State in just 24 minutes on the floor.

Cisse declared for the NBA Draft on April 6 while maintaining his collegiate eligibility. He reportedly entered the transfer portal on April 26 while still in the draft pool.

He also participated in the G League Elite Camp at the end of June. At that camp, he measured 6-11.25 with shoes on and had a 7-foot, 4.5-inch wingspan. He had a 31.5-inch straight vertical and a 38-inch approach vertical.

It wasn’t until July 2 when he announce his intentions to play a sophomore season of college ball.

Barring any late exits, this should put a bow on OSU’s 2021-22 roster. Boynton added four players this offseason, all via the transfer portal, in Cisse, Bryce Thompson, Woody Newton and Tyreek Smith. OSU is able to use 14 scholarships next season with Bryce Williams taking advantage of a COVID waiver.

“Our goal is to win the Big 12 conference tournament and the national championship,” Cisse told ESPN. “Last year I didn’t get to go to the NCAA Tournament. That’s a big goal of mine. I see all the pieces they’ve got coming back at Oklahoma State. We’re going to be really good.”