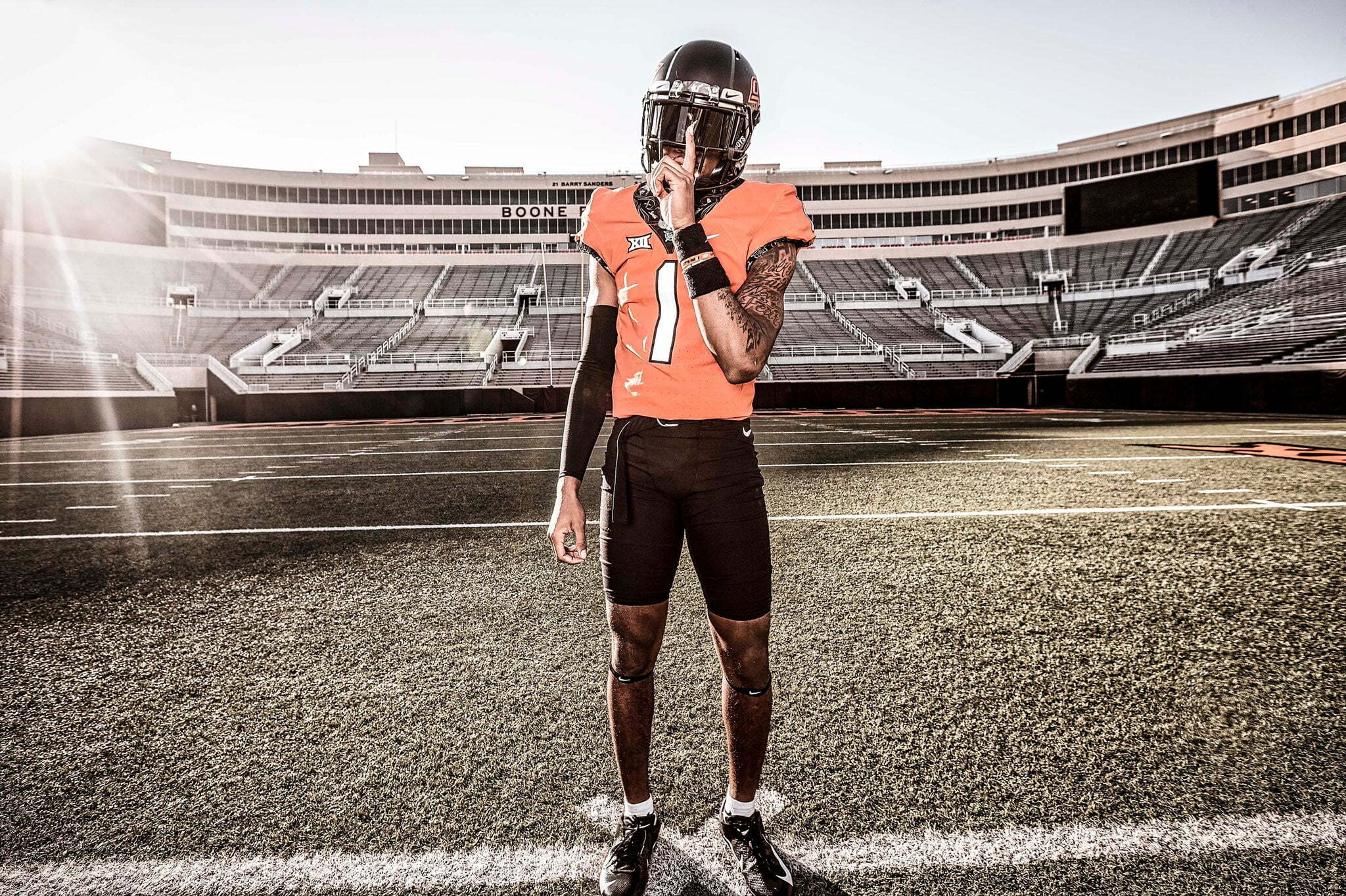 Once thought to be headed out west, Stephon Johnson will be a Cowboy.

Johnson, a wide receiver out of DeSoto High School, announced his commitment to Oklahoma State on Wednesday morning. Johnson was committed to Oregon for about nine months before before the Ducks’ coaching change this offseason saw him reopen his recruitment.

A three-star prospect, Johnson is listed at 6-foot-2, 182 pounds. He is the No. 539 player in the 2022 class, according to the composite rankings, making him the No. 73 wide receiver in the class and the No. 75 player out of the state of Texas.

Johnson had a good amount of Power Five offers, including to the likes of USC, Oregon, Ole Miss, Penn State, Arkansas and others, but he chose the Cowboys.

Although he finished his high school career at DeSoto, Johnson had moved around a bit before that. He played at Lancaster High (TX) as a junior in 2020, where he had 25 catches for 588 yards and eight touchdowns. He played at Houston Heights (TX) as a sophomore in 2019, catching 36 passes for 636 yards and nine touchdowns.