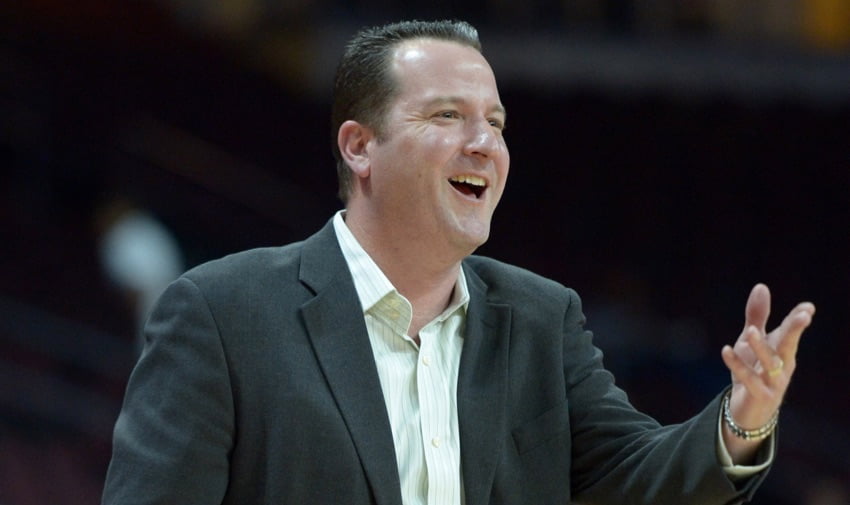 Brooks Thompson has passed away. He was 45.

Sean Sutton confirmed the news to the Tulsa World.

“I think he always thought Oklahoma State was a special place,” Sutton told the Tulsa World. “I think he considered Stillwater kind of home away from home. (He) certainly was a great husband and dad to Michelle and his three wonderful little girls. He was highly popular among Oklahoma State fans and just a really nice, great guy. Obviously I’m going to miss him a lot and so are a lot of other people.”

Thompson’s wife Michelle told Larry Reece a few weeks ago that Thompson was not doing well. He’d experienced double organ failure a few months ago. Here’s what Michelle said a few weeks ago.

“No matter what happens you are my hero!” Those words coming from our 16 year old daughter after seeing her father for the first time since being intubated and sedated little over a week ago!

Brooks has an infection – his immune system is not very strong right now. It’s taking his body a little longer to fight it off. Unfortunately, there have been other side effects to healing this blood infection. We just pray that God continues his work in Brooks!!

Thompson was more than just the head coach at UTSA. For you youngsters, he was one of the best guards in Oklahoma State history. He went in the first round of the 1994 NBA Draft to Orlando and played on that 1995 team that played for the NBA title.

He was one of my first ever memories of OSU hoops. He and Country rocking the old GIA. He was a great, great player and somebody who was probably perpetually underrated. He still holds the single-season record for most steals (with Marcus Smart) at 99 and is No. 5 all time in that category. He’s No. 4 all time in assists per game in a career and No. 10 in threes.

The most devastating part to me is how young he was. Forty-five! And survived by three kids and a wife. That’s awful. I’m not real sure what else to say about this other than I’m stunned. RIP Brooks. You were one of the best and one of the reasons I first fell in love with Stillwater and Oklahoma State.