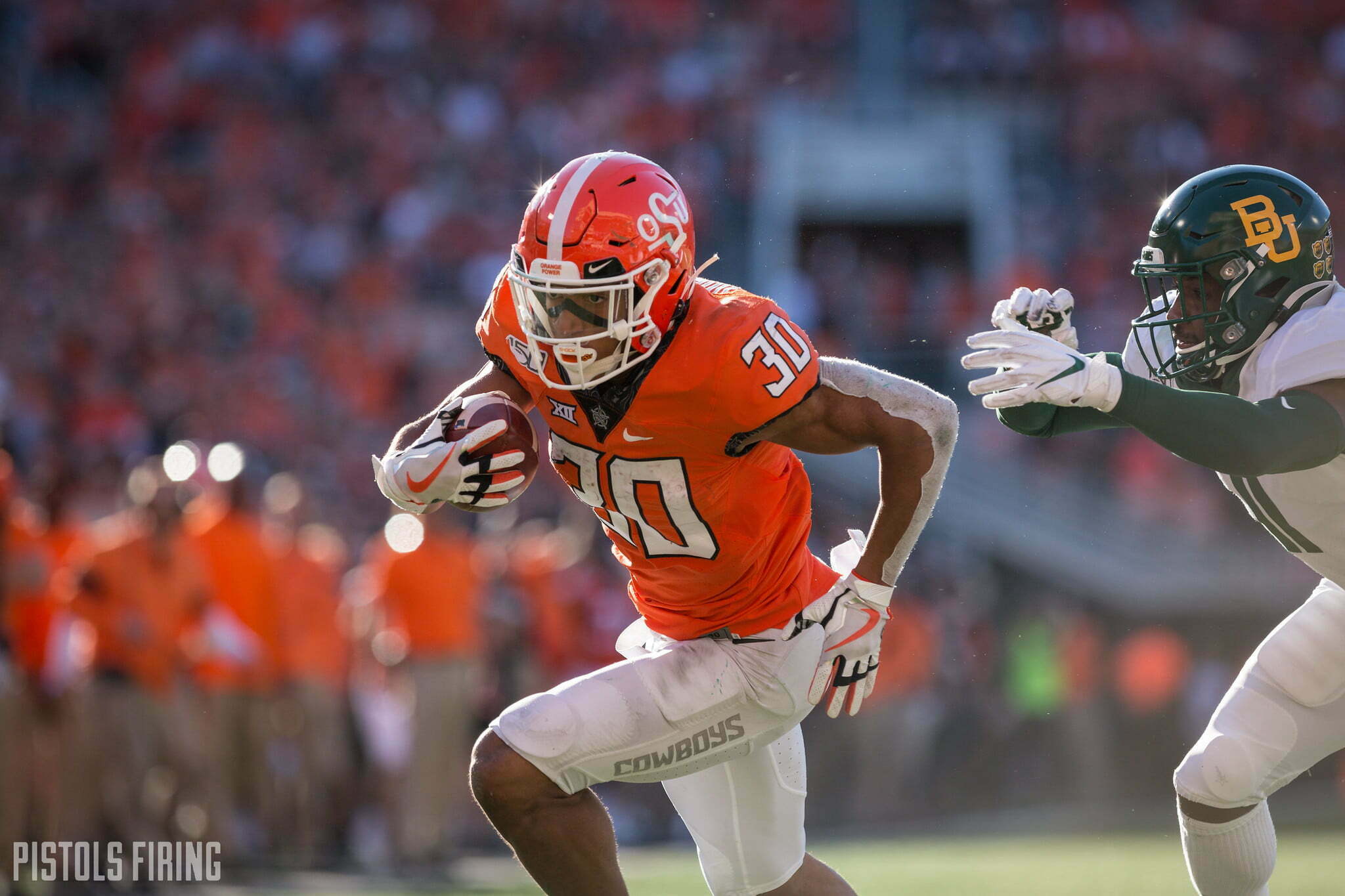 Oklahoma State has several draft-eligible players that could hear their names called in April.

It’s beyond way too early to talk about a draft that takes place in five months and for which the orders are yet to be set, but this draft has the potential to be the deepest in OSU talent during the Mike Gundy era.

Twice under Gundy, OSU has seen four players drafted. If one premature internet projection holds up, four Pokes could be selected in the first three rounds in 2021.

So early or not, let’s take a look at some of those projections and where they see these Cowboys landing.

A four-round mock by Pro Football Network has a slew of Cowboys projected to go in the first three rounds, with one glaring omission.

Tylan Wallace is tabbed as a late second round pick, with Pro Football Network mocking him at No. 58 to the Tennessee Titans.

The same mock has a handful of Cowboys going late in the third with Rodarius Williams going 82nd to the New York Giants, Teven Jenkins going 86th to the Indianapolis Colts and Kolby Harvell-Peel going to the Cleveland Browns with the very next pick.

You’ll notice Chuba Hubbard was not listed in this four-round projection.

Rodarius Getting a Second-Rounder?

Rodarius Williams’ brother Greedy was taken with the 46th pick in the second round 2019, and the older brother might land in the same range.

Walter Football has a two-round mock that has the longtime OSU cover man going 49th overall to the Oakland Raiders.

Some Love for Chuba

Tankathon has four Cowboys being drafted in the third round but has Chuba going first:

Again, projections will change several times before the draft order is even set and many more once these prospects are able to get in front scouts at the combine, during pro day festivities and at postseason exhibitions. But it’s a good starting point to see how some of the Cowboys’ best players are viewed by NFL talking heads and prognosticators.