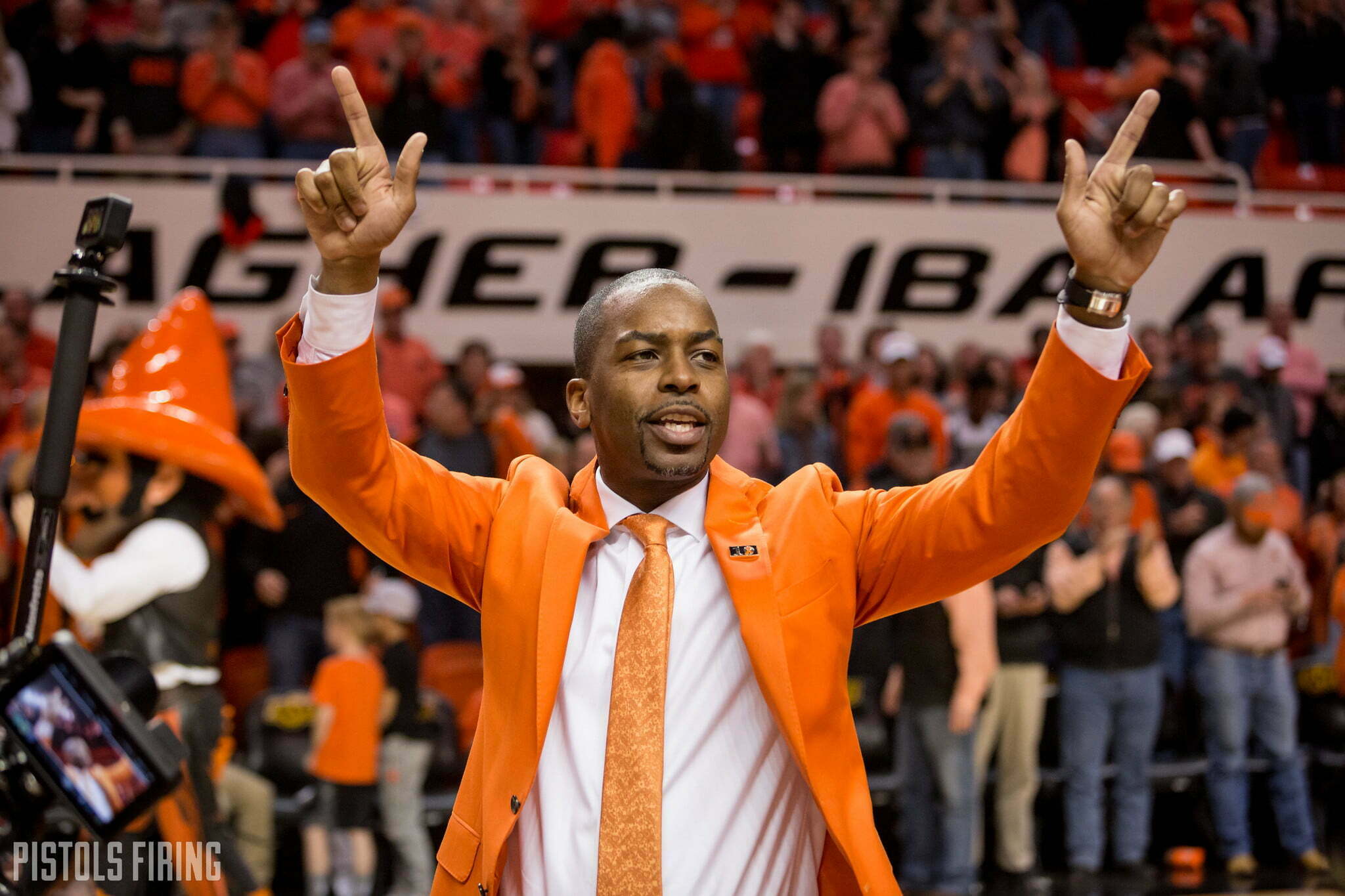 With Cade Cunningham’s stay in Stillwater lasting almost assuredly set to last just one season, it makes sense that the Cowboys are likely in a win-now mode.

In doing so, eligible transfers have started to come in focus for Mike Boynton and his staff with the season ending. The idea is to add experience at the college level to play alongside the likes of Cunningham, Isaac Likekele and Yor Anei next season.

OSU has two scholarships remaining to give out, given no one transfers out. The two class of 2020 guys most heavily linked with OSU right now are JT Thor and Donovan Williams. Here are four transfer guys OSU reportedly has interest in.

A 6-foot-3 guard, Johnson shot 41.1 percent from 3-point range this past season for Gardner Webb, where he averaged 13.5 points per game for the Runnin’ Bulldogs.

OSU has offered Johnson, according to Stock Risers Jake Weingarten. Weingarten reported that Xavier and Arizona have also offered.

With Thomas Dziagwa and Lindy Waters graduating, the Cowboys need some shooting next year, especially considering Cunningham and Likekele are at their best going to the basket.

It’s a skill Johnson has. He scored 20 or more points five times this season, including a season-high 29 against High Point on Jan. 23. In that game, Johnson went 8-for-13 from deep.

Similar to Johnson, Ferron Flavors is a 6-3 shooter.

Flavors scored 13.5 points per game this past season at Cal Baptist, and he shot 43.9% from 3. He averaged three 3-point makes a game this year, and he scored a seasons-high 24 points on Central Arkansas, where he went 6-for-13 from deep.

Flavors is already a bit of a college basketball journeyman. He spent a season at the junior college level at South Mountain Community College before transferring to Fairfield before then transferring to Cal Baptist.

A 6-8 power forward, Marfo averaged a double-double as he also scored 10.3 points per game for Quinnipiac. In his 30 games played, Marfo had double-digit rebounds 29 times this past season. He ripped down 21 boards against Monmouth on Jan. 21.

Another impressive skill Marfo possesses is that he is a 71% free-throw shooter, meaning he can be left on the floor in late-game situations when his team might need a crucial board.

OSU isn’t alone in its pursuit of Marfo, though. More than 25 programs have reached out to him since he hit the portal, according to 247Sports’ Evan Daniels.

If Marfo chose OSU, he would likely slot into Cameron McGriff’s former spot at power forward.

Landers Nolley led the Hokies averaging 15.5 points a game the past season, and now he is on the market.

Nolley entered Virginia Tech as the No. 67 player as the 2018 class. Having just wrapped up his redshirt freshman season, though, Nolley would likely have to sit out next season, as he wouldn’t be a graduate transfer.

But still, Nolley could be a solid piece for OSU moving forward. He is a 6-foot-7 guard, who scored 30 points in his first game of college basketball.