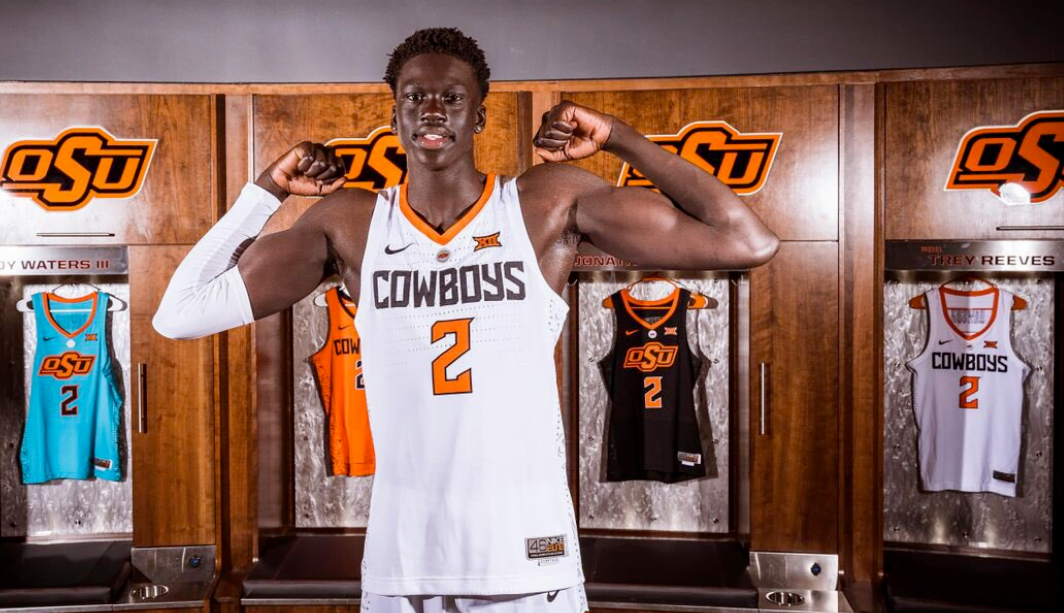 “This fall I’ll be taking my talents to Auburn University,” he said in an announcement posted on Twitter. “Go Eagles!” (They’re the Tigers.)

“This fall I’ll be taking my talents to Auburn University.” pic.twitter.com/ZCp2RdqIRc

Thor had long been rumored as an OSU lean after visiting Stillwater last September, but his status has been uncertain in recent months due to rumored interest of playing professionally overseas and a lack of media availability. He played it close to the vest, not letting out one way or another which way he was leaning.

“Bruce Pearl and the talent coming in, I feel like we can have a really good season next year,” said Thor. “He’s a players coach, he’s a winner.”

The lure of playing alongside a No. 1 recruit like Cade Cunningham surely was enticing to Thor for OSU, along with the opportunity to play major minutes at power forward right away after losing Cam McGriff and Jonathan Laurent. But Auburn is losing its two key power forward contributors from last season, too, and has a talented incoming class as well.

Even without Thor, OSU still holds the No. 10 recruiting class in the country and the No. 1 class in the Big 12, with commitments from Cade Cunningham, Rondel Walker, Montreal Pena and Matthew Alexander-Moncrieffe. Cal Baptist grad transfer Ferron Flavors is also arriving next season with one year of eligibility remaining.