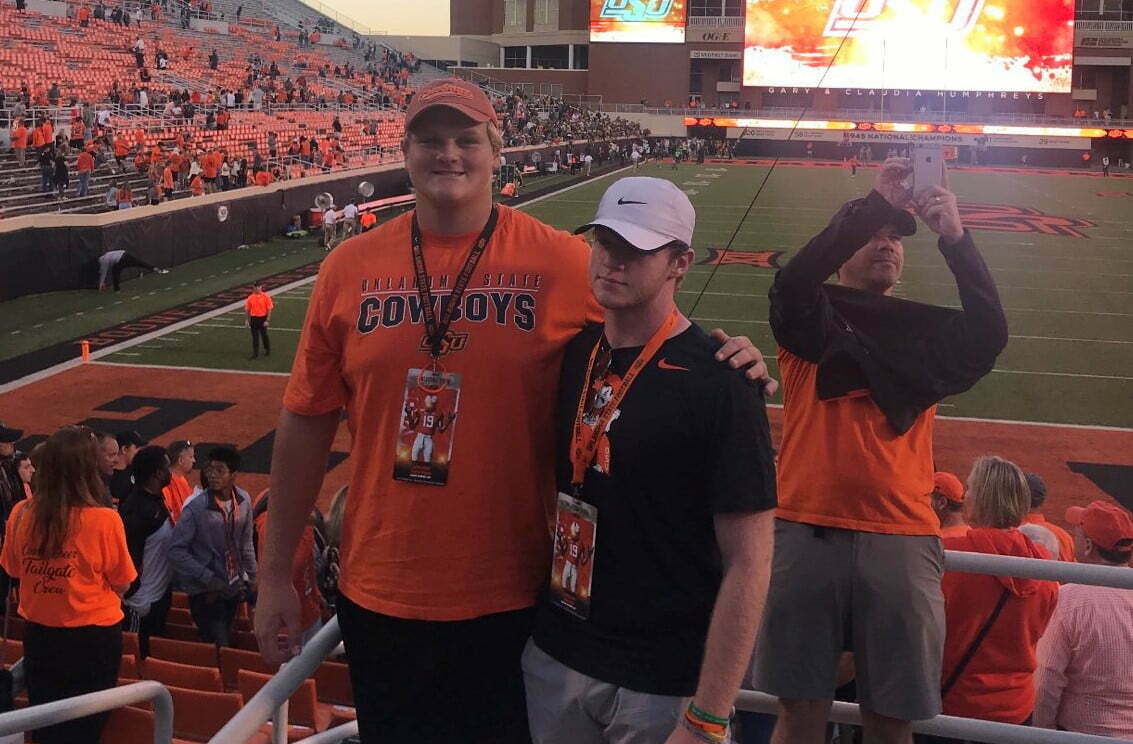 The state of Oklahoma has a good crop of football players in the 2022 class, and the Cowboys are still in the running for one of the state’s top talents.

Four-star offensive tackle Jacob Sexton, out of Deer Creek, included Oklahoma State in his top five on Monday along with Oklahoma, Alabama, Texas and Texas A&M.

Sexton is the No. 3 prospect from Oklahoma in the 2022 class behind Booker T.’s Gentry Williams and Edmond-Santa Fe’s Talyn Shettron (an OU commit).

247Sports ranks Sexton as the No. 187 prospect in all of the 2022 class. That puts him 25th among offensive tackles in the cycle.

Although no school has locked Sexton down yet, OU is the favorite to get him. He has four OU crystal ball predictions on 247Sports and five OU future cast predictions on Rivals.

Sexton is listed as a tackle, but he has also played guard at Deer Creek. OSU coach Mike Gundy likes his multi-sport athletes, and Sexton is one of those. Along with football, Sexton wrestles and throws shotput and discus.

Gundy does already have two in-state commits in his 2022 class in Beggs running back CJ Brown and Stillwater linebacker Gabe Brown. The Cowboys also seem to be the favorite to land Bixby athlete Braylin Presley, as his older brother Brennan is already making an impact in Stillwater.

As hot of a start as the Cowboys’ 2022 class is off to, adding Sexton could be the the difference between a good class and a great class come next November.