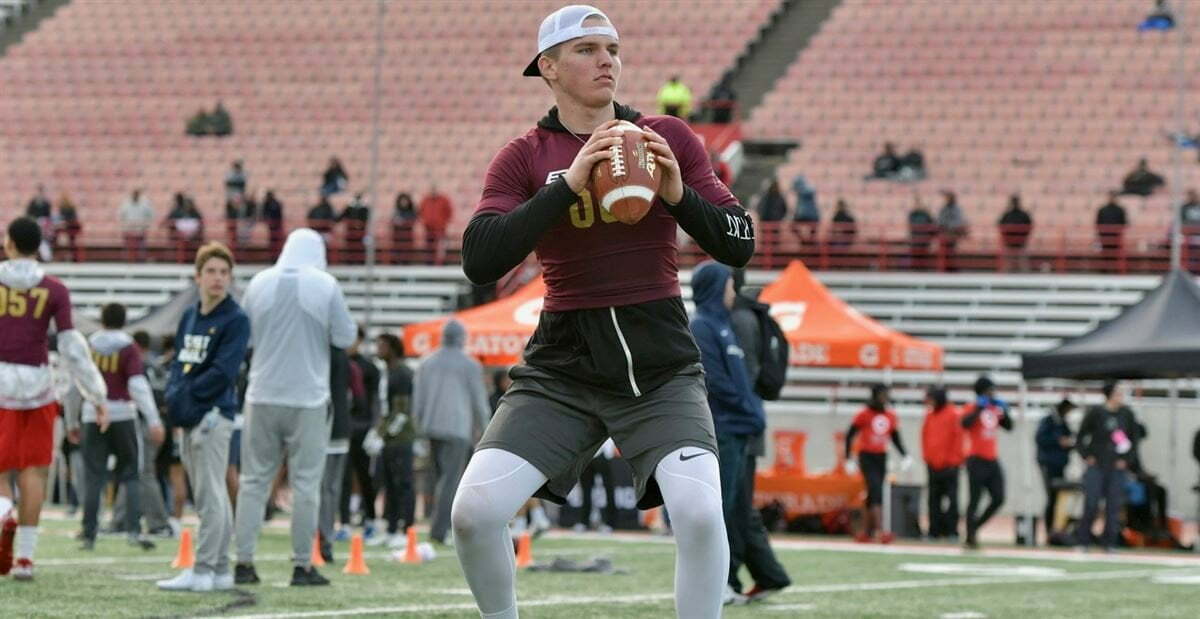 Sean Gleeson has his man.

Two weeks after receiving an offer from Oklahoma State, 2020 Cali QB Shane Illingworth is Stillwater-bound, the No. 8-ranked pro-style prospect announced on Twitter.

The 6-foot-6, 225-pound passer from Norco High School (California) previously received offers from the likes of Arkansas, Louisville and five Pac-12 teams, but the chance to play in orange apparently ended his recruitment.

Illingworth had stated that he would take his visits and make a decision in the summer, but it appears that first-year OC Sean Gleeson was able to seal the deal early. One question about the former Princeton assistant coming in was his ability to recruit at the next level. Those concerns might have just been put to bed.

This means that the 2020 QB room in Stilly is set to include two four-star passers in Spencer Sanders and now Illingworth. The new commit is also the second California quarterback to commit to OSU in as many years with 2019 signee Brendan Costello.

In 2018, Illingworth racked up 2,739 yards and 29 touchdowns with a completion rate of 63 percent. Have a look at the highlights.