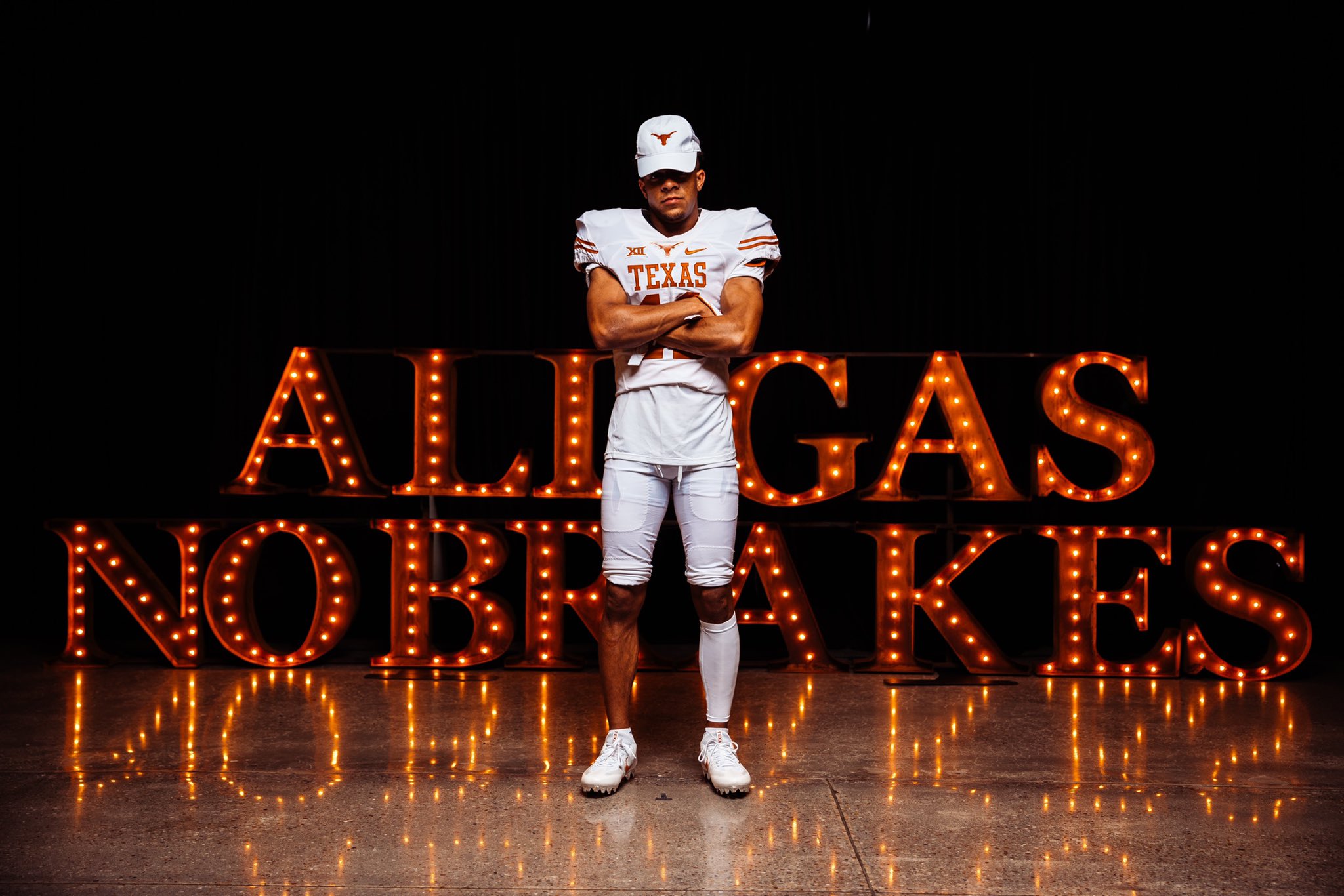 As many began to expect, Brenen Thompson will be a Longhorn.

Thompson announced his commitment to Texas on Wednesday evening. A four-star receiver from Spearman, Texas, Thompson had Oklahoma State in his final three in August, but it wasn’t meant to be.

That leaves OSU with a 13-man 2022 class as things stand. That class ranks sixth among Big 12 programs, but it isn’t as bad as it sounds. On a per player average, OSU’s 87.71 actually ranks third in the conference behind the soon-to-be-leaving OU and Texas.

OSU coach Mike Gundy was asked about recruiting in his bye week media availability Tuesday, and it doesn’t sound as if the Cowboys are going to take a traditional full 25-person class. There are a few reasons for that. One is that COVID-eligibility waivers throw some kinks into recruiting as to whether next season’s “super seniors” will count toward total number of scholarships. The emergence of the transfer portal also means schools ought to save a few scholarships for after the season when the portal starts to fill up.

“Well we’re in good shape because we really only have two slots left, based on where we think we would be with numbers, and it’s hard to predict the portal and all those different things,” Gundy said Tuesday. “But really just a couple spots left, maybe three. So we’re in good shape with what we have. We obviously have to keep those guys. I mean, you can lose any at any time. We still have young men coming in on official visits and leaving, and we have several more scheduled over the next few weeks. So, I like where we’re at. I like our class.

“We’re going to hold two, maybe three for transfers. It’s really the first time we’ve ever just come right out and said we were going to do that. It’s just the way the game’s being played now. It’s a little unusual. Hope to get some sort of ruling or course of direction from the NCAA or the football oversight committee, I don’t even know who’s in charge anymore, on how we’re going to handle next year’s ‘super seniors.’ Whether they’re going to count against us or not numbers wise makes a huge difference. So hopefully we’ll get a little direction over the next couple months and that’ll help us prior to signing day.”

There are still a few potential traditional options out there for the Cowboys.

Tyrone Webber is the No. 3 junior college prospect in the country, according to 247Sports. An offensive tackle for the New Mexico Military Institute, Webber was on OSU’s campus this week on a visit. OSU is competing with Auburn, Texas A&M, Houston, Ole Miss and others for Webber’s services.

Another guy to watch is Choctaw’s DeSean Brown, one of the few uncommitted in-state prospects left. A defensive end, Brown is a four-star prospect, according to Rivals. He is the No. 418 player in the 2022 class, according to the composite rankings. That would make him the fourth-highest ranked commitment in OSU’s class, the highest among defensive commits.

The early signing period is Dec. 15 through Dec. 17, and the regular period starts Feb. 2.