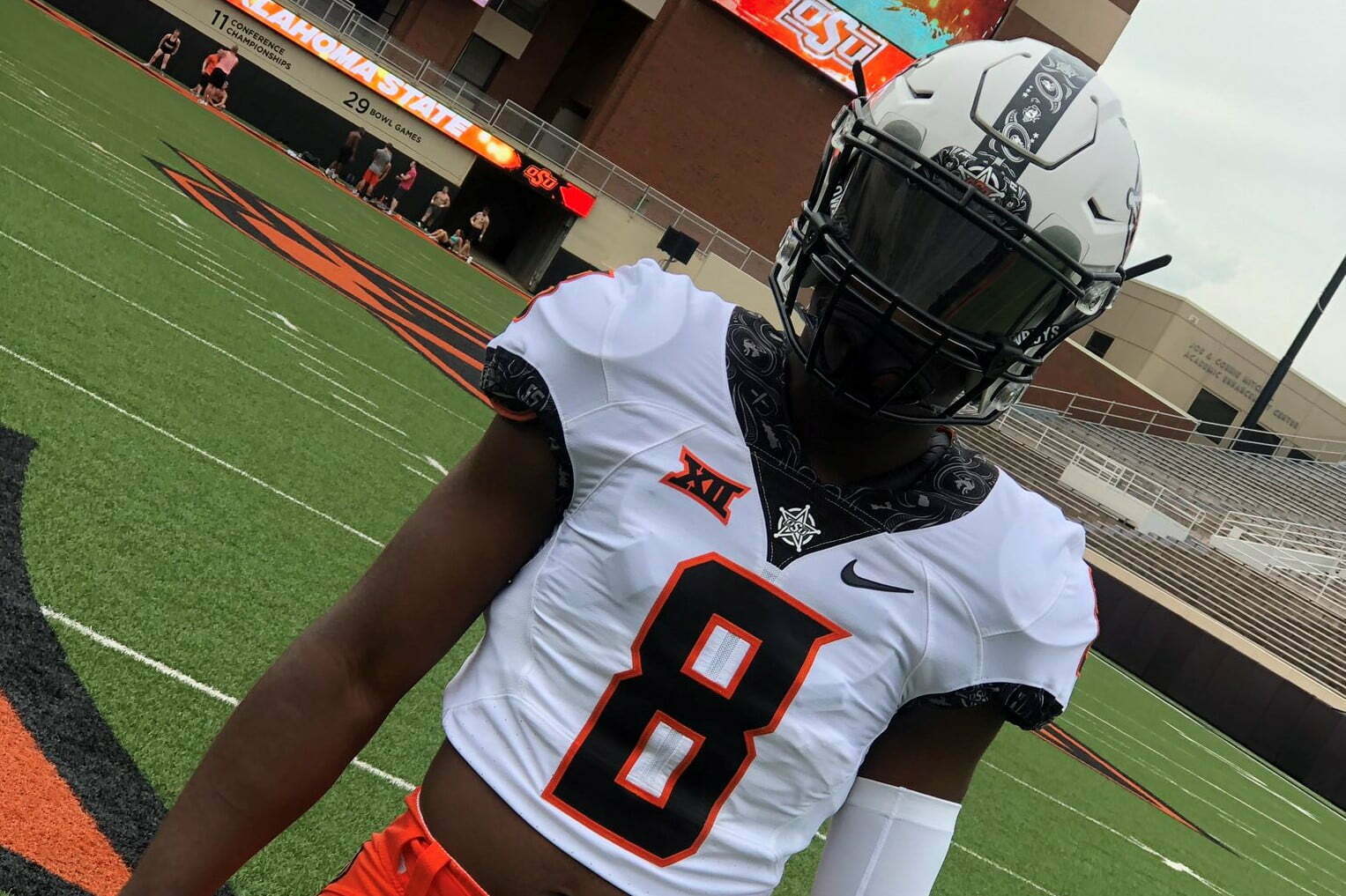 Jim Knowles’ defenses have progressed rapidly since he has gotten to Stillwater, and high-level recruits are starting to take notice.

Hullaby is a 2022 prospect listed at 6-foot, 185 pounds out of Mansfield-Timberview (the same high school OSU hoops’ Isaac Likekele hails from).

He fits into the mold of athletes who can cover that Knowles and his assistants have gone after in recent classes. Hullaby is listed as a safety and primarily played that at Timberview, but in his scholarship announcement, Hullaby actually mentioned OSU corners coach Tim Duffie.

The Cowboys have been in on Hullaby for a while now. The Pokes offered back in January of 2019 when he wasn’t ranked. He made it up to Stillwater last January, where he was still unranked.

Speaking of rankings, Hullaby is up to No. 306 in the 2022 class, according to the composite rankings. That makes him the No. 17 safety in the class and the No. 38 player from Texas.