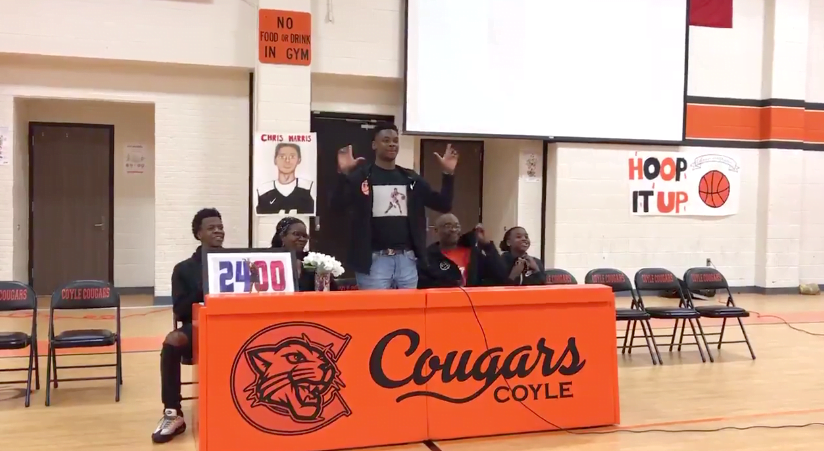 Chris Harris Jr. committed to Oklahoma State at his former middle school, moving OSU’s 2019 class to the No. 20 class in the country with two scholarships to give. Harris, a shooting guard, is the 128th-ranked prospect in the 2019 class, and one of the top remaining uncommitted prospects in the country. He’s ranked by 247sports and by Rivals as a four-star prospect.

The No. 13 player in Texas for 2019 was released from his NLI with Texas A&M after Billy Kennedy was fired in March.@OSUMBB @SGHS_Colonels @SportsDayHS pic.twitter.com/bhtJGf8Onk

Harris is the third-highest ranked prospect in OSU’s 2019 class behind Marcus Watson (73) and Avery Anderson (123). Those three along with in-state standouts Kalib Boone and Keylan Boone make up the fifth-ranked class in the Big 12 behind Texas, Texas Tech, Oklahoma and TCU.

For instant audio reaction, you can check out the latest episode of The Reload podcast with Kyle Boone and Dustin Ragusa below.