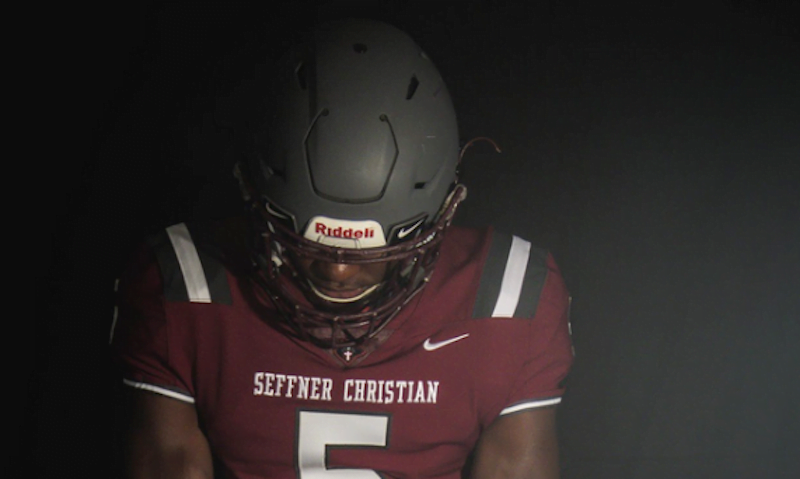 It’s something of a running joke that Mike Gundy and his staff only look for players who are multi-sport athletes … but it’s hard to ignore the mounting evidence. Almost every one of OSU’s 11 commitments in the 2021 recruiting class play multiple high school sports, and now OSU is actively recruiting one prospect to play multiple sports at Oklahoma State.

That recruit’s name is Michael Trigg, a four-star tight end from Florida who, at 6-foot-4, is rated as a three-star shooting guard by Rivals and a top-5 national recruit at tight end by 247Sports. He announced Thursday that OSU’s football and basketball staff have extended him offers to play in Stillwater. It appears OSU offered Trigg in football back in April, so basketball seems to have just entered the mix and made it a dual-sport pursuit.

Now, technically, Trigg would probably have to choose between one or the other. Football training camp starts in August, the season starts in September, and usually wraps in January. Basketball season overlaps, with training starting in July, and the season running November to April.

But details, details. The incredible thing is that he’s talented enough to garner multiple scholarship offers from the same institution. And even more incredible is that OSU isn’t alone. Illinois, Alabama, Memphis, Auburn, South Carolina, USC, Kentucky and LSU are among those who have also offered in both sports in the last month alone. 247Sports lists him with 50 (!!!) total scholarship offers. (There are only 130 Division I football teams!)

Taking all this into context, this does feel like a bit of a dart throw. Trigg hails from Tampa, Fla., has no known connections to the midwest (much less to Oklahoma State), and has virtually every opportunity at his disposal to stay closer to home. Nonetheless, it’s an interesting name to watch for OSU in multiple sports.

Last season as a junior he caught 82 passes for 1,232 yards receiving and scored 16 times, solidifying his standing as one of the top tight end prospects in the country. But on the hardwood he was equally impressive, averaging 22.6 points and 8.3 rebounds per game.