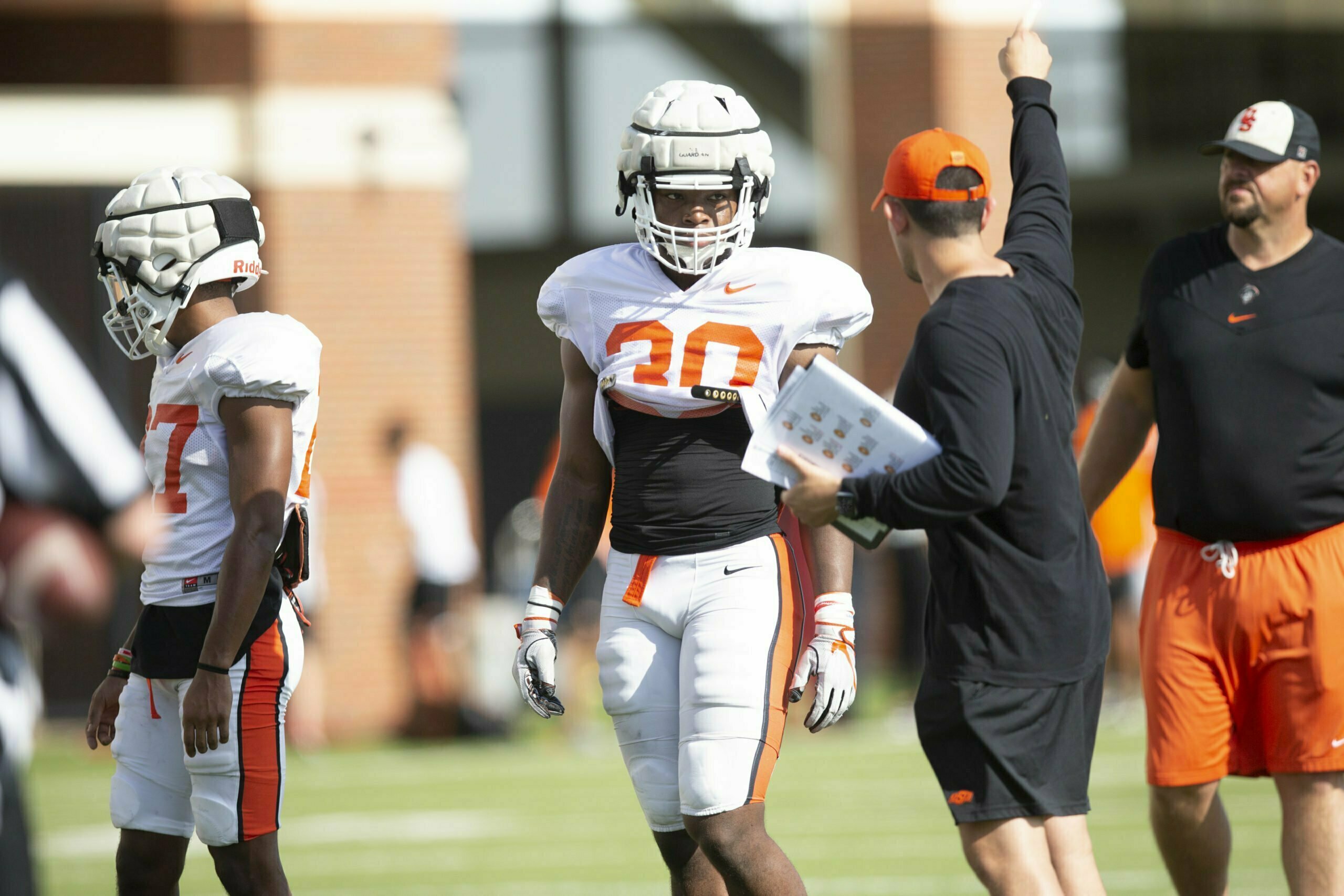 STILLWATER — The Cowboys are two and three deep along the defensive line, but Mike Gundy said a true freshman is earning some looks as the season draws near.

Collin Oliver was a four-star prospect in the 2020 class, continuing Oklahoma State’s fertile pipeline from Edmond Santa Fe to Stillwater. Oliver enrolled early at OSU, and at Big 12 Media Days in July, Gundy said they like Oliver but needed to see if he could hold up in August practices before saying whether he would earn snaps this season. Gundy updated that stance Thursday.

“Collin’s gonna [get] to play,” Gundy said. “A lot based on different things, packages we use. I feel like he’s going to be in the game plan.”

In his final three seasons of high school ball, Oliver combined to make 152 total tackles including 25 tackles for loss and nine sacks. As a senior in 2020, he led Edmond Santa Fe to the 6A-I state championship game and had 66 tackles, 17 tackles for loss and four sacks on the year.

Recruiting sites listed Oliver as an inside linebacker, but he was recruited to play Jim Knowles’ Leo position at Oklahoma State, a hybrid position with a pass-rush focus. Oliver entered a crowed room with Trace Ford, Brock Martin and Tyren Irby, but injuries limited those three in the spring, giving Oliver more reps to prepare for his first season of college football.

This feels similar to the type of praise Ford, another former Edmond Santa Fe standout, started to garner. As a true freshman in 2019, Ford had 29 tackles, four tackles for loss, three sacks, an interception and a forced fumble. Entering his sophomore year last season, Knowles called Ford an “All-American prospect.” Ford went onto have 22 tackles, 4.5 sacks and two forced fumbles before a knee injury cut his sophomore campaign short.

A year later, and similar verbiage is starting to be used about Oliver, this time coming from his teammates.

“New guy, Collin Oliver, who I think will probably be an All-American by the end of his career,” Martin said. “… He’s just a freak athlete. He’s strong in the weight room. He really takes this stuff serious. He asks questions. He’s got a lot of help. He’s got me, older guys like Trace, who came from Edmond Santa Fe.”