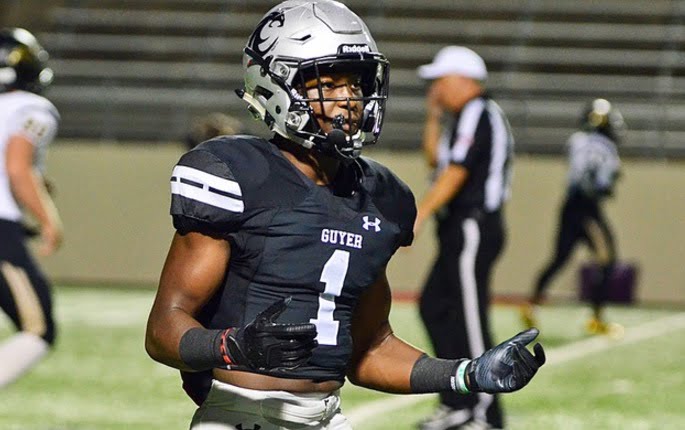 When Oklahoma State 2017 safety signee Thabo Mwaniki was an eighth-grader, his family hired a defensive back coach for him.

Now two weeks away from his report date at Oklahoma State for summer ball, he still uses the same coach, has trained with a former Cowboy and said he feels set to start in Stillwater.

This past summer, Mwaniki showed up for his regularly scheduled semi-weekly training session with his coach. Joining him was then-starting OSU safety Jordan Sterns. Mwaniki met up with Sterns and his coach in Midlothian, Texas, where Sterns has family, and worked out with him and his brother Caden, a four-star safety committed to Texas.

“I didn’t talk to (Jordan) much, but I could tell by the way he carried himself that he was a good leader on that team,” Mwaniki said. “He would go up to a gym, if he didn’t like what he did, if he didn’t do it the right way or to the best of his abilities, he’d go back and do it as many times.

“I carried that from him.”

Footwork is one of the most important pieces to Mwaniki’s game, he said. He didn’t know how much technical work went into playing in the defensive secondary, he said. He always knew he liked to hit, but that, mixed with making athletic plays on the ball, were all being a defensive back meant.

That wasn’t too glamorous at first. He said he wanted to play receiver. So he showed up to a few football camps and found, as expected, a bevy of wanna-be receivers. About a quarter of that number were across the field trying out defensive back, he said.

Although he didn’t play receiver at the camps, Mwaniki got reps there while at Denton Guyer High School as well as quarterback. And he was good at it all. He even received offers to play receivers at other colleges.

“With me, it’s different because I have a lot of traits that a lot of coaches are looking for with defensive backs,” he said. “One thing that I think that stands out for me is my football IQ. Being with that defensive back trainer since eighth grade, he’s been feeding me knowledge ever since.”

Although other incoming freshman are trying not to overthink the moment or get too amped before their report date, Mwaniki said after the work he has devoted to his craft, all is set.

“I’m ready to go,” he said. “I was ready since I signed those papers in February.”