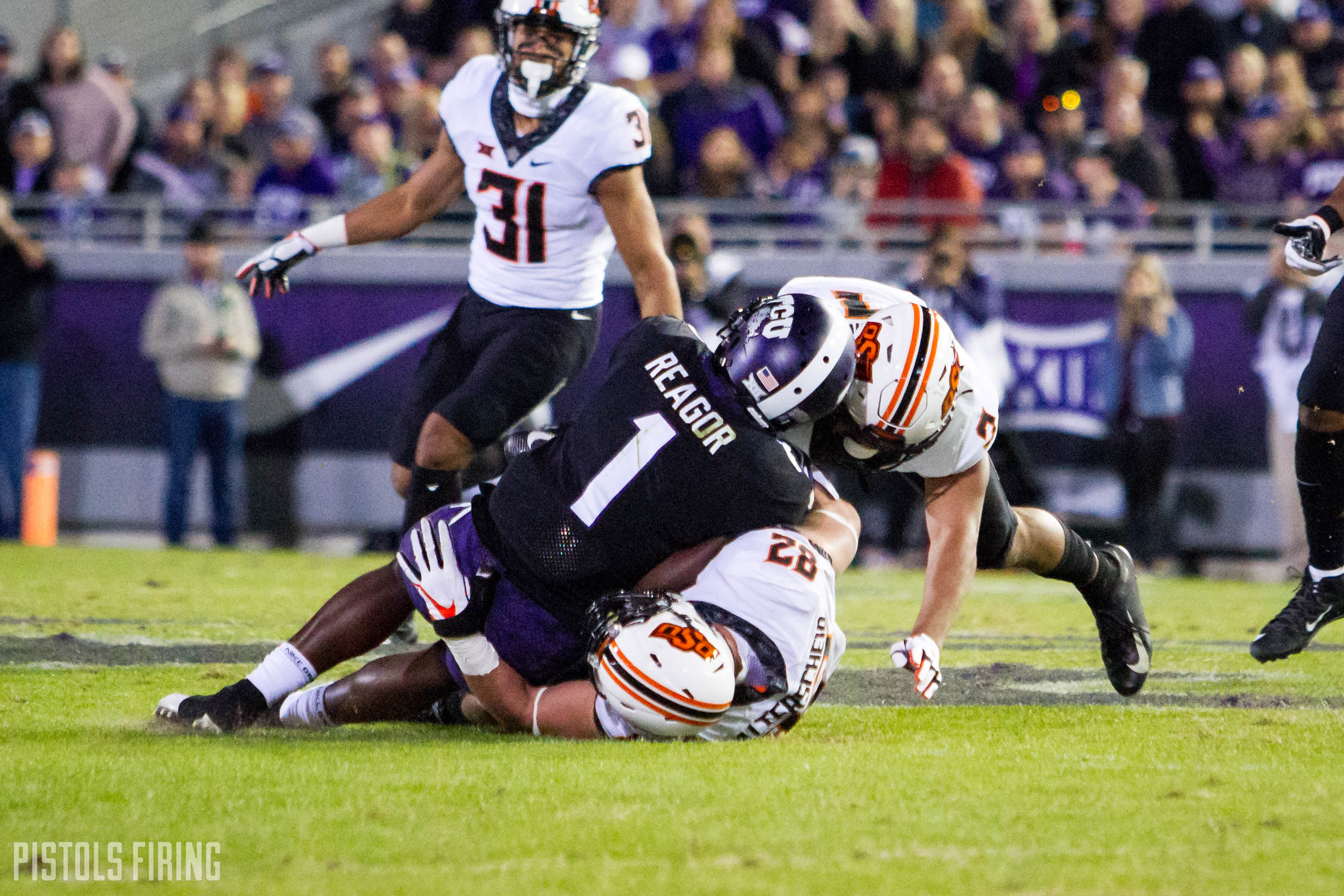 The Cowboys fell short on an attempted 21-point comeback and gave TCU and extra game this season. Here are some grades from an ugly night in Fort Worth.

Taylor Cornelius played bad in the first half and average in the second, so he gets a C-.

Competing with the Kansas State game, it was one of Cornelius’ worst games of the season, maybe he doesn’t like purple. Cornelius had his lowest completion percentage (42.5) and his lowest amount of passing yards (181) this season. He competed in the second half, scoring two rushing touchdowns while running for a team-high 52 passing yards, but it wasn’t enough.

How many times does this route need to be called before anyone realizes it won’t work?

This is tied for the second fewest amount of points OSU’s defense has allowed in a Big 12 game this season, which means it should’ve been enough for the Cowboys to win.

Funnily enough, it’s tied with the 31 points OSU gave up against K-State, another loss. The Cowboys even got stops when they needed them like when Kolby Peel got a huge tackle for loss on a late third down to set up a would-be game tying drive.

There are many times in a Big 12 season where you can point to a team’s defense as to why that team lost a game. That was not the case Saturday.

Saturday was the first time Hubbard had at least five carries in a game and averaged under four yards a carry.

He finished with 13 carries for 42 yards and a touchdown. He also had a pair of drops on flair routes, one resulting in a TCU touchdown after it was determined he was behind the line of scrimmage. The tough running day obviously doesn’t fall all on him. He actually gained 50 rushing yards but lost 8 resulting in his 42.

Hey, the Hockett Rocket did all he could do.

Hockett punted a career high seven times and averaged 51 yards per punt, longer than his career long entering the season. Hockett was able to neutralize Jalen Reagor. Reagor had 233 all-purpose yards, but none came from punt returns. Hockett had a 71-yard punt (a career long), four punts for more than 50 yards and he put TCU inside its 20 twice.