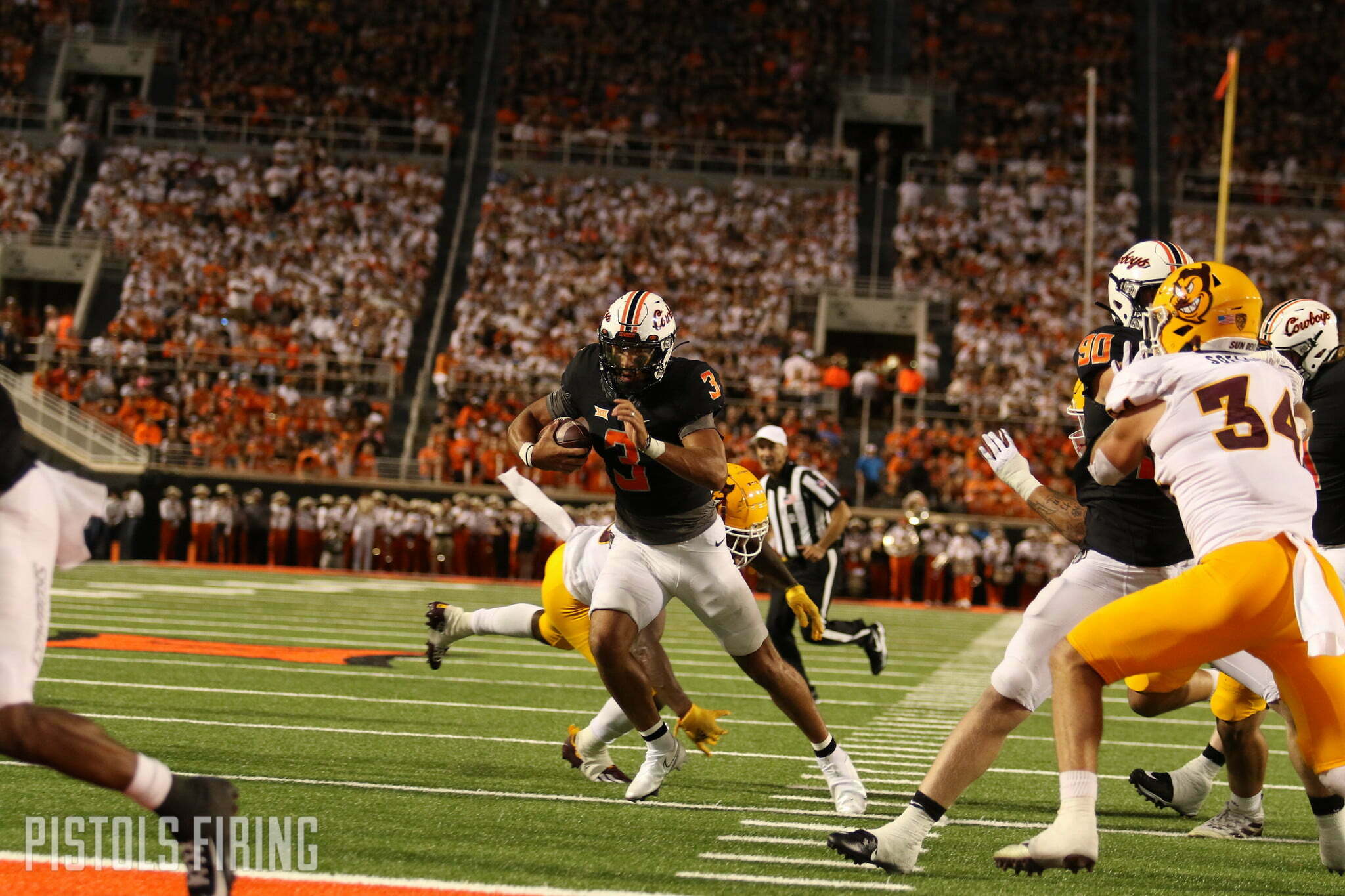 The Cowboys and Golden Lions have never met on the gridiron despite being about a six-hour drive from each other.

Oklahoma State coach Mike Gundy is a perfect 13-0 against the FCS since taking over in 2005.

The Cowboys have won those games by an average of 38.6 points a game.

Gundy’s closest shave against an FCS foe came in his first game as the Cowboys’ coach, a 15-10 win against Montana State. OSU trailed in that game in the third quarter before Donovan Woods connected with brother D’Juan Woods for a 23-yard touchdown.

Gundy’s biggest blowout in these games came in 2012 when the Pokes thumped Savannah State 84-0. OSU had nine rushing touchdowns in that game: three from Desmond Roland, three from Jeremey Smith, two from Joseph Randle and one from Corey Bennett. The Pokes rushed for 9.4 yards a carry that day. If the end zones weren’t there to stop them, who knows what that number would’ve been?

Here is a look at all of Mike Gundy’s game against FCS foes: