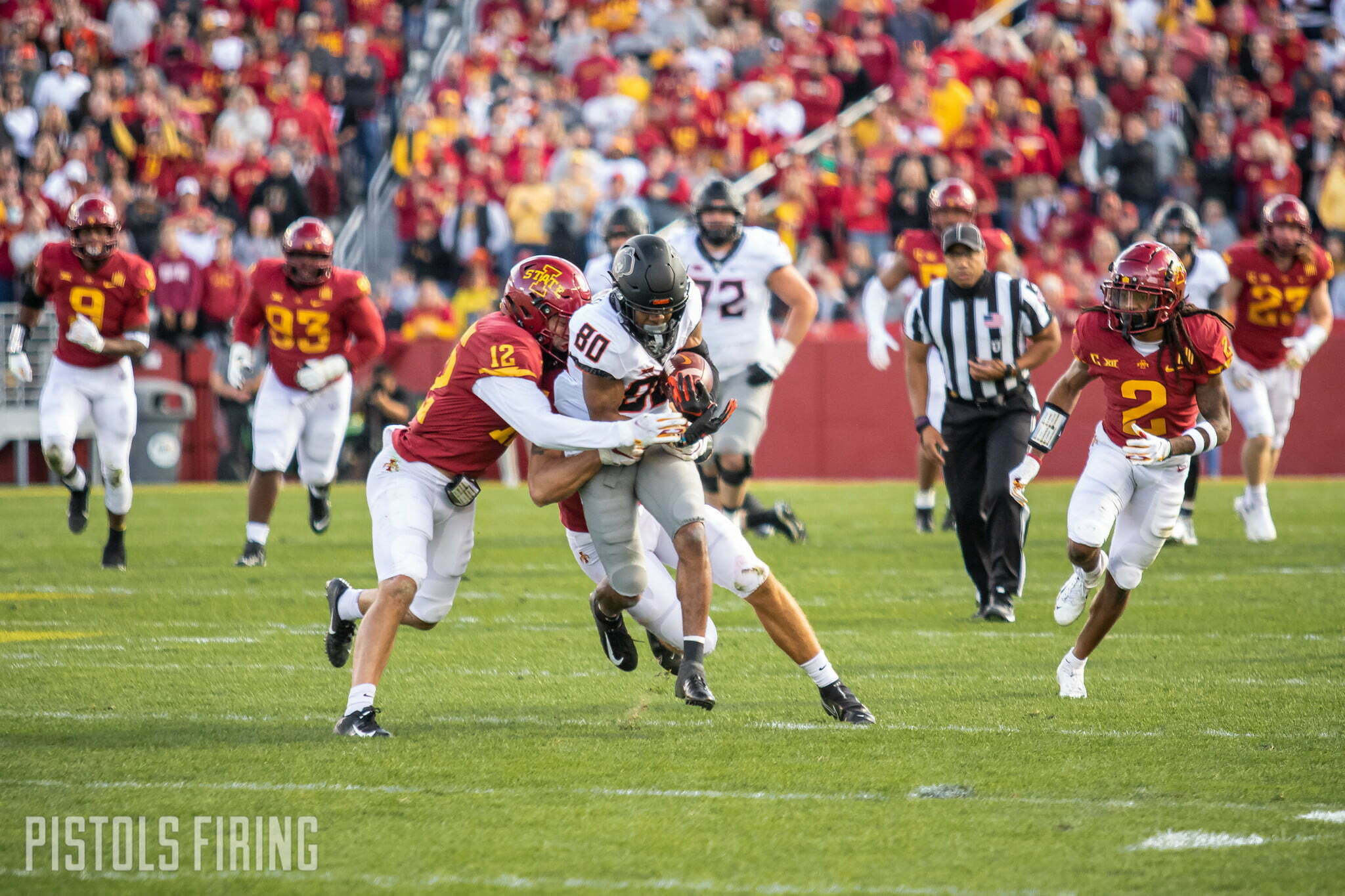 Saturday will show whether Oklahoma State can hang in the Big 12’s midfield or if the Cowboys will take another step down the ladder.

On a two-game losing streak, Oklahoma State hosts Iowa State, a team with one conference win this season. Here is how to watch Saturday’s game, a look at stats and the series history between the Cowboys and Cyclones.

The past seven times the Cowboys and Cyclones have hooked up on the gridiron, the game has been decided by 7 or fewer points.

You have to go back to 2014 for the last multiple-score game. That season, a mediocre OSU team beat a bad Iowa State team by 17. Daxx Garman threw for 271 yards and a touchdown while Tyreek Hill had a 97-yard kick return touchdown.

Here is a look at the past 10 meetings.