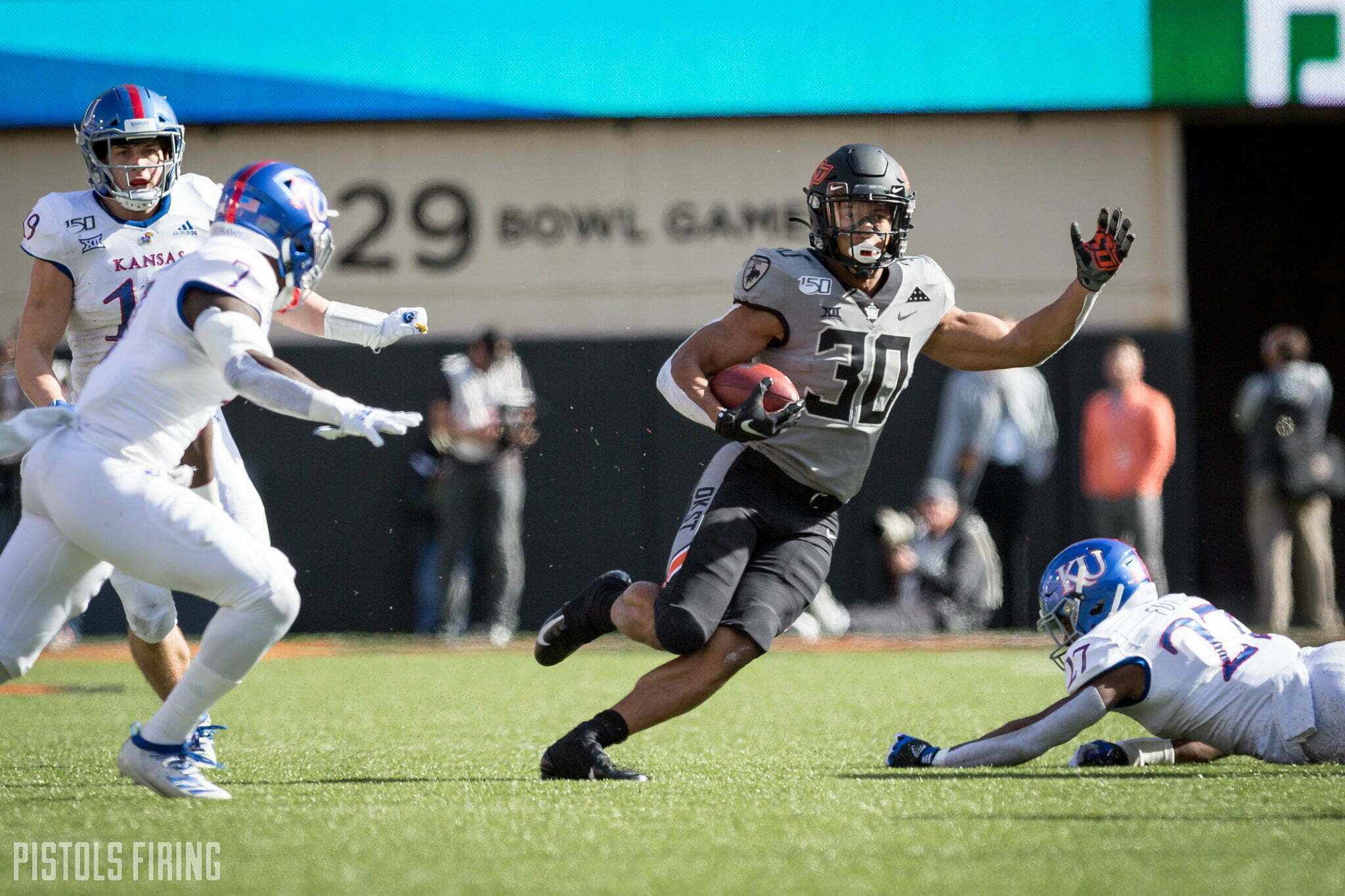 The Cowboys’ offense has been slow out of the gate, thanks in large part to injuries, but that group could find its stride this weekend.

Oklahoma State travels to Big 12 bottomfeeder Kansas this Saturday with a quest of returning to Stillwater 3-0. Here is a preview of that matchup.

In their past five meetings with the Jayhawks, the Cowboys have run for 212.8 yards a game on average, and it doesn’t look like that average will go down in 2020.

In those last five meetings, OSU has rushed for fewer than 200 yards only once (coming in 2017 when OSU threw for 494 against the Jayhawks). OSU’s rushing attack has hurt KU in myriad ways as well.

Diving into memory to recall names like those should make it all the more scary for Les Miles’ bunch that the Cowboys have star Chuba Hubbard and breakout LD Brown this season.

Hubbard and Brown each surpassed the century mark last weekend against West Virginia, becoming the first duo to do so for the Pokes in a conference game since 2016.

Meanwhile the Kansas defense let Coastal Carolina run for 185 yards and the Chanticleers had only one negative rushing play.

In KU doesn’t commit a secondary-crippling amount of people to the box to stop the run, look for OSU’s rushers to have a huge day.