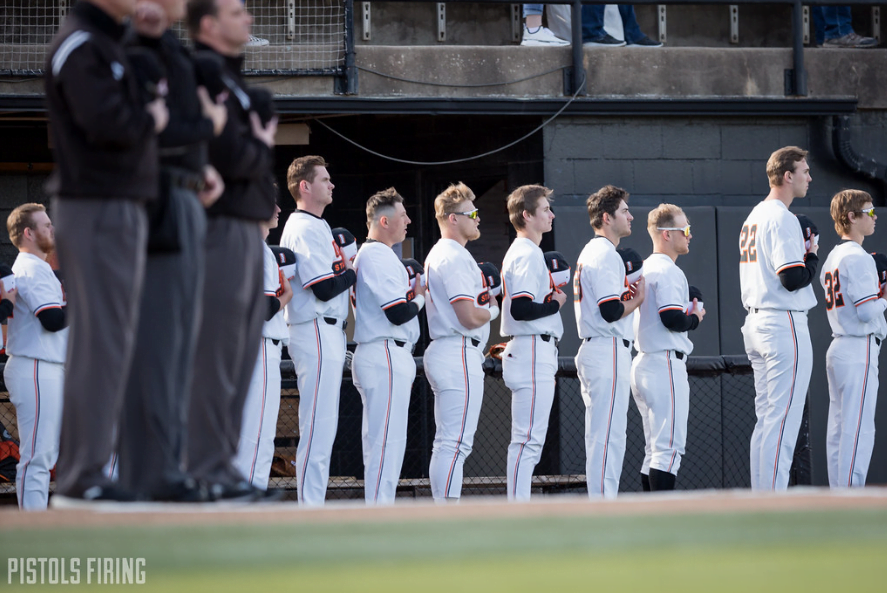 O’Brate Stadium is getting a pretty amazing opening on March 20 against TCU. According to one source I talked to and as first reported by the Tulsa World, former president George W. Bush will throw out the first pitch when the Pokes open their new digs against the Horned Frogs in three weeks.

As a result of his longtime friendship with Oklahoma State donor Cecil O’Brate, the 73-year-old Bush is said by multiple sources to have agreed to throw the ceremonial first pitch before the start of the TCU-OSU baseball game — the first game played at the Cowboys’ new ballpark. [Tulsa World]

Three quick things on this.

1. This is going to be incredible. A former president tossing out the first pitch at the opening of a $60 million college baseball stadium? Come on. That’s outrageous.

2. This will actually be the second big moment for W in Stillwater. He delivered the commencement in 2006 as the sitting president of the United States at Boone Pickens Stadium. I was there. It was totally surreal. Here’s an excerpt.

Your generation will confront the challenges of a world that is now at our doorsteps. When Oklahoma was settled in the late 19th century, this was America’s frontier. Now the whole world is within your reach. You can email friends in Central America, or you can fly nonstop across the Atlantic or Pacific, or you use your Bank of Oklahoma card and withdraw money from an ATM in Australia.

At the same time, we’re seeing the rise of new competitors like China and India, and this competition creates uncertainty. Some look at the changes taking place all around us and they worry about the future. Their reaction is to wall America off from the world, and to retreat into protectionism. This is a sure path to stagnation and decline. I ask you to reject this kind of pessimism. [White House]

3. Bush’s first pitch at the 2001 World Series was one of the best sports moments of this century (which is now 20 years old). Maybe THE best. Fresh off the wounds of 9/11, he threw up a big middle finger by absolutely piping a fastball (after Derek Jeter told him he’d get booed if he bounced it!) before the Yankees and Diamondbacks squared off. Spectacular. Hope we see similar heat from the 73-year-old on March 20!