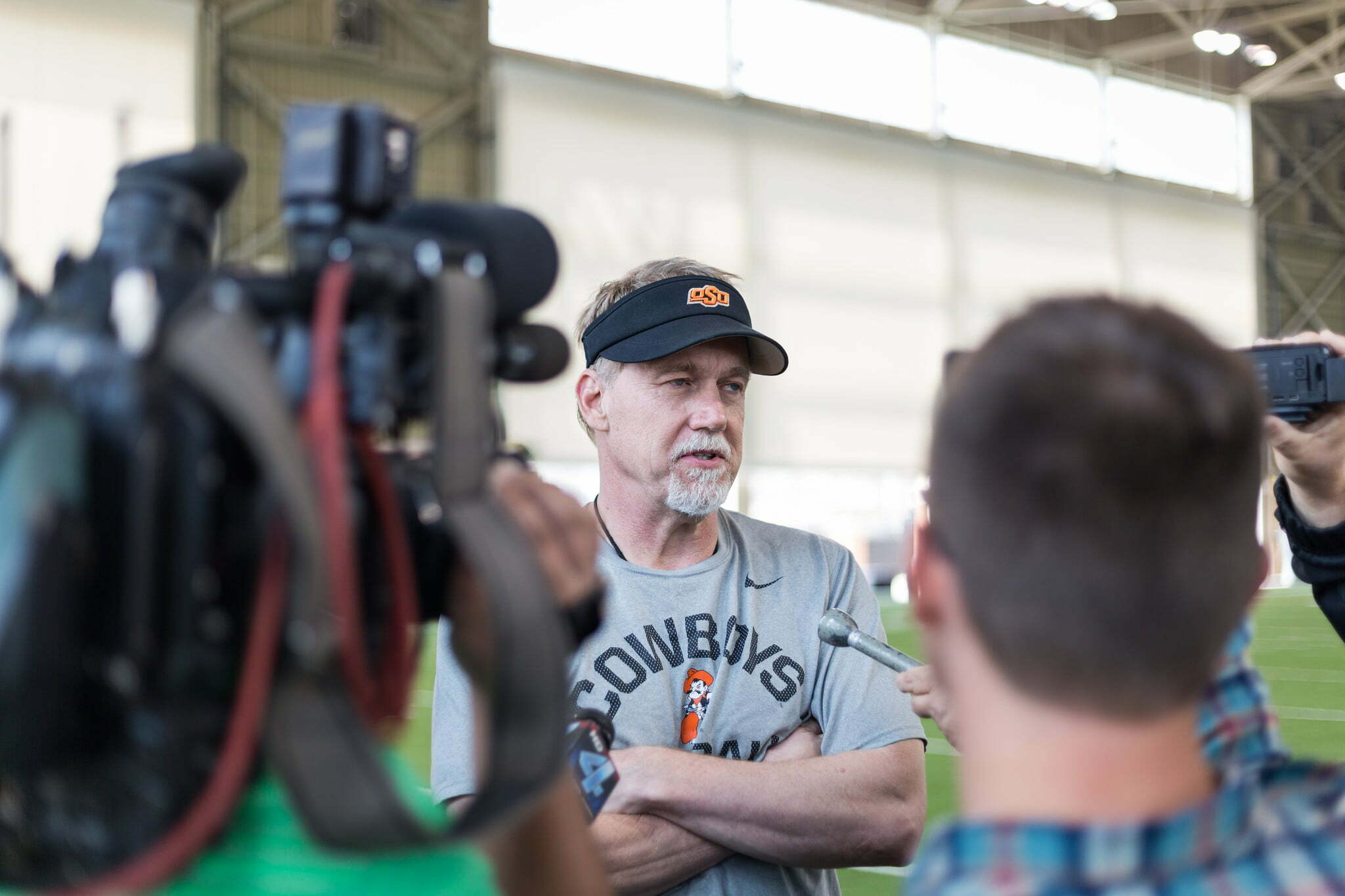 I’ve been watching a few college football preview shows for the past week, and I’ve seen pretty much the same narrative from most of the national media outlets – Oklahoma State is a trendy pick to win the Big 12 and CFP candidate because of Mason Rudolph, those WRs and an explosive offense.

Then you wait for the “but” from each analyst: “ … but everything hinges on if Oklahoma State can stop anyone.” This is paraphrased, but it’s basically what everyone ends up saying.

Given the nature of these shows and how many teams they have to talk about, I don’t think most of these analysts they know the first thing about how good or bad the OSU defense will be. These are just talking points, and this is still the offseason.

That being said, we should also probably give them a break. OSU has a history of scoring a lot of points and with the exception of a few years, fielding a pretty below average defense. There are no major NFL draft prospects that will anchor this year’s defense, so really it makes sense that these analyst would pin OSU with a defense that has resembled previous units that have been a disappointment.

My intention isn’t necessarily to change that narrative so that these experts believe OSU has a top 10 defense, but to redefine what success looks like at OSU and in the Big 12 on the defensive side of the ball. The Big 12 is a different type of football, and subsequently you have to adjust what it means to have a good defense in my opinion.

Here are two profiles, one being Oklahoma State and the other being another major Power 5 team known for having a strong defense. If you take out the normal variable that is measured to determine a strong defense, yards allowed/game, you find some interesting similarities.

Team A is Oklahoma State, Team B is Virginia Tech. Team B is better in a few areas by a small margin, but for the most part these profiles are comparable. Now if you haven’t been hiding under the Clemson rock for the last two decades, you know that Virginia Tech is known for hard-nosed stifling defense under defensive coordinator Bud Foster. Foster is one of the best in the business, and Virginia Tech has been lucky to keep him this long as DC in Blacksburg.

Glenn Spencer is just fine with this. I think his strategy is pretty simple. Force the offense to take what you give them, and wait for them to make a mistake.

Now as fans, this is a frustrating strategy. Even knowing this, I have found myself pulling my hair out as teams walk up and down the field on the OSU defense at times. Especially given the fact that the expectation for a successful defense from the masses is forcing every drive to be a three and out. Spencer simply wants every drive to end in 0 or 3 points and to give the ball back to his offense.

That may consist of a 65-yard drive and several third-down conversions and end with a missed field goal or turnover, further inflating traditional stats for opposing offenses.

It’s certainly a different way of thinking, but the Big 12 style will make you think outside the box. This conference truly brings a style of play that no other league does, and traditional football has never really seen before. Teams in the Big 12 have churned out QBs completing 68-69+ percent of their passes left and right, some even QBs that are marginally talented who are labeled “system QBs.” That is an outrageous completion percentage, and it’s mainly due to the style of play and really innovative offensive concepts.

I think Spencer’s rationale is you can try to align yourself to cover the whole field, but ultimately leave yourself exposed to explosive plays. Or control the situation by handing the offense certain areas of the field where they can have success and completely shutting down the others.

The areas that are given up are generally ones that are predetermined on film, and designed to put the offense in a position where they aren’t as comfortable. You simply wait to see if the offense can be patient enough to take what you give them consistently. Also some teams are good enough to take what you give them and what you take away (i.e. Oklahoma, Ole Miss 2015 etc.). I think you will find that most of the time all teams get greedy at some point and try to take what is not there, thus leading to a high number of turnovers or positive plays for the defense.

One statistic to support this theory is that in 2016 OSU gave up more points in the in the first half than the second half. OSU gave up 194 points in the 1st half (about 56%), out of 345 points given up total. Compare that to 274 points scored by the OSU offense in the 1st half. As time goes on, OSU’s offense will continue to score and put more pressure on opposing offenses to try and keep up, playing into Spencer’s strategy of forcing the issue.

Now this is all on paper, obviously it doesn’t play out like this all the time. We’ve seen plenty of times where OSU plays poorly on offense in the 1st half and has to come back from deficits in the 2nd half. But the underlying reasoning is let your offense do its thing and force opposing offenses to play the way Spencer wants them to.

Some may hate this strategy, but it’s incredibly hard to field top 15 caliber offensive and defensive teams, especially in a league like the Big 12. Three to four teams come to mind who consistently do this across the country, and they’re able to consistently recruit at a top 5-10 level. The type of talent you have to recruit on both sides of the ball are only done by few, and isn’t really feasible in the case of Oklahoma State at this point. If you know of several 5-star DL recruits who want to come to Oklahoma State, I’m sure Spencer would be thrilled to change his strategy.

Some stats to keep in mind for this upcoming season to gauge Oklahoma State defensive success:

Sometimes this strategy leads to a lot of yards in the box score and ugly defensive yardage rankings, but I think Glenn Spencer is sleeping just fine each night with just one statistic in his favor, and that is another notch in the win column.