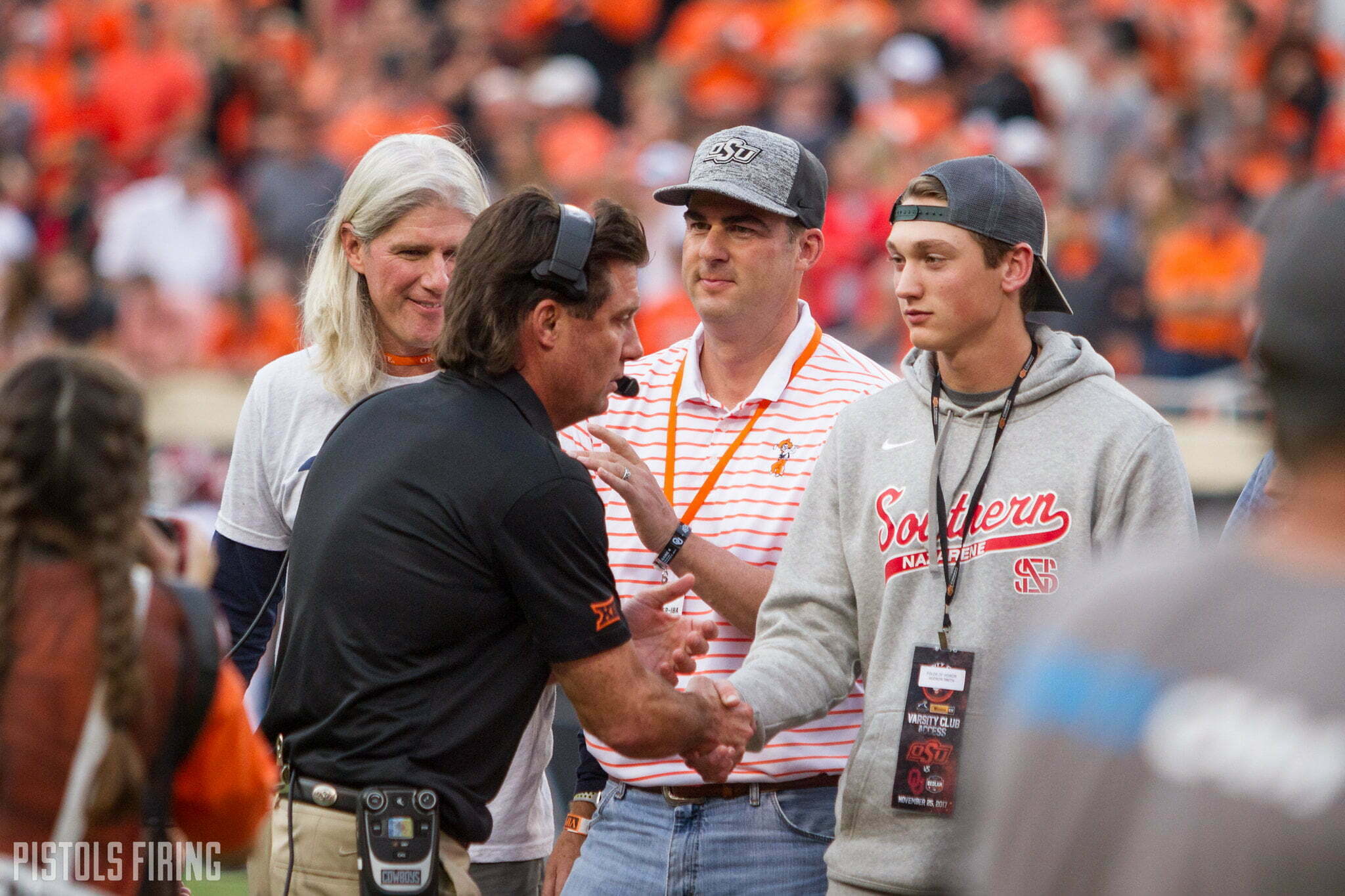 The news that rocked the world of college sports had a direct effect on Oklahoma State.

Last month it was announced that Big 12 bell cows Oklahoma and Texas are heading to the SEC, at least by 2025, leaving remaining Big 12 schools and rivals scrambling for answers.

Regardless of your views about a continuing Bedlam rivalry, this move will have a direct financial and competitive impact on OSU. As you might imagine, Governor Kevin Stitt, an OSU grad, had some thoughts about it.

The Sooner State’s governor is a Cowboy but, obviously, backs both of the state’s schools. He spoke with Shae Rozzi, anchor for Tulsa’s FOX23, this week about myriad issues that concerned the state. Predictably, the conversation made it to the topic of OU-Texit and how it affects the Big 12 — and Oklahoma State specifically — both in the short term and moving forward.

“You know, as governor for obviously both schools and the state, obviously I’m torn,” said Stitt. “I’m concerned for Oklahoma State. I want to make sure the Big 12 finds a home or expands, and that’s a going concern going forward. But at the same time, I’m excited for The University of Oklahoma and the opportunities and the more money at that conference.

“I would love to see OU bring Oklahoma State and both of those schools go together to the SEC. The SEC appears to have the most money and the most leverage with TV contracts. So, we’re working behind the scenes to make sure Oklahoma State gets into a good spot, whether it’s an expanded Big 12 or it’s a merger with the PAC-12.

“But I’ve had conversations with Governor [Greg] Abbott about that. He has three other schools in Texas that are dealing with a similar situation. So, a lot of stuff is unfolding with the NCAA kind of changing and some new court decisions regarding name and likeness for college athletes.

“So, we’re on it. We’re monitoring it. And we’ll make sure that OU and Oklahoma State end up in the best spot possible.”

What exactly that work “behind the scenes” amounts to is unclear, but there has been some speculation that OSU, and at least some of those left-out Texas schools, could join up with another Power conference if it decided to expand.

This week, Pac-12 commissioner George Kliavkoff was quoted stating that a decision on expansion would happen “in the next couple of weeks.” Joining up with another Power conference might be the best bet for OSU, given the future state of the Big 12, and its tough task of replacing two brand names like OU and Texas.