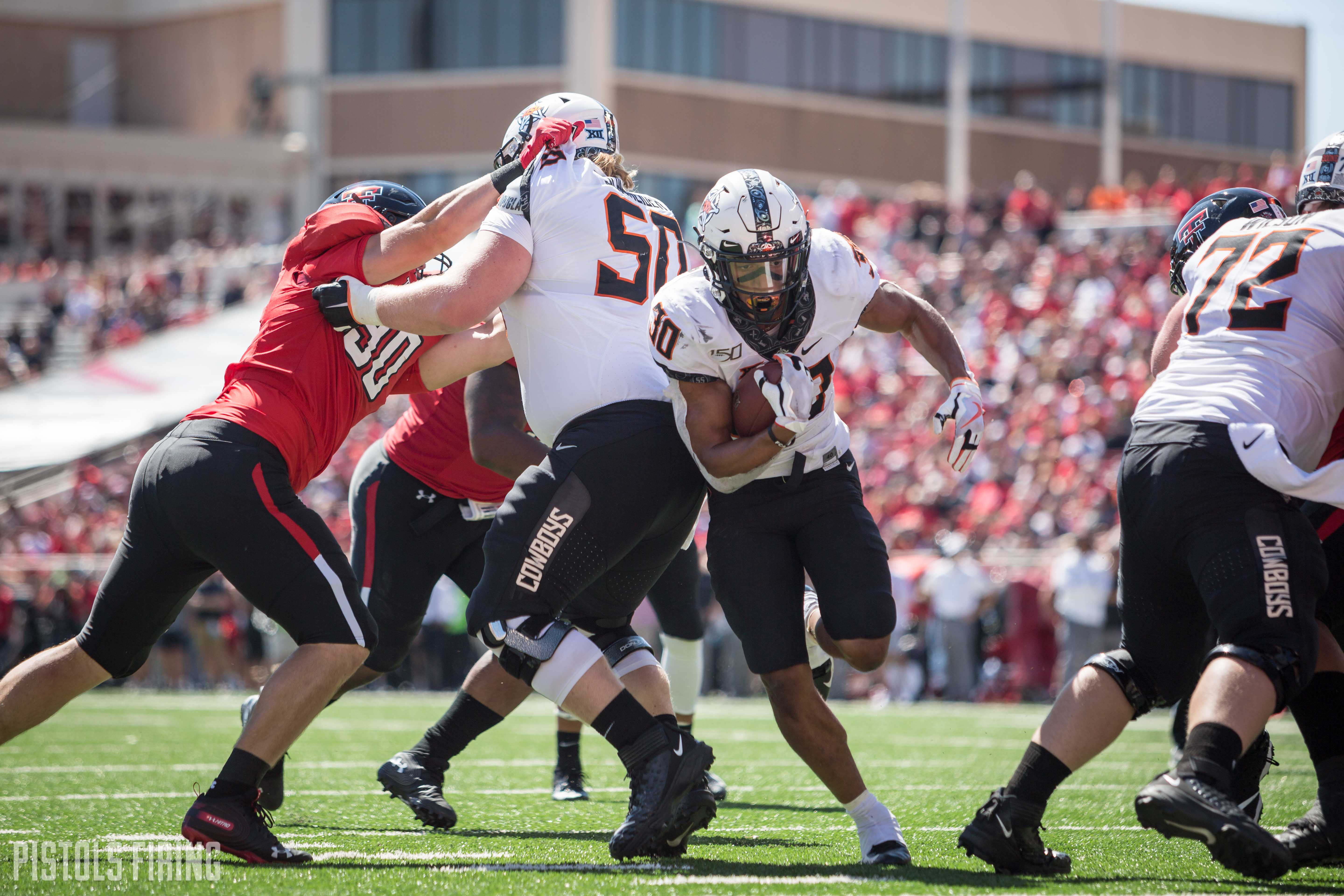 The Cowboys enter their bye week after a lackluster weekend in Lubbock.

Oklahoma State fell to Texas Tech 45-35 on Saturday in a game the Pokes were favored to win by double digits. It wasn’t a pretty game for the OSU faithful, but the Cowboys will get a chance to regroup with a week off before hosting Baylor. Here are my grades from OSU’s game against Tech.

We’ll start with a bright spot in Chuba Hubbard.

Hubbard ran for 156 yards and scored three of the Cowboys’ five touchdowns Saturday. It wasn’t his best outing of the year at 4.6 yards a carry, but any time a 156-yard, three-touchdown game isn’t your best, you’re probably going to be alright.

Hubbard woke up Sunday morning leading the nation in rushing yards and touchdowns. His 1,094 yards lead second-place J.K. Dobbins by 268 yards, and SMU’s Xavier Jones and Wisconsin’s Jonathan Taylor are a score behind Hubbard’s 13 touchdowns.

Hubbard also leads the country in carries. His 162 carries to this point in the year is 18 more than Boston College’s AJ Dillon, so Hubbard deserves this upcoming bye week.

He knows he stunk, but it’d be unfair if I graded him on his good weeks and not on his bad ones.

The OSU offensive line has had highs and lows in 2019. Saturday was a low.

Injuries no doubt played a part in the Cowboys’ struggles up front. The same five guys started OSU’s first four games, but injuries to Dylan Galloway and Teven Jenkins have since caused a bit of a fire drill up front.

The group was better in the run game, but Chuba Hubbard’s 4.6 yards per carry were still his second worst outing of the season.

I thought the Cowboys’ defense held the team in it in the first half.

OSU went into the locker room down 20-7 after OSU’s offense turned the ball over three times in the first half.

In the second half, though, some of that magic seemed to run out, as Tech managed to score every time it needed to.

The Cowboys tackled as poorly as they had all season. Brock Martin had the highest number of tackles for an OSU defensive lineman at only four. True freshman Trace Ford was the only Cowboy to record a sack on Jett Duffey.