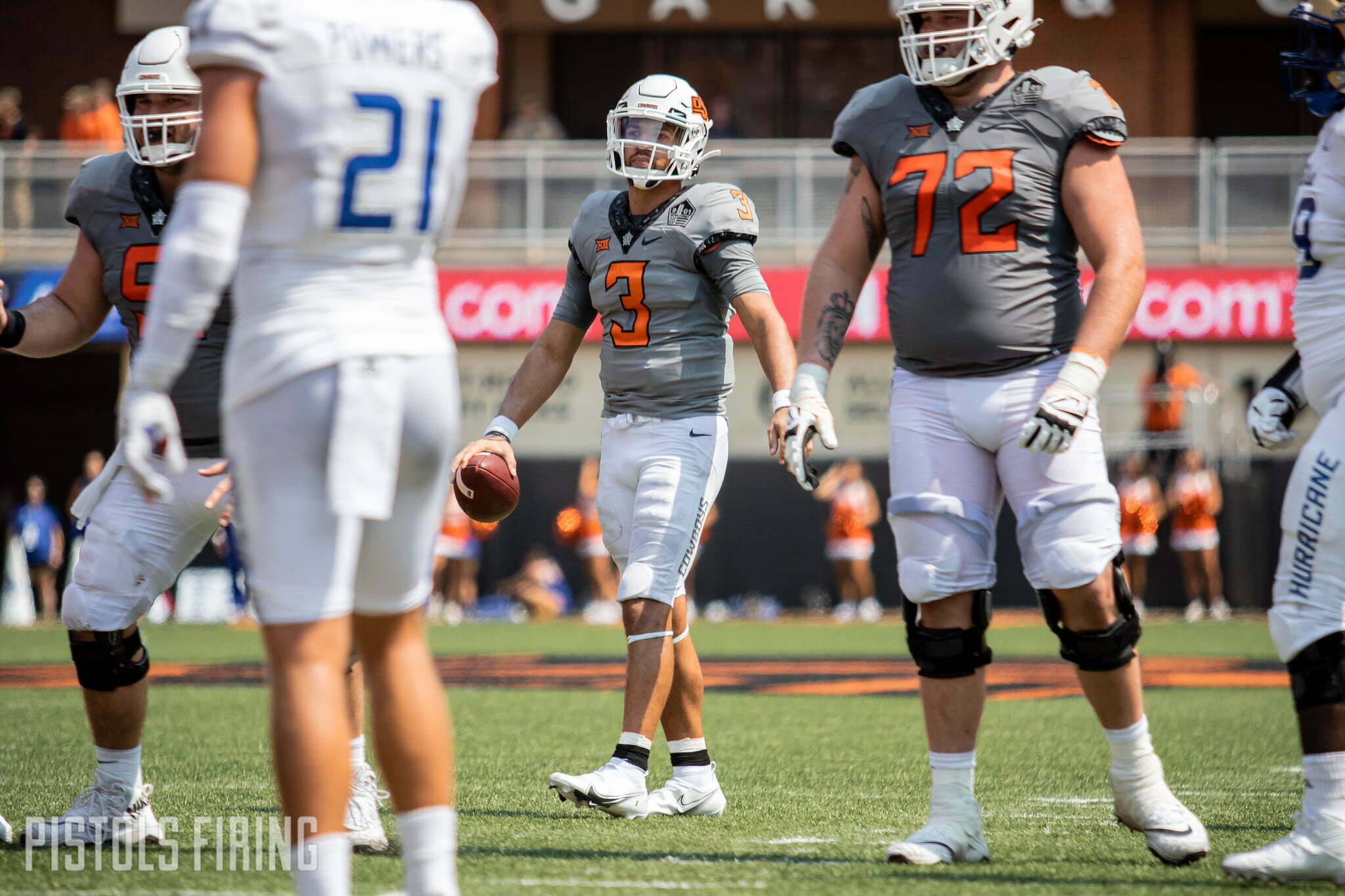 The Cardiac Cowboys of yesteryear have reintroduced themselves again in 2021, and they have done so earlier than expected by squeaking out wins of seven points and five points, respectively, to open the season despite being double-digit favorites in both contests.

Neither win was pretty.

That much is reflected in our Week 2 grades. While the Cowboys again earn a passing grade, because again they won, which is ultimately the goal, there are some blemishes on the report card that Mike Gundy and Co. won’t be too pleased with.

A not-so-hot take I’ll offer here: OSU probably doesn’t beat Tulsa on Saturday if not for special teams. There. I said it. LD Brown scoring a 98-yard TD on a kick return in the fourth quarter to put OSU up 21-17 changed the complexion of the game. OSU’s offense was in a slog and it sure seemed like TU had momentum. Instead, the Brown return was part of a 14-0 run that put OSU ahead for good.

OSU ended the game with more than a football field’s worth of advantage in the return game, which Mike Gundy postgame was thrilled about. That included two nice punt returns from Brennan Presley — one for 19 yards and another for 15 — as well as Brown’s contributions that were rather substantial.

OSU struggled establishing the run last week against a just-OK Missouri State team and struggled again Saturday against a much better Tulsa team. The staff made a few shifts on the offensive line but there was no noticeable improvements overall, with run-blocking still a sore spot. On 43 carries OSU averaged 3.3 yards per carry for 140 total yards. Gundy said his goal is to be around 4.5 yards per carry. There may be more mid-week tinkering this week as OSU tries on the fly to resolve its run game issues, which at this point seem to be the weak spot of the team.

OSU’s defense again played well on Saturday so I’ll give defensive coordinator Jim Knowles an A. But the offensive gameplan left a lot to be desired on the whole, so a D+ grade for Kasey Dunn and that staff drags this down a bit. There wasn’t much creativity with the play-calling and a run up the gut on one particular 3rd-and-7 really left me no choice but to be harsh. OSU really needs to find answers in the running game to get the offense going, else it’ll be leaving Boise next week at 2-1.

There were some incredible moments Saturday for Spencer Sanders on the whole — a back-shoulder fade to Bryson Green, a 37-yard scramble and a few dimes to Jaden Bray — but it was something of a mixed bag in the bigger picture. He had an inexplicable pick-six in which he threw right to a TU defender with no OSU player in sight and could easily have finished the game with three or four picks. He also fumbled on his long scamper and was fortunate that the TU defender recovered it out of bounds. It was his season-opener after a stint in COVID protocols, so we’ll cut him a little slack, but it’s hard to be too excited about his development based off what we saw Saturday.

This Jaylen Warren play: A++

I mean, I’m not saying Jaylen Warren deserves the Heisman. But this definitely makes him the frontrunner, right? … right? Good grief!

Jaden Bray and Bryson Green both made big plays on Saturday to show just a glimpse of what the future of OSU’s receiver position might look like. Bray finished with a team-high 84 yards on four catches and Green had just one catch for 16 yards, but both got into the end zone at key junctures to keep OSU in the mix. There’s going to be some inconsistencies with them — Gundy after the game mentioned Green had a slip-up — but he also added that he immediately turned around and made a huge grab. If you’re OSU you have to be excited about these young guns stepping up in a big spot with Tay Martin injured.