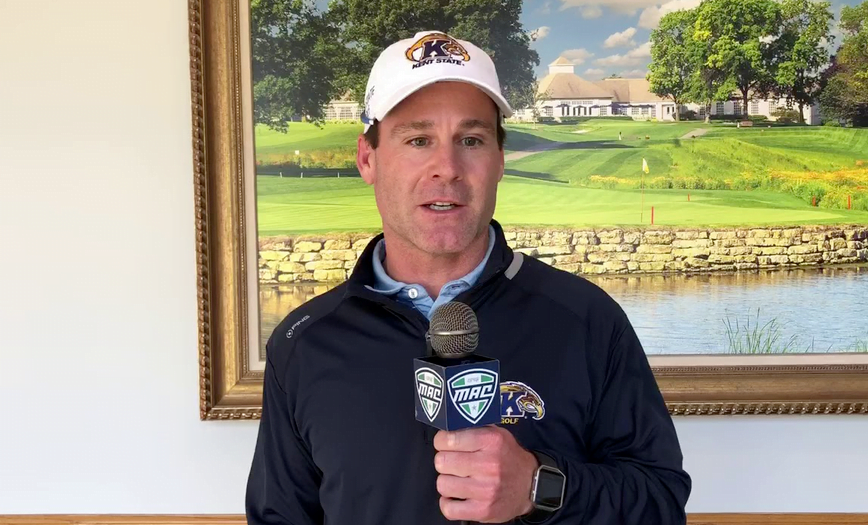 Four-time MAC Coach of the Year Greg Robertson, a former Cowboy golfer, will return to Oklahoma State to become the next head coach of the Cowgirl golf program.

“I couldn’t be happier for our current players, recruits, and future students,” athletic director Mike Holder said in a statement. “We’re blessed that he’s accepted the challenge of leading our women’s program and I’m expecting him to do great things. Welcome home Cowboy!”

Robertson’s coaching career has been even more illustrious than his playing days. At Kent State he coached the women’s golf team to 27 tournament wins and six MAC titles. He also coached four WGCA All-Americans, six MAC Golfers of the Year and five conference tournament medalists. *takes breath.* Also, Kent State thrice went to the NCAA Championships over the last three seasons. In two instances, they advanced to match play.

“Oklahoma State is a very special place to me, and I couldn’t be more thrilled to be coming back to Stillwater,” Robertson said in a statement. “If there’s one place that I would call my ‘dream job,’ this would be it. I can’t wait to get started with the team and working towards winning a national championship. A lot of great things are happening with Oklahoma State athletics, and I’m proud to be part of it.”

Before his time at Kent State, Robertson was associate head coach at Purdue for 11 seasons where he worked with both the men’s and women’s programs. In 2005 he was honored with the Jan Strickland Assistant Coach of the Year Award, given annually to — you guessed it — the best assistant coach in the country.

Robertson succeeds Cowgirl golf coach Courtney Jones, who Mike Holder announced in May would not return for the 2019-20 season.