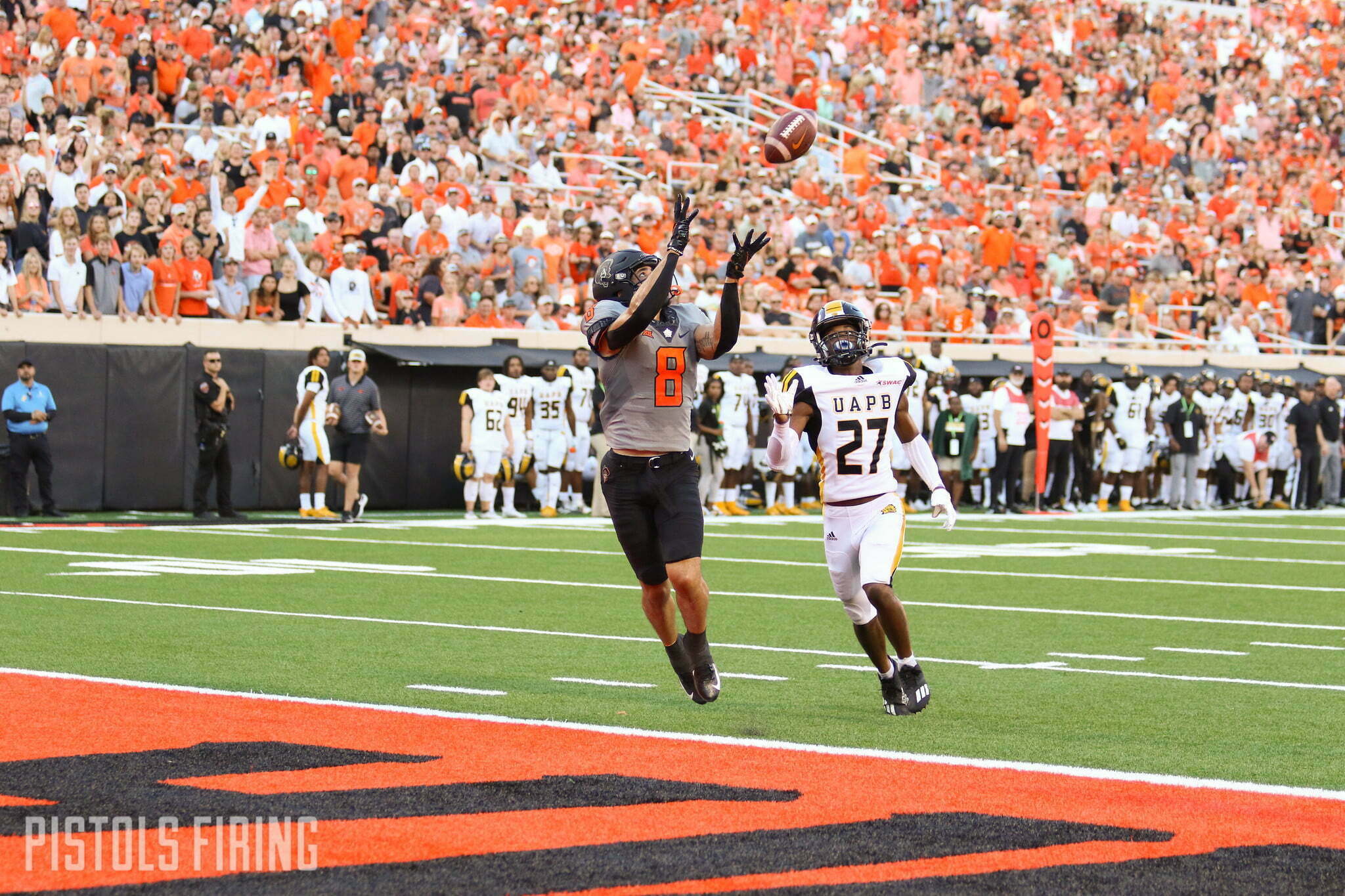 STILLWATER — The Cowboys battled through some injuries this past weekend, but Mike Gundy said he expects the starters who didn’t return against the Red Raiders will be back for the Pokes’ game against TCU this weekend.

Center Preston Wilson, wide receiver Braydon Johnson and corner Korie Black all left Oklahoma State’s 41-31 victory against Texas Tech and didn’t return. Holding his cards close to his vest, Gundy didn’t go too far into the details of any of the players, but he did give a minor update on the three.

“Well, the first thing is, I wouldn’t tell you anyway, but you’re doing your job — I like it,” Gundy said. “Second thing is, I’m expecting them to play, OK? When we get a guy that’s out, I’ll tell you they’re out. But, they should be practicing middle of the week.”

A 6-foot-5, 295-pound junior, Wilson played in 27 of the Cowboys’ 89 offensive snaps Saturday, according to Pro Football Focus. Redshirt junior Joe Michalski came on in his place. After Saturday’s game, Gundy gave a little more on Wilson’s status.

“I know that it’s not a significant injury,” Gundy said. “So, he’s walking around. He couldn’t really push off. Hopefully he’ll be better in three days.”

Johnson is the Cowboys’ leading receiver with 360 yards thus far on 17 catches. A vertical threat, Johnson has the speed to stretch defenses, which — even if he isn’t getting the ball — can open things up elsewhere.

During the game, OSU sideline reporter Robert Allen reported that Johnson appeared to be in concussion protocol.

Black, a long-framed junior corner, played in only nine snaps Saturday. The Cowboys had to rotate quite a bit at corner. On the year, Black has nine tackles and a pass breakup. Gundy said Black ran with the team Sunday night.