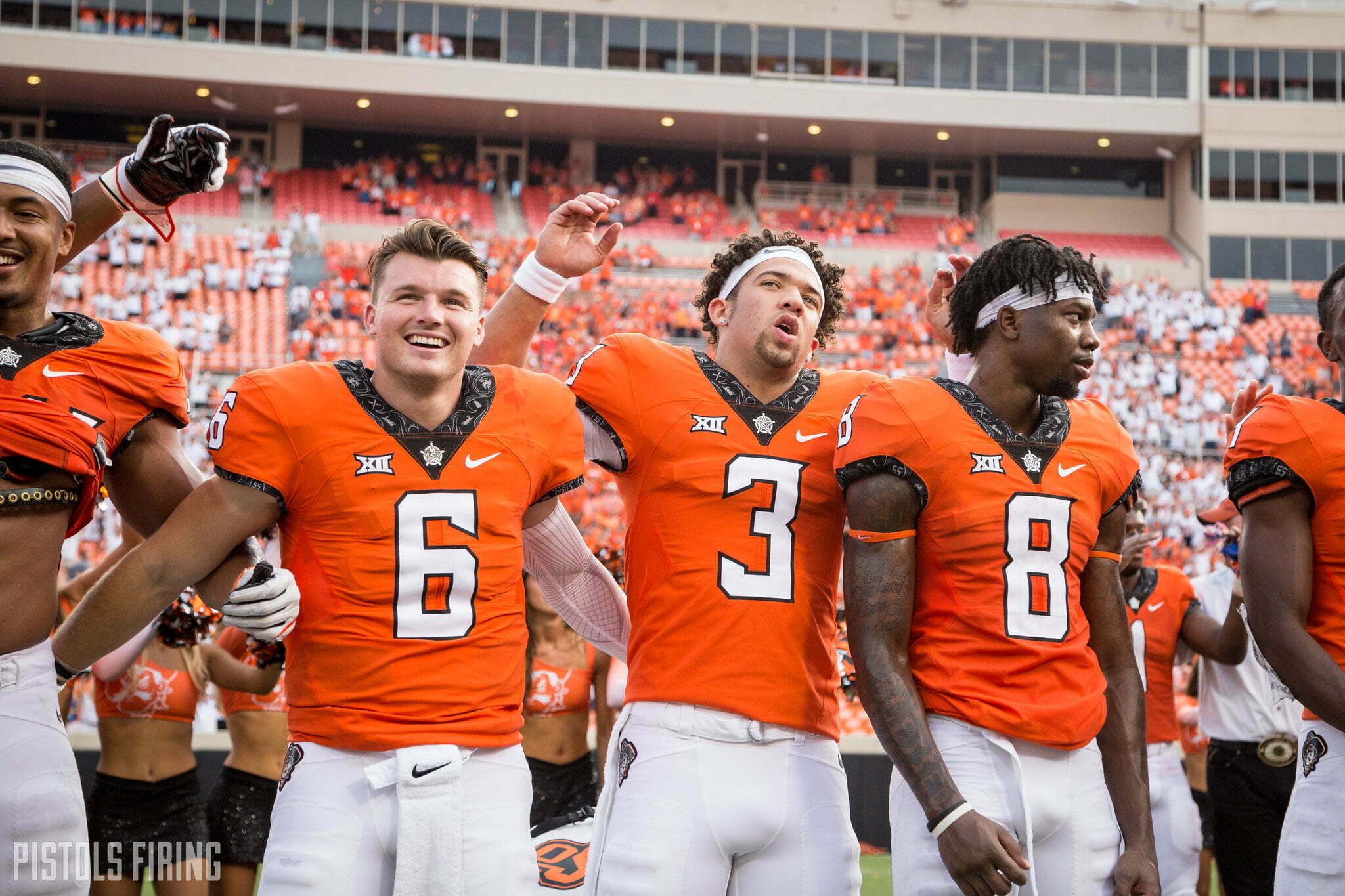 STILLWATER — The Cowboys’ season opener against Oregon State is 17 days out, and the Pokes have yet to name a starting quarterback.

OSU coach Mike Gundy met with the media Tuesday, where the quarterbacks weren’t made available, and Gundy said nothing is different in regards to the quarterback race from his last meeting with reporters. Gundy said what he has said throughout the process this fall: Spencer Sanders and Dru Brown are getting better each day.

Gundy was asked when the duo splitting practice reps starts to become a concern.

“It started last spring,” Gundy said. “And it doesn’t go away for me. Mine and Sean (Gleeson’s) opinion hasn’t changed. If you clearly have a player that’s better than the other, you play him. If not, you have to play both guys. History tells you that you’re gonna end up playing both of them anyway.”

In the past Gundy has needed multiple quarterbacks because of injury, but it hasn’t been that way recently. In the past three seasons, OSU’s backup quarterback hasn’t thrown more than 10 passes.

2014: Walsh played only two games before missing the season with injury. That started the short Daxx Garman era. Garman appeared in nine games that season before falling to the injury bug, which started Rudolph’s career as a true freshman.

2013: This was the last time Gundy had a quarterback battle to the level that he is having now. Clint Chelf played in 12 games and Walsh played in eight. Chelf threw 291 balls that year to Walsh’s 190.

2012: This was the three-headed dragon year of Chelf, Walsh and Wes Lunt. All three had multiple starts that season, and all three missed games entirely.

Brandon Weeden was OSU’s starter all season in 2010 and 2011, and in 2009, Zac Robinson started every game except the Colorado game, where Alex Cate started the game, threw nine incompletions and an interception before making way for Weeden.

So, in the past 10 years, OSU’s starting quarterback has made it all the way through the season five times, and OSU needed its backup quarterback five times (even if it was just for a game i.e. 2015 and 2009).

There is data there to back up whatever side of the fence one leans toward, but there is enough evidence to support Gundy’s claim of needing two guys at some point. If there was only a 50 percent chance a starting quarterback started every game in a season, a coach would probably feel a lot more comfortable having another solid option.

“Reps,” Gundy said. “You just don’t have enough reps to go around. … The only time we’ve ever done it is if we’re using a short-yardage guy, with the exception of Chelf and J.W. that one year because we didn’t have a clue who would be the best player.”

And while it might be a good thing OSU has two guys given a possibility of injury, Gundy said the advantage of having two similar style quarterbacks sharing reps heading into the year stops there.

“If it’s not a short-yardage type, nah,” Gundy said. “I don’t think so. These two guys are kind of the same. If you had two guys and one was like Mason Rudolph and one was a runner, then it’s a little different game plan. So, if he comes in, you gotta be ready for this. If he’s in, you don’t have to be ready for this, but you gotta be ready for that. I don’t really think it’s much of an advantage in my opinion. Defensive coaches may tell you different, but to me, I don’t think so.”