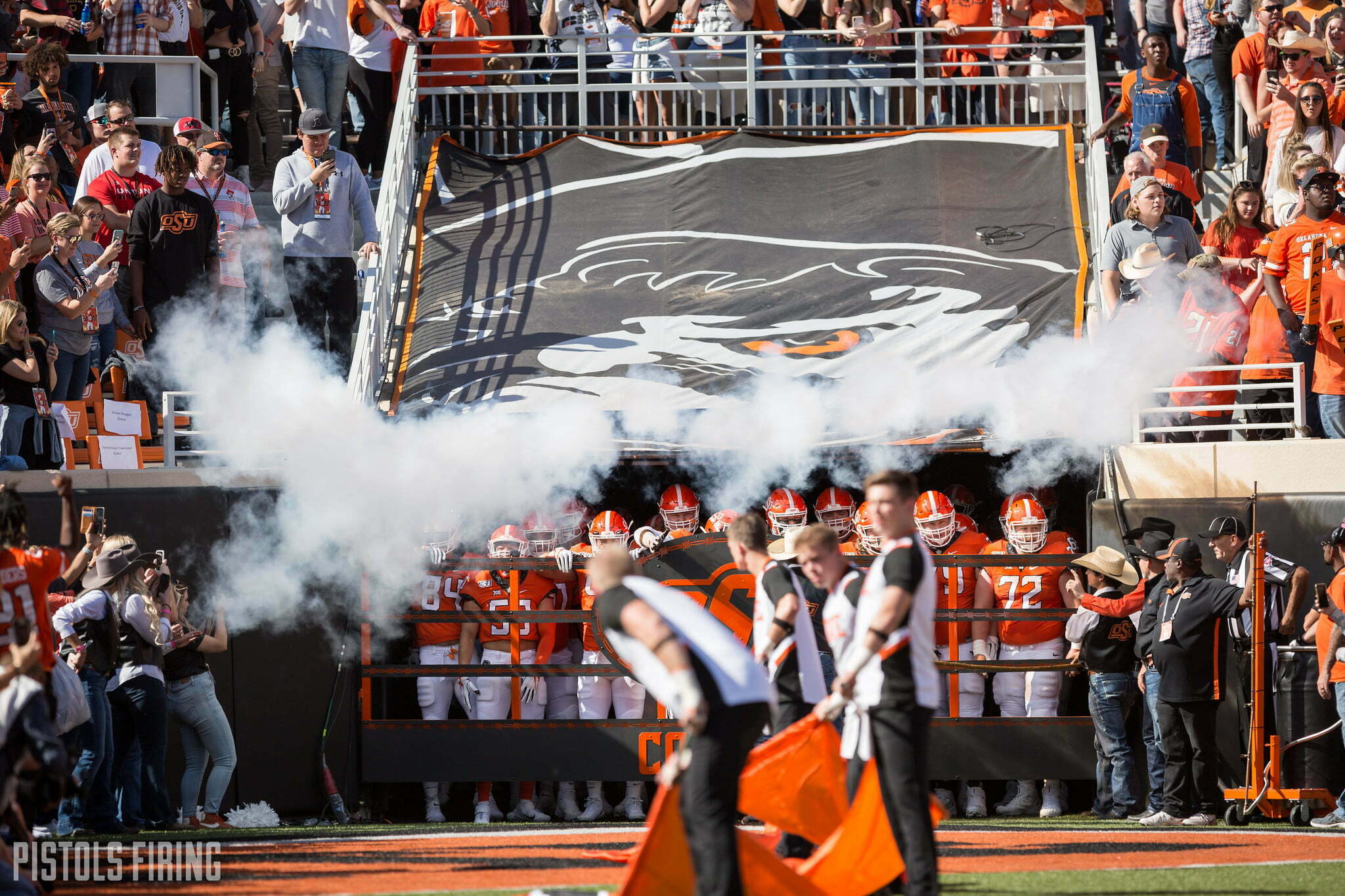 STILLWATER — Mike Gundy isn’t ready to sound any alarms after his team’s 4-3 start.

Oklahoma State is coming off a 45-27 loss to an unbeaten Baylor team. Spencer Sanders, the Cowboys redshirt freshman quarterback, has turned the ball over 10 times in the Cowboys’ three losses, but at his media luncheon Monday, Gundy said he can see the potential his squad has.

“The youth on this team right now,” Gundy said, “the development, the classes that we have redshirted, the players we have, the overall attitude, there’s nothing to worry about.

“… I have been cornered before, but I don’t feel that way now. I’m good. I’m excited. I like the potential. I like the youth. I like the direction we’re going. I see where we’re at. I see what we’re doing.”

Of OSU’s 22 starters from the Baylor game Saturday, only four are seniors: Johnny Wilson, Marcus Keyes, Jordan McCray and A.J. Green. Eleven of those 22 starters are underclassmen. With Chuba Hubbard and Tylan Wallace in their third years of eligibility, they could leave for the NFL Draft after this season. So, it’s likely at least 17 guys return.

For this season, though, the Cowboys record might look quite different if it wasn’t for the turnovers. The Cowboys lost the turnover battle 5-0 in Lubbock a few weekends ago and almost miraculously lost by only 10 points.

On Saturday, the Cowboys led 27-24 in the fourth quarter before the Bears scored 21 unanswered points to win the game, including a fumble recovery-turned-touchdown.

OSU also had a chance to take a 20-10 lead into the half against Baylor before Sanders threw a jump ball short for Jordan McCray in the end zone that was intercepted. Sanders and McCray connected on an identical play for the Cowboys’ first score on the game.

Gundy said Sanders’ demeanor between possessions was that of a “seasoned veteran” Saturday. Sanders’ demeanor has been tested at times this seasons, particularly in the first half of the Tulsa game and the Texas Tech loss. But Gundy said this is part of his young quarterback’s growth.

“Forget the throw at the end of the first half,” Gundy said. “If he doesn’t drop the ball, and they don’t pick it up and run it in for a touchdown, we’re not really having this discussion.

“He had proved that he had gotten better. He will get better each week. I guarantee you. The guy coaching him knows what he’s doing. He will get him better. And Spencer is a very prideful young man. The only issue he has to work on is thinking he can play a perfect game. He’ll accept responsibility. He’ll tell you he’s wrong. He’ll tell you it’s his fault. In a game, he wants to play a perfect game. That’s not gonna happen.”

This makes for consecutive 4-3 starts for a program that is used to finishing near the top of the Big 12. Gundy said he can understand people’s frustration, but this isn’t something that can’t be fixed.

“But, we also live in a society today where people want to b—- and complain about everything instead of putting their pants on and go fix it. We’re gonna fix it. Nobody around here’s gonna b—- and complain, from me to a coach to a player to anybody that works in that building over there. That’s the way it works. That’s the way that we’ll get better.”