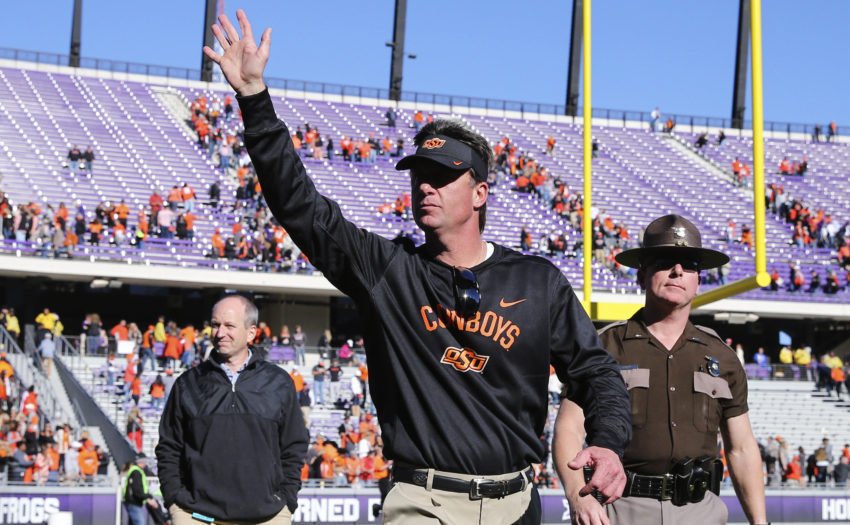 Oklahoma State head football coach Mike Gundy has garnered a reputation of being a players first, blue-collar head coach. His Oklahoma accent and luscious mullet have both led the OSU coach to inadvertently starting his own following. Even most recently, during an American Football Coaches Association convention, Gundy (and his mullet) was a main point of discussion amongst coaches:

Mike Gundy speaking at AFCA. The mullet is still glorious, and everyone here is whispering about it.

Just heard Mike Gundy speak at the AFCA convention in Nashville. The mullet was in great condition. pic.twitter.com/w762d0CtMe

Gundy’s mullet picked up its own cult back in the offseason, but he was the subject of another one in December. During the Alamo Bowl, Reddit college football fans started the hashtag #Gundyfacts, and things got interesting:

Some of those are pretty amazing. Here’s to hoping Gundy doesn’t cut the mullet until after next season.