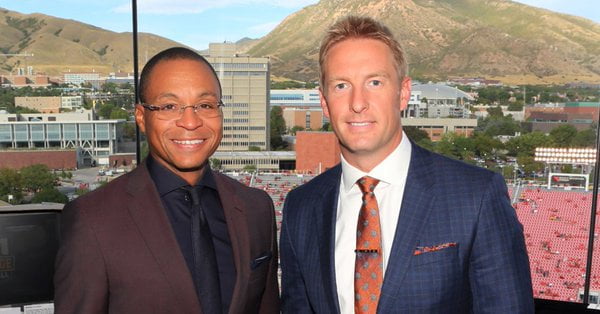 Oklahoma State’s season-opener against Missouri State is mostly a snoozer, and probably won’t move the needle on the national scale. But given the fact that it’s the biggest game of an otherwise mediocre Thursday night slate, FOX is bringing in its A-crew to run the broadcast booth on Aug. 30.

Not only is the ever-popular Joel Klatt set to call the game for OSU’s opener, but he’ll be joined by exuberant play-by-play partner Gus Johnson, Fox announced. They’ll be joined by Jenny Taft.

The most exciting play-by-play announcer in sports, Gus Johnson teams with Joel Klatt, one of college football’s most knowledgeable and respected analysts, for the fourth consecutive year as FOX Sports’ lead college football game broadcasters. For the second year in a row, the pair are joined by reporter Jenny Taft. Johnson, Klatt and Taft pull double duty to open the 2018 campaign, beginning Thursday, Aug. 30, with Missouri State at Oklahoma State at 7:30 PM ET on FS1. [FOX]

Gus has been on a number of big calls over the years on Oklahoma State games — including Rudolph’s first touchdown, the Chelf “Get away from the cops” call, and more, all of which came in mostly entertaining bouts.

OSU is a double-digit favorite over Missouri State on Aug. 30, so it’s unlikely we get a high tension Gus-gasm or specific call we’ll remember for years to come, but having both Gus and Klatt will be a treat for viewers to kick the season off.

You can watch the season-opener on FS1 on Aug. 30. Kickoff is scheduled for 7 p.m.