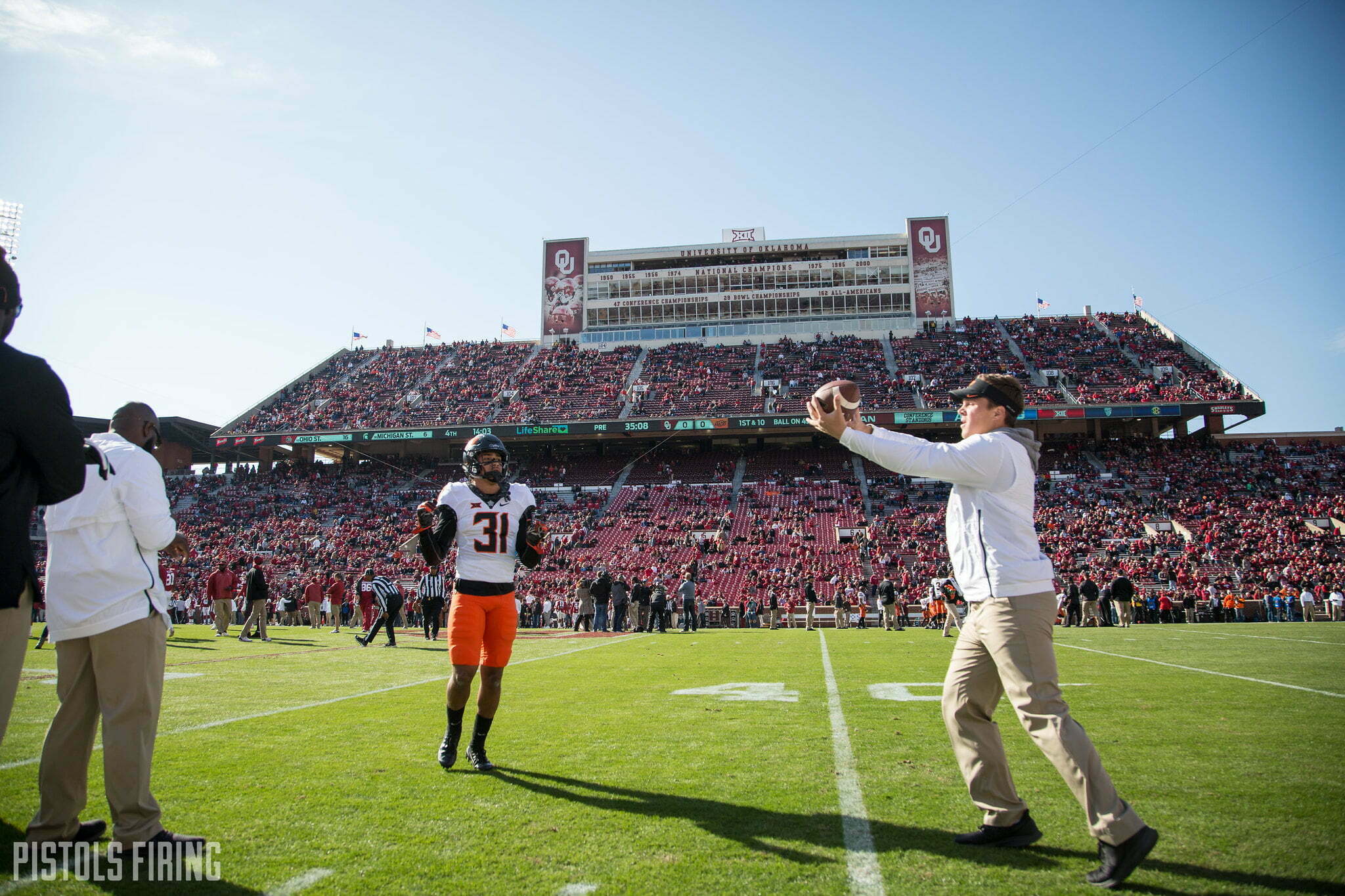 Mike Gundy has guided Oklahoma State to six 10-win seasons this decade, but reaching that double-digit mark is a tall task that in many cases is boosted by a bowl win (save for 2011 — duh — and 2010).

Can he get OSU back into that fabled territory it often grazed in the not-so-distant past in 2019? Let’s take a game-by-game look at the regular season and find out. I’ll handicap each game with my own, very unscientific analysis and percentages.

Analysis: One of these OSUs stinks, and it’s not the one that hails from Oklahoma.

Analysis: The first suggestion when I type in “McNeese State” into google, by google, is an autofill that asks: “Is McNeese State a Division 1 school?” That tells me just about everything I need to know here.

Analysis: TU has a combined five wins over the last two seasons. In the American Athletic Conference.

Analysis: OSU has won five-straight in Austin. That is not a typo. As good as Texas is going to be this year (or should I say: as much hype as Texas has earned, the most predictable tradition in college football), I feel like that’s more than just luck. Gundy loves kicking some Texas behind and leaving the state with a W. Still yet, UT has home-field and a better team on paper. Giving them the slight edge, but won’t be shocked if OSU carries home the W.

Analysis: I’m sure Chris Klieman will turn out to be a fine college football coach at this level, but I’m dubious his decision to replace a legend will result in insta-success at K-State.

Analysis: I’m kind of in on Matt Wells and what he’s doing at Tech. And it obviously worked well for him at Utah State. I’m basing my odds on this being a night game with tortillas flying all over the field. Because it always feels like OSU gets Tech on the road at night.

Analysis: Matt Rhule and Baylor got the better of OSU last year in part because of a meltdown on the part of OSU. I suspect OSU wants to turn the tables this year — and this is homecoming. Adding five percentage points for that advantage alone.

Analysis: They say if you have two quarterbacks, you have none. But at Big 12 Media Days, Gary Patterson said TCU has six. Six! They’d be better off trying to score each time defensively and willingly punting away on first down offensively than trying to figure out that mangled quarterback mess.

Analysis: No game is a guaranteed win, but …. sorry, Les.

Analysis: The moonshine is going to be flowing in Morgantown by 6 a.m. Unless this is an 8 a.m. kick, I fear this atmosphere is going to suck the juice out of OSU.

Analysis: I know this is on home turf and all, but OU-coached teams — whether it’s Bob or Lincoln — just have Gundy’s number. I’d actually feel better about this game if it were in Norman.