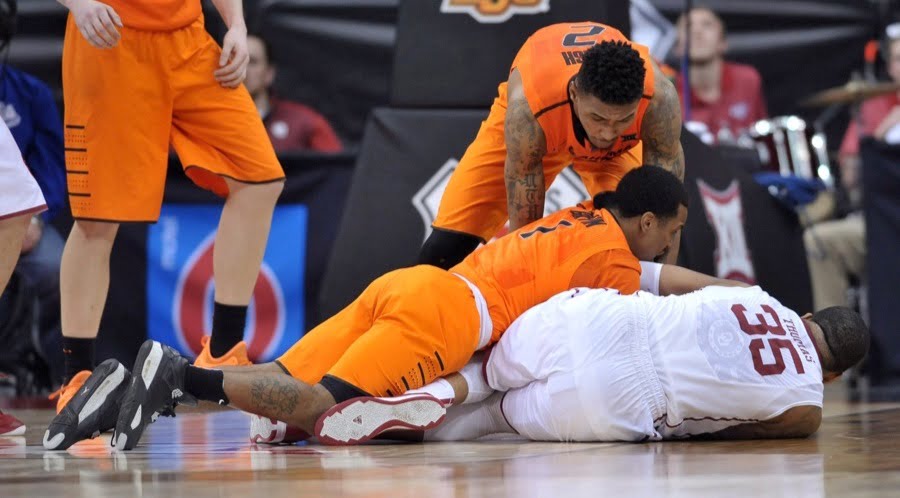 The angst over Oklahoma State’s basketball team is peaking just as the Pokes prepare for their third straight NCAA Tournament.

There are a number of questions over whether this team is even NCAA-worthy. If you were picking the 68 best teams in the country right now to fill out a bracket, no, OSU is not one of those.

Thankfully, your body of work matters and it’s easier, for some reason, for the basketball selection committee to look at a season’s worth of work than for the football committee which basically says “what did you do in your last game?”

I say no for three different reasons.

Ahhh, the RPI. Killer of dreams, birther of Cinderellas. This year, it’s going to punch OSU’s ticket to the dance. Why? OSU is currently ranked No. 47.

As John Helsley pointed out earlier this week, there’s no historical precedent for leaving a team with OSU’s resume out of the tournament.

Since 2004, no team from a major conference with a top 50 RPI and six wins over top-50 RPI teams has been left out of the NCAA Tournament.

You can even plug OSU into this little tool to show that since 2011 almost every single team that has been in the top 50 in RPI has gotten in the tournament.

That leads us to…

2. A weak bubble is a strength for OSU

This year it’s built like what I imagine John Kolar looked like as a freshman in high school. Four teams firmly on the edge teetered off of it on Thursday which basically solidified OSU’s stance in the tournament no matter what it did in Bedlam III.

3. The presumed strength of the Big 12

I’m a believer that the Big 12 was overrated this season for reasons we don’t have time for right now, but Jerry Palm of CBS thinks it’s part of the reason OSU will get in:

However, their strength of schedule, their six top-50 wins, half of which came away from home, and the fact that nine of those 13 losses are against Top 25 teams will likely keep them in the bracket.

In fact, Joe Lunardi doesn’t even think OSU will have to play the early week game in Dayton which is usually a harbinger for a bright Selection Sunday future.

Does all of this mean it’s a foregone conclusion? No, certainly not.

But because of a dearth of bubble teams, a history that says top 50 RPI teams get in and the perceived strength of the Big 12 (can the committee only take five teams from the “best conference in the country”?), OSU will be dancing on Sunday.[1. Side note here, if it takes Texas, it can’t not take OSU. That’s a good thing for OSU, obviously.]