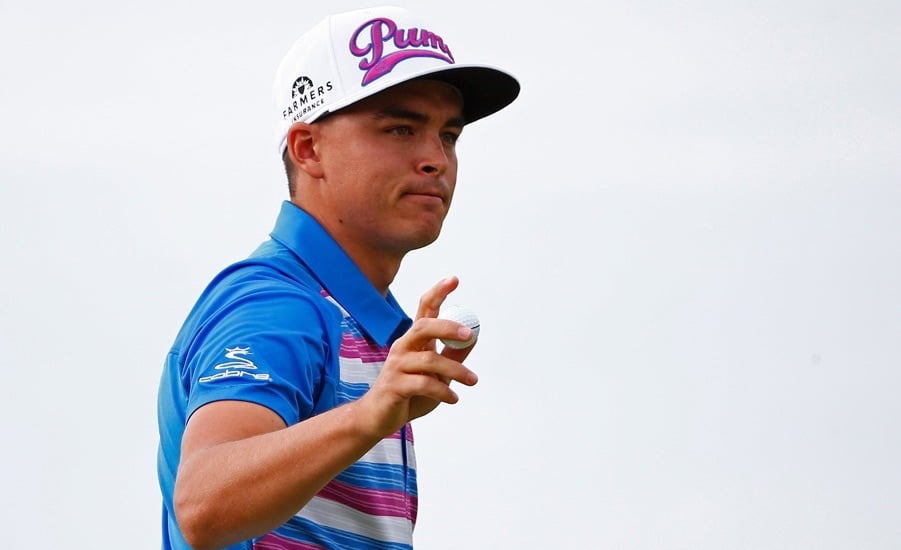 Rickie Fowler opens his 2015 campaign at the Phoenix Open this week. (Getty Images)

Rickie Fowler is the perfect spokesperson for any company looking to push golf-related swag onto customers. There are three dozen reasons for this but foremost among them is this story from the 2014 BMW Championship.

The tale comes to us from Sports Illustrated’s (just think of them as Golf.com instead) Cameron Morfit who was at Cherry Hills last fall to watch Fowler.

Morfit came upon a couple of teenagers who were watching Fowler warm up.

Rachael Davidson and Teddy ­McNaughton, each 15, were fine with that because they soon found themselves talking to a reporter who had met Fowler, and talking about Fowler was almost as exciting as watching him play.

“I want to start playing because of this,” McNaughton said.

“I just stopped playing soccer to take up golf,” Davidson said. “I’d been playing soccer since I was three, so it was a big decision. Rickie switched to golf, so I did too. I want to meet him so bad.”

Did you hear that? I’m going to quit soccer to play golf and buy all the stuff Rickie Fowler wears and uses. That’s amazing.

Cobra Puma just signed him to a long-term deal which is great for Fowler (all of the colors) but even better for Cobra Puma.

Fowler might only have one career PGA Tour win but that’s of little concern to his sponsors because of all the folks in golf circles not named after animals, Fowler might be the one who matters most when it comes to growing the sport.

Also, this was awesome: