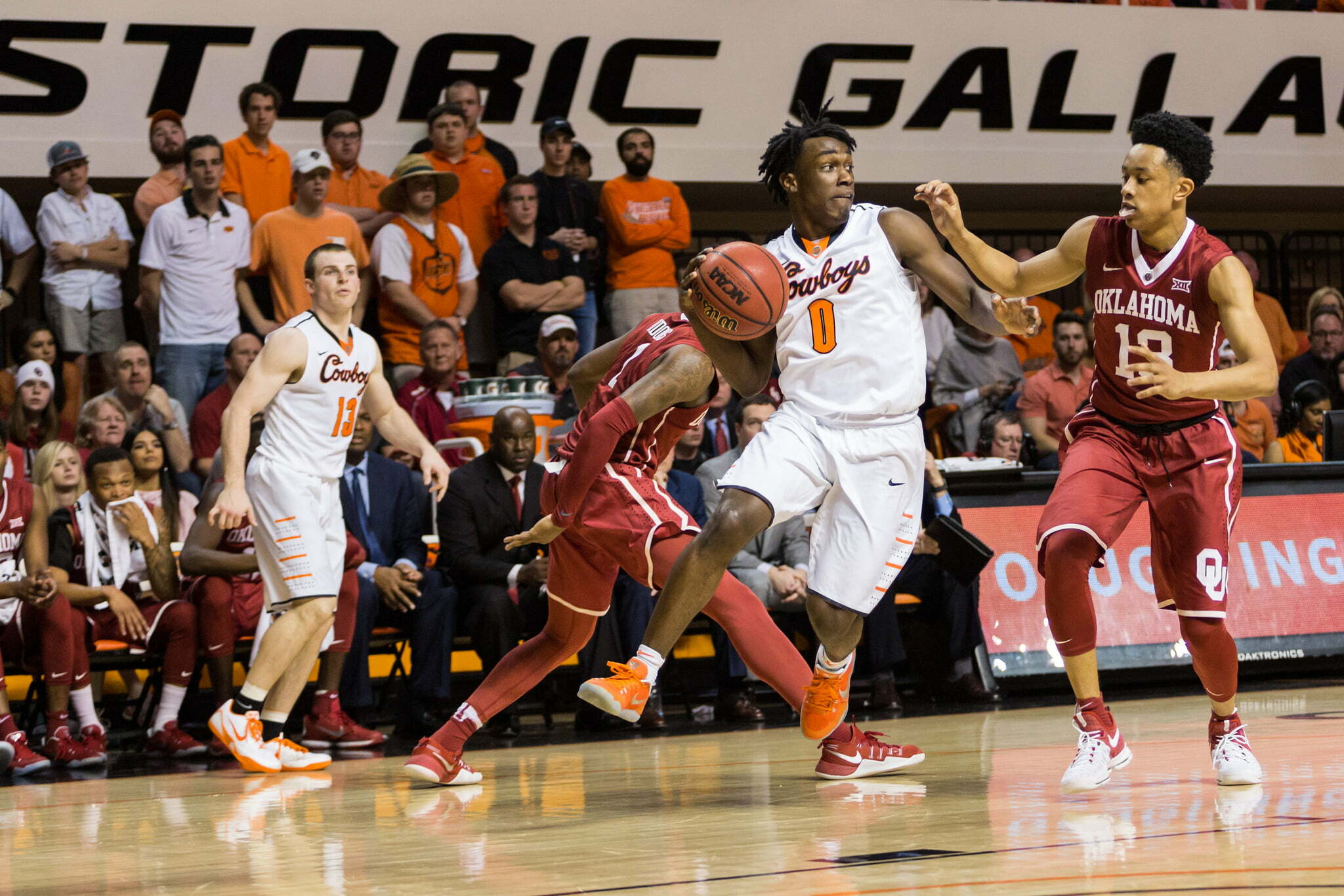 Brad Underwood’s first season in Stillwater has been a wild but fun roller coaster. The Cowboys, under the inspired brilliance of Jawun Evans, started the year strong, going 10-2 in the non-conference schedule, their only blemishes being a loss in Maui to North Carolina (currently No. 8 in the AP Poll at 23-5) and to Maryland (now ranked no. 24) in College Park by a single point, in a game it lead the whole game and quite frankly, should have won.

Then came the lowlights.

The Cowboys dropped six straight to start Big 12 play, sitting in dead last in the conference at 0-6 and just 10-8 overall following a 96-88 defeat to Kansas State on their home floor on January 18th. Jawun Evans looked a step slow, Phil Forte couldn’t get it going consistently, and the Pistols Firing Blog staff probably could have dropped 90 on the Cowboy defense the way they looked. The season was spiraling a bit, and it felt like the honeymoon phase with Brad Underwood was officially over.

After the K-State loss, Brad Underwood (now rather famously in these parts) made a defensive adjustment, calling off some of the pressure that had lead him to an sparkling 89-14 record at Stephen F. Austin and the call from Mike Holder to replace Travis Ford.

That, combined with the lightening up of the schedule and emergence of several key contributors (looking at you, Mitch Solomon and Davon Dillard) worked wonders for the Cowboys, who have caught fire, winning eight of nine games.

Included in the streak are two heart-stoppers over the rival Oklahoma Sooners, a 28-point beatdown of Arkansas (then a top four team in the SEC), and a road win over a top 10 opponent against West Virginia in Morgantown, among others. Brad Underwood has Starbucks believing in him, Gallagher-Iba Arena is rocking like it hasn’t rocked in years, and Oklahoma State is thundering into late February.

Through all the the ups and downs, there has been one constant: his Oklahoma State team has gotten buckets. According to KenPom.com, the Cowboys sit No. 2 nationally, behind only UCLA’s historic offense, in adjusted offensive efficiency. The Cowboys average a ridiculous 125.4 points per 100 possessions, and show no signs of slowing down after another a 96-point outburst at the Old Barn on Saturday.

They start Jawun Evans, one of four players in the nation averaging at least 16 points and 6 assists per game in conference play. Phil Forte, the all time Oklahoma State leader in 3s. Jeffrey Carroll, the most improved player in the nation, averaging a cool 17.7 points per game on 55 percent shooting from the field. Need I keep going?

I want to love anything someday as much as this guy loves Forte 3s. pic.twitter.com/ZRMJrGK9hZ

To put this in perspective, there has only been one team in the history of the Big 12 that has averaged more points per game than these Underwood-led Cowboys: the 2001-2002 Kansas Jayhawks, who averaged an astounding 90.9 points per game.

The short answer is no. The Cowboys would have to average over 123 points per game in their last four games to catch that 2001-2002 Jayhawk team’s 90.9 points per game. Or slightly less than that when you throw in a couple of postseason games.

However, it doesn’t take away from the fact that this has been the most prolific offensive basketball team in the proud history of Oklahoma State hoops in Brad Underwood’s first year. This team’s 3-point shooting, offensive rebounding, and ability to turn over opponents on the defensive end has the Cowboys playing like one of the better teams in the nation heading into March.